EU says it will not renegotiate Northern Ireland Protocol 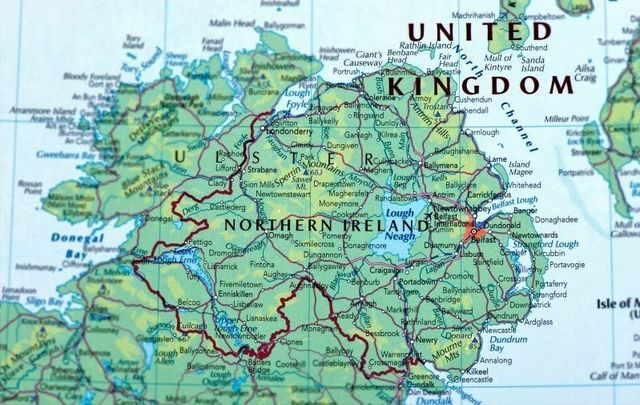 The UK government this week published a 'command paper' with proposals on the way forward for the Northern Ireland Protocol. Getty Images

Prime Minister Boris Johnson today presented his new 'command paper' on the Northern Ireland Protocol to the President of the European Commission and further sought backing for it from German Chancellor Angela Merkel.

Ursula von der Leyen, the President of the European Commission, today said that the EU will not renegotiate on the Northern Ireland Protocol following a call with UK Prime Minister Boris Johnson.

Von der Leyen did say that the EU will "continue to be creative and flexible within" the framework of the Protocol.

The EU will continue to be creative and flexible within the Protocol framework. But we will not renegotiate.

We must jointly ensure stability and predictability in Northern Ireland.

A brief statement from Downing Street after the phone call said: “The Prime Minister spoke to the President of the European Commission, Ursula von der Leyen, this morning.

“They discussed the UK’s Command Paper on the Northern Ireland Protocol published yesterday.

“The Prime Minister set out that the way the Protocol was currently operating was unsustainable. Solutions could not be found through the existing mechanisms of the Protocol. That was why we had set out proposals for significant changes to it.

“He urged the EU to look at those proposals seriously and work with the UK on them. There is a huge opportunity to find reasonable, practical solutions to the difficulties facing people and businesses in Northern Ireland, and thereby to put the relationship between the UK and the EU on a better footing. They agreed to remain in touch.”

Following his call with von der Leyen, Johnson engaged with German Chancellor Angela Merkel hoping to get her backing on his proposals. In their call, Johnson "explained that the Protocol was failing to deliver on many of its intended objectives: to minimise disruption to everyday lives, to respect Northern Ireland’s integral place in the UK’s internal market, and to preserve the delicate balance in the (Belfast) Good Friday Agreement in all its dimensions."

The calls between the leaders comes the day after the UK government published a 'command paper' on the Northern Ireland Protocol in which it lays out new proposals for "the way forward."

In his foreword in the document, Prime Minister Johnson writes: “It is increasingly clear that we cannot solve the problems simply by a rigid and unpurposive application of the Protocol in its current form.

“Indeed the difficulties are so profound that I have had to consider whether safeguarding action is necessary under the Article 16 framework which the Protocol provides. My conclusion is that the circumstances in which we find ourselves would justify such an approach.

“The same sense of responsibility that brought the Protocol into being must be summoned again, in recognition of the fact that it is failing to deliver on what it set out to achieve.”

In their introduction, Lord David Frost, the UK's Brexit Minister, and Brandon Lewis, Northern Ireland's Secretary of State, write that the UK government seeks “a new approach based on negotiation and the finding of a new and enduring consensus.

“Our hope and aim is to change the current trajectory, because it risks undermining the fundamental objectives of the Protocol. In the spirit of good neighbourliness, but also recognising the unique responsibilities placed upon it as the Government of the whole United Kingdom, the Government believes that negotiation and common working together with the EU is the best means of providing swift, stable, and lasting solutions.”

The Northern Ireland Affairs Chairman, Conservative MP Simon Hoare, responded to the publication of the command paper saying: “The Government has announced an interesting approach to this issue. If there is to be any chance of change, mutual and binding trust will be the key currency.

"I am fearful that this is in short supply and needs to be worked on energetically and now. Common sense and pragmatism must not be a dirty word for either side.”

Separately on Thursday, Taoiseach Micheál Martin met with Doug Beattie, the new leader of the UUP in Northern Ireland, and discussed among a number of issues the Northern Ireland Protocol.

Useful and engaging meeting today with @uuponline Leader @BeattieDoug and Deputy Leader @RobbieButlerMLA We discussed a range of issues including legacy, Brexit and the NI Protocol. pic.twitter.com/7u5KBnQbDO