While the Brexit breakthrough could change everything utterly, there is still the matter of unionist opposition. 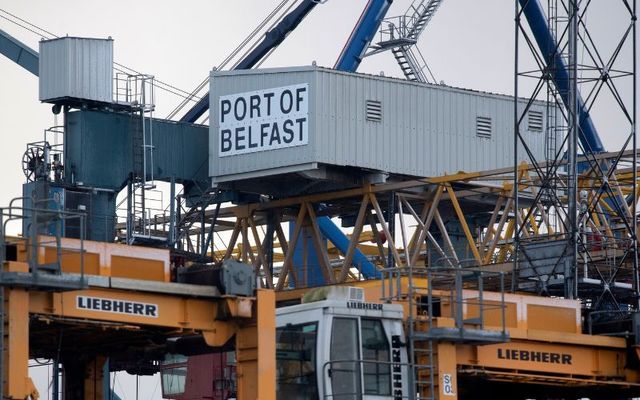 There was very good news on Brexit last week as British and European Union negotiators essentially agreed to a way around the Brexit issue which was a remarkable achievement.

The breakthrough would allow a fast lane for goods from Britain into Northern Ireland with minimum oversight by the EU.

The new deal, if finalized, would grant “trusted trader” status to the big supermarket chains which sell the bulk of goods. Currently, they are forced into exhaustive form filling and long delays which has caused massive friction and led to many empty shelves in Northern Irish stores, but the new proposed deal would eliminate that backlog.

Everything would change utterly. “Allowing the big supermarkets to send their goods unimpeded would account for 80 percent of the current problem and would mean shelves were fully stocked – the remedy most likely to be noticeable to ordinary people in Northern Ireland,” wrote the UK Times.

The proposed deal on the largest part of the problem came after a complete change of attitude on the British side, with new UK Prime Minister Rishi Sunak pushing for a settlement.

The main reason for that is that Sunak has accepted what Boris Johnson, his predecessor, never could – that Brexit is a disaster for Britain and is now wildly unpopular.

Brexit has pulled down the Tory Party too, with recent polls showing the party trailing Labour by 48 percent to 23 percent, with the remainder going to the Liberal Democrats.

Sunak is perfectly aware that if those figures were duplicated in an actual election, the Tories would be effectively wiped out as a political party.

It is also a good time to make a Brexit move as the pressure from the right-wing loonies within his party has eased dramatically. These radicals have been proven utterly and ineffably wrong in their belief that Brexit would be a magic elixir for the British economy.

Of course, there is the little matter of unionist opposition to the plan, as they may claim it still makes them less British than their counterparts on the mainland.

It would not be the first time Ulster said no. Indeed, if the word “no” was deleted from the dictionary, unionism would be speechless.

Sunak knows there is also the upcoming visit to Northern Ireland by President Joe Biden in April when he is expected to be in Belfast for the 25th anniversary of the Good Friday Agreement.

Biden also appointed former Congressman Joe Kennedy as his Special Envoy to Northern Ireland, a sure sense of his interest and involvement in this issue.

Unionists will no longer be able to play the orange card as the Tories do not need their votes to survive in power. Neither is the hard right pro-Brexit lobby in a position to gum up the works given the Tory fiasco of four prime ministers in three years.

Sunak, of course, has to play a leading role in completing the deal. His pragmatism is truly welcome after the looniness of Liz Truss and the spiteful lying on the issue by Johnson.

What seems obvious is that the delayed Northern Ireland Assembly elections will now take place around May or so, and that the DUP will have a mighty issue to contend with in their wake.

Do they continue to say no to any deal and risk political irrelevance, or will they finally go back into the Northern Ireland Assembly and bring an end to yet another sordid chapter in their all-out resistance to change? We await the answer.