Rishi Sunak is expected to attempt to find time to delay any decision on Northern Ireland and the Protocol as he becomes Prime Minister just days before an election could be called in the region. 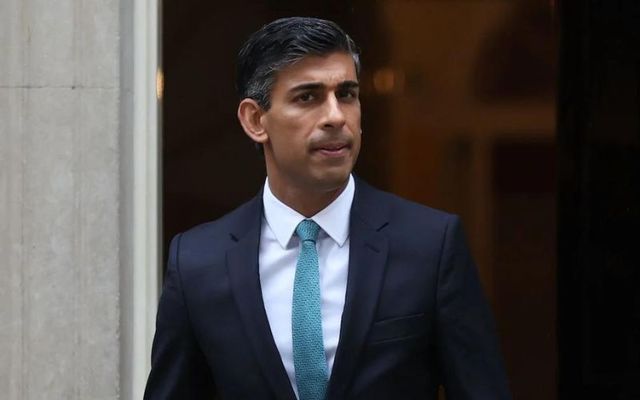 New Prime Minister Rishi Sunak, the UK's third within less than 50 days, has promised there will not be an early general election in Britain – but his real immediate test is to avoid a Stormont Assembly election in Northern Ireland.

With just days to the October 28 deadline when a Stormont election must be called, there remains uncertainty if Rishi Sunak is ready to stand against the opposition to power-sharing by the Democratic Unionist Party (DUP) or cave into its blackmail over the post-Brexit Protocol which is designed to ensure a soft trade border in Ireland.

The British government under Sunak’s short-lived predecessor Liz Truss already said if the DUP continues to resist power-sharing, by the deadline date of October 28, there will be a pre-Christmas Stormont election.

Sunak, at 42 the youngest British prime minister for more than 200 years and the first of Asian origin, is expected to attempt to find time to delay any decision on Northern Ireland as he was only elected Tory Party leader on Monday afternoon after both rivals Boris Johnson and Penny Mordaunt withdrew. He formally entered 10 Downing Street on Tuesday, October 25.

A hint of a likely delay over Northern Ireland came less than two hours after his election from an unusual source, Irish Foreign Affairs Minister Simon Coveney. He acknowledged in Galway that it would not be possible to resolve issues over the Northern Ireland Protocol by the end of the week.

Coveney said both the British and Irish governments would have to try and work with the DUP, to see if an “unnecessary election” could be avoided by forming a power-sharing Executive.

If not, Coveney said the Irish government would work with Sunak’s new administration, to look at the consequences of that.

On the other side of the Irish Sea, there was a clear hint of how Sunak might be expected to respond to the Protocol problem from two Tory MPs who have different views on Brexit and other issues, but who were united to express their joint opinion that Sunak is the person to secure legitimate interests around the Protocol.

One of the MPs is arch-Brexiteer Steve Baker, who recently told a Tory conference that he was prepared to eat humble pie because he failed to understand Irish concerns over Brexit. The other is Simon Hoare, chairman of the Northern Ireland affairs select committee and an occasional target of the unionist community.

Both teamed together for a feature in The Times where they wrote, “In recent weeks, the U.K. government has re-extended the hand of friendship to Ireland. The work of multiple ministers appears to be paying off.”

They added that they don’t want the British government to have to use the provisions of the Protocol Bill (which would wipe most of the Protocol details). They wanted the incoming government of Sunak to continue its “laser-like focus” on talks and to deliver on the present policy.

They said, “It can be done. The deployment of sophisticated statecraft is required...To that end, we are both agreed that a Rishi Sunak-led government is best able to achieve the outcomes we both want to secure the legitimate interests of the whole U.K., Ireland and the EU.”

On Tuesday, as Sunak was entering Number 10, Sinn Féin called for an urgent meeting of the Stormont Assembly. Michelle O’Neill said her party is attempting to restore the power-sharing Executive and is working with other parties prior to the October 28 Assembly election deadline.