The Irish government expressed cautious hopes that Liz Truss will be less rigid on the Northern Ireland Protocol, but she gave no indication of that on the first day in her new office. 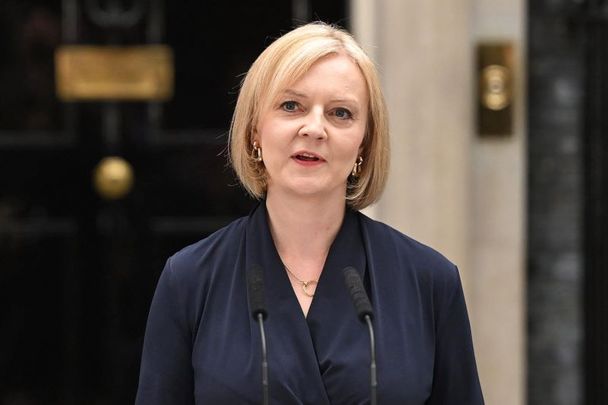 Relations between Ireland and Britain, at rock bottom under ousted Prime Minister Boris Johnson, remain on a tightrope with this week’s appointment of his successor Liz Truss.

Sinn Féin demanded that she should stop “pandering” to the Democratic Unionist Party (DUP) which opposes the Northern Ireland Protocol, a post-Brexit agreement to ensure a soft Irish trade border.

The Irish government expressed cautious hopes that Truss, who models herself on Conservative hardliner Margaret Thatcher, will be less rigid on her previous attitude to the controversial, but she gave no indication of that on the first day in her new office.

In her victory speech, she did not even mention Northern Ireland or the Protocol.

The Irish Times editorialized on Tuesday that Johnson’s period in power was an abject humiliation and prompted the rapid unwinding of post-1998 Anglo-Irish relations with a mixture of sadness and incredulity. Now Britain would be led by someone who offered herself as the continuity candidate and was “indebted to the wilder fringes” of her party.

Truss is a former Liberal Democrat activist who switched to the Conservatives. Her 22-year marriage to accountant Hugh O’Leary survived a scandal in 2006 when her affair with former Tory MP Mark Field was revealed.

Michelle O’Neill, Sinn Féin vice president, said minutes after Truss was elected new Tory leader that she wanted to see a “change of tack” from the new prime minister and there should be “no more pandering to the DUP.”

Taoiseach Micheál Martin said he would be contacting Truss to offer talks and hopefully negotiations with the EU on the Protocol. He said, “I see this as an opportunity to re-set relationships between Great Britain and Ireland post-Brexit and also between the EU and Great Britain.”

Congratulations @trussliz on your election as Conservative party leader.

I look forward to working with you, as PM of our nearest neighbour, on important issues we face together, both bilaterally and globally.

Irish Foreign Minister Simon Coveney expressed Dublin hopes that, with the strength of new political power, Truss might achieve a “sensible compromise” on the Protocol.

As British foreign secretary, Truss angered the European Union with her plans in a bill to scrap part of the Protocol.

The DUP has blocked the formation of a power-sharing executive with Sinn Féin and other parties at Stormont in protest at the Protocol. The party wants Truss to maintain her hard line against the protocol arrangements. That would almost certainly lead to a trade war between the U.K. and the EU at a time of economic crisis.

Coveney told RTÉ's Morning Ireland just four hours before 47-year-old Truss’s victory over rival Rishi Sunak on Monday, “I think the last thing Britain wants and needs, and certainly Ireland wants and needs – and it’s the same across the EU – is a trade war between the EU and the UK. We need to move on from the Northern Ireland Protocol issues and settle them on the basis of sensible compromise.”

He added that everybody, including Truss despite her previous stance, now had an obligation to resolve the stand-off issues around the Protocol.

He added, “I hope we can change the direction of travel for British-Irish relations that we’ve seen over the last couple of years, which really has been one of tension and stand-off on very important issues, predominantly related to Northern Ireland.”