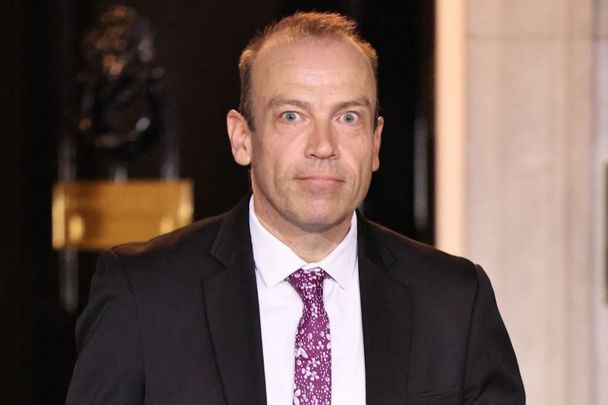 Chris Heaton-Harris MP was appointed as the new Secretary of State for Northern Ireland on Tuesday, September 6, the same day that Liz Truss became the UK’s new Prime Minister.

Heaton-Harris said on Tuesday that he is "honoured" to have been appointed, and will answer questions in the House on Wednesday morning.

Honoured to be appointed Secretary of State for Northern Ireland.
Looking forward to questions in the House tomorrow morning, heading out to NI and getting to work with @NIOgov https://t.co/PtYPmpyf8c

Heaton-Harris replaces Shailesh Vara, who was only appointed to the position in July after Prime Minister Boris Johnson announced he would be stepping down, triggering a wave of ministerial resignations, including that of Brandon Lewis, Vara's predecessor.

Vara, who has now become the shortest-serving Secretary of State for Northern Ireland, sent his best wishes to Heaton-Harris on Tuesday.

Great privilege and honour to serve as Secretary of State at the Northern Ireland Office and work with some excellent people.
My best wishes to the new PM and I look forward to supporting the government from the backbenches.@NIOgov

Truss reportedly offered the Secretary of State for Northern Ireland role to a number of candidates, including Penny Mordaunt and Sajid Javid, who are understood to have turned it down.

Heaton-Harris, a self-described "fierce Eurosceptic," became the UK Conservative Party’s Chief Whip of the House of Commons in February. Previosly, from July 2018 through April 2019, he served as a Parliamentary Under Secretary of State at the Department for Exiting the European Union.

In January, while serving as Minister of State at the Foreign, Commonwealth & Development Office, Heaton-Harris visited Northern Ireland. He said there: "It is clear from what I heard today and previously that the Protocol isn't working and we need to find a solution."

Conor Burns MP, who has been Minister of State for Northern Ireland since last September, welcomed the appointment of Harris-Heaton on Tuesday.

Congratulations @chhcalling on his appointment as SoS for Northern Ireland. Spent some of today making sure prep was in hand for @NIOgov Oral questions tomorrow morning. Chris is a good man and a friend. Look forward to supporting him in the chamber. pic.twitter.com/993XPhUHw8

Congratulations @chhcalling on your appointment. Look forward to working with you to build a more stable and prosperous future for everyone in Northern Ireland and making the Union work for all our citizens. https://t.co/BLQBNZv3nA

Ireland's Minister for Foreign Affairs Simon Coveney said he looks forward to working with Heaton-Harris and that his "first job" should be to see to a "functioning Executive for Northern Ireland."

Congratulations to @chhcalling for his appointment as new Sec of State for Northern Ireland. I’ve known him since we were both members of the European Parliament & I look forward to working closely with him in the coming months.
First job - a functioning executive for NI. 🇮🇪🇬🇧