Tánaiste Micheál Martin welcomed that there is a "new basis" for EU-UK discussions on the Northern Ireland Protocol. 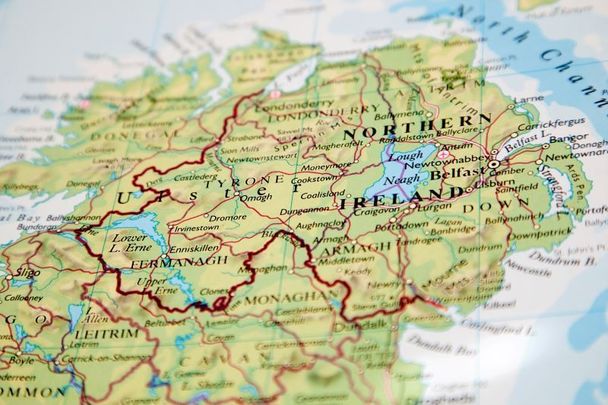 Tánaiste Micheál Martin said it is important that "joint solutions" are found for the Northern Ireland Protocol. Getty Images

Šefčovič, Cleverly, and Heaton-Harris said in a joint statement that they took stock of work to find joint solutions to the concerns raised by businesses and communities in Northern Ireland during Monday's meeting.

They underlined the EU and UK’s shared commitment to protect the Belfast (Good Friday) Agreement in all its parts, while protecting the integrity of both the EU Single Market and the UK internal market.

They agreed that while a range of critical issues need to be resolved to find a way forward, an agreement was reached on Monday on the way forward regarding the specific question of the EU’s access to UK IT systems.

They noted this work was a critical prerequisite to building trust and providing assurance, and provided a new basis for EU-UK discussions.

EU and UK technical teams will work rapidly to scope the potential for solutions in different areas on the basis of this renewed understanding, Monday's joint statement said.

Šefčovič, Cleverly, and Heaton-Harris are due to "take stock of progress" again on January 16.

Glad to meet @JamesCleverly and @chhcalling. We agreed on the way forward on the EU's access to UK IT systems. This means a new basis for 🇪🇺🇬🇧 discussions on the Protocol. Our teams will work rapidly to scope potential for solutions in different areas.

“I welcome today’s joint statement that progress has been made on EU access to UK IT systems and that this provides a new basis for EU-UK discussions.

“It is important that joint solutions are found.”

Martin said he would be in Brussels on January 10 for meetings on the Protocol and other issues.

Later, Martin said he had good engagement with leaders from Northern Ireland ahead of his meeting with Heaton-Harris later this week.

“I’m very focused on getting all GFA institutions back up and running, and delivering for the people of Northern Ireland.”

Good engagement with NI leaders today ahead of meeting with ⁦@chhcalling⁩ later this week.

I’m very focused on getting all GFA institutions back up and running, and delivering for the people of Northern Ireland. pic.twitter.com/JCivqomNV2

The Telegraph reports that the pressure is now on to finalize a Northern Ireland Protocol deal by the 25th anniversary of the Good Friday Agreement in April.

US President Joe Biden, who has several times expressed his support for the Good Friday Agreement in the scope of Brexit negotiations, has reportedly warned that he will not attend the Agreement's anniversary celebrations unless a deal has been reached.

As a matter of protest against the Protocol, the DUP refused to enter into power-sharing in the wake of the elections. This comes just a few months after the DUP collapsed Stormont, also in protest of the Protocol.

Without an Assembly formed in time, Northern Ireland will have a new round of elections, Heaton-Harris confirmed.