Leo Varadkar, in a New Year's interview, conceded that the Protocol is “too strict” and said he understands Northern Ireland's unionist's concerns. 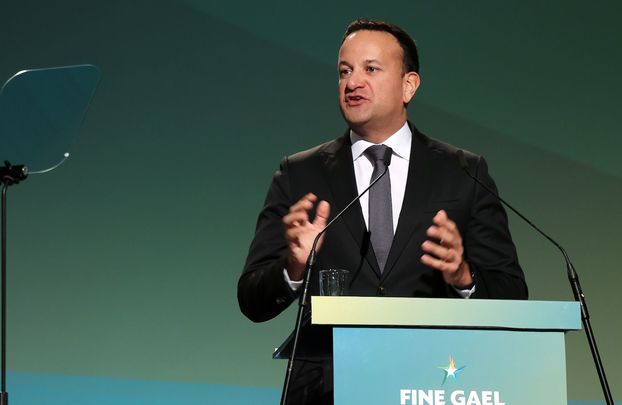 Taoiseach Leo Varadkar, a recent target of loyalist hate graffiti, plans to visit Northern Ireland early in 2023 to continue efforts to resolve the Protocol, a fallout from Brexit which he has admitted: “mistakes were made on all sides.”

In a New Year interview with the Press Association, Varadkar vowed to be “flexible and reasonable” when attempting to solve issues with the Protocol.  He conceded that the Protocol is “too strict” and said he understands unionist concerns that the Brexit treaty has made them feel less British.

The Democratic Unionist Party ( DUP) has been boycotting the power-sharing institutions in Northern Ireland in protest over the Protocol which unionists see as creating economic barriers between Northern Ireland and the rest of the U.K.

Currently, the European Union and Britain are involved in stop-start negotiations to reduce the impact of the Protocol to reach a deal to return the DUP to power-sharing in time for the 25th anniversary of the Good Friday Agreement which President Joe Biden hopes to attend.

Varadkar, who became taoiseach for a second time in December, is deeply unpopular within some sections of unionism and loyalism who claim he was an instrumental figure in the creation of the controversial Protocol.

In response to the negative perception of him within some elements of unionism, when his name and image appeared in threatening graffiti, Varadkar said, “I’m sure we’ve all made mistakes in the handling of Brexit.

“There was no roadmap, no manual, it wasn’t something that we expected would happen and we’ve all done our best to deal with it.

“Again, I look forward to traveling to Northern Ireland early in the New Year, meeting with all the parties, and reaching out to all parties and all communities in an effort to find a solution.”

He accepted that when the Protocol was agreed it was, perhaps, a little bit too strict and he thought there was room for flexibility and changes.  He knew from speaking to European Commission President Ursula von der Leyen and EC vice-president Maroš Šefčovič that it was their position too.

He added, “So, we are willing to show flexibility and to make compromises. We do want there to be an agreement.”

Varadkar said he understood how unionists felt about the Protocol – that it created barriers between Britain and Northern Ireland that didn’t exist before – but the same was also true of Brexit which was imposed on Northern Ireland without cross-community consent, without the support of the majority of people in Northern Ireland.