Kevin Barry's execution on November 1, 1920, is considered to be the "final straw" for Irish revolutionary leader Michael Collins. 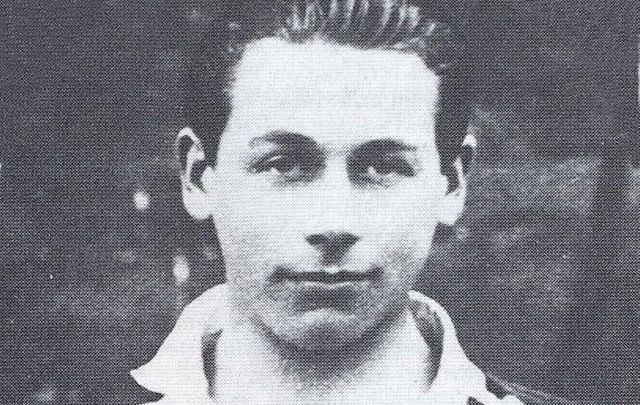 Kevin Barry, an 18-year-old student, was executed over the murder of a British soldier. Dermot McEvoy believes this was what tipped Michael Collins over the edge.

Eighteen-year-old medical student Kevin Barry was hanged in Mountjoy Prison. He had been apprehended during an IRA raid gone wrong in North King Street in Dublin several weeks before. Barry was sentenced to death because a young British soldier was killed in the ambush. Michael Collins tried to break him out of Mountjoy Prison but was unsuccessful.

As someone who has studied the Big Fellow for over fifty years, I believe this was the final straw for Michael Collins. Since September 1919 when he had assembled his infamous assassination Squad—AKA, “The Twelve Apostles”—Collins and his intelligence network had been inching towards a full-blown confrontation with the British Secret Service. The pressure on Collins had been mounting for several weeks before Barry’s death.

On October 14, the British Secret Service had found the desperately wanted Tipperary rebel Seán Treacy at the Republican Outfitters shop at 94 Talbot Street (the building is still there, marked by a plaque). As Treacy came out a gunfight ensued—caught by a passing photographer—and Treacy was shot and killed.

On October 25, Terence MacSwiney, the Republican Lord May of Cork City, starved himself to death at Brixton Prison in England. His body was returned to Cork on Halloween, the day before Kevin Barry’s hanging. The British came out in force—DMP, RIC, MI-5—looking for Michael Collins because they knew Collins frequently attended funerals despite the danger of being recognized. But Collins was not there; he was in Dublin, plotting.

As the rope tightened around Collins and his intelligence Squad, Collins—with supreme patience—waited. Collins was, like many great men and women, likely bi-polar. His depression over the loss of his friends quickly turned to mania and the Squad went to work.

On Sunday, November 21, three weeks after the death of Kevin Barry —now known as “Bloody Sunday” in the annals of Irish history—Collins sent out his Squad resulting in the deaths of 14 agents of the British Secret Service. For the first time in Irish history, the Irish had actually terrorized the British. It has been recorded that the lines of terrified British agents and their relatives clogged up the gateways trying to get into Dublin Castle. For all real purposes, the war was over. It would take the British eight more months to figure out how to free themselves from their Irish quagmire, but by July 1921 a truce was called. By the autumn the negotiations had begun—again with Michael Collins as the lead player—and the rest is history.

There is one interesting footnote to this story. Barry was buried in the yard at Mountjoy Prison like a common criminal. After Bloody Sunday, nine other young rebels were also hanged and buried next to Barry in the yard at Mountjoy. Today, they are known as “The Forgotten Ten”: Barry, plus Thomas Whelan, Patrick Moran, Patrick Doyle, Bernard Ryan, Thomas Bryan, Frank Flood, Thomas Traynor, Patrick Maher, and Edmund Foley. [For more information on this mostly forgotten period of Irish history from early in 1921, see Tim Carey’s “Hanged for Ireland: A Documentary History”. Blackwater Press, 2001.]

Finally, on October 14, 2001—nearly 81 years after his heroic death for his country—Barry’s remains and those of the other young rebels [except for Patrick Maher who was buried in Ballylanders, County Limerick at his family’s request] were reinterred at Glasnevin Cemetery next to the remains of Roger Casement and in front of the appropriately named Republican Plot where many famous Irish revolutionaries are planted.

The then-Taoiseach [Irish Prime Minister] Bertie Ahern, said at that time: “These 10 young men were executed during the War of Independence. The country was under tremendous pressure at the time. There was a united effort. Meanwhile, elected by the people, Dáil Éireann [Irish Parliament] was developing, in spite of a war going on. Democracy was being put to work. Independent civic institutions, including the Dáil courts, were beginning to function. Before their deaths, the ten had seen the light of freedom. They understood that Ireland would be free and independent.”

*Dermot McEvoy is the author of “The 13th Apostle: A Novel of a Dublin Family," and  "Michael Collins, and the Irish Uprising” (Skyhorse Publishing).