The ballad of Kevin Barry - ingrained on Irish American minds

One of the Irish rebels songs, executed in 1920, the song Kevin Barry, spurred many to action, and countless others to support action being taken. 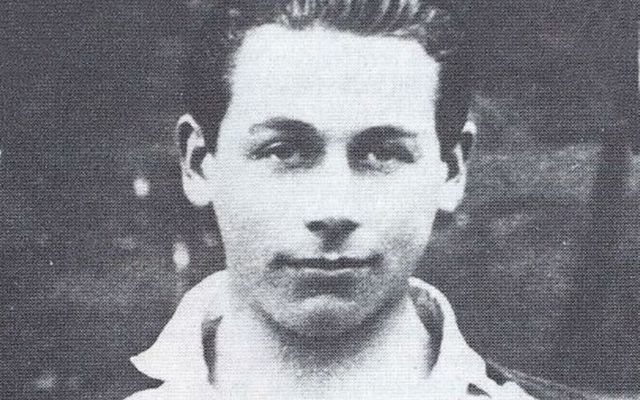 One of the Irish rebels songs, executed in 1920, the song Kevin Barry, spurred many to action, and countless others to support action being taken.

The ballad, Kevin Barry, was written shortly after his execution on Nov 1, 1920, by an unknown author and it spread like wildfire.

Of course, nowadays we have the internet and Facebook and Twitter where songs or stories go "viral" as we say. So popular was this song, it is said that a little girl once asked her mother “what used they sing before ‘Kevin Barry?’”

Once when I visited a nursing home in The Bronx, New York, an old woman from County Kerry in her second childhood began singing the song when I told her my name was Kevin.

That really impressed upon me how deeply this song is ingrained in people's memory. It was the first song many people from Ireland remember hearing. Many Irish Americans have told me of their parents' affection for the song.

In those days songs could sometimes travel like newspapers. Often, among those of poor education, it was the news. Street ballad singers would busk or play on the street for spare change, as they still do now. But now, we have the radio, and television, and the aforementioned internet.

In the days before recorded music became available, songs were transmitted from singer to listener. Sometimes the songs would have different lyrics depending on who sang them, or different airs/melodies. Often, new lyrics would be written to the music of songs that were already well-known.

For example: "The Rising Of The Moon" was written to the tune of "The Wearing Of The Green". "The Boys of Kilmichael" about the west Cork ambush in 1920 is very obviously patterned after "The Men Of The West" about the French invasion of Mayo in 1798.

The songs mentioned above are categorized as Rebel Songs. They were written throughout Irish history to tell the stories of brave heroes and events that would not be written in history books nor taught in schools. Many names and events survive because of them. This goes back to the old bardic tradition. A warrior was more afraid to cross a bard than a king. A king could end your life, but a bard can destroy your name forever.

The song about Kevin Barry fits well within that tradition. It assured that he was remembered. It angered the listener to hear the story of a brave, honest 18-year old young man who fought for his country being tortured and hanged.

His refusal to inform on his comrades under pain of torture and death earned admiration in the ears and eyes of the listener. It spurred many to action, and countless others to support action being taken. The song has been sung all over the world by artists as diverse as Paul Robeson and Leonard Cohen.

Songs like this, and especially this one, in particular, had a part in bringing down the British Empire.

Just before he faced the hangman
In his dreary prison cell
British soldiers tortured Barry
Just because he would not tell
The names of his brave companions
And other things they wished to know
"Turn informer or we'll kill you"
Kevin Barry answered, "No!”