Kevin Barry was just 18 and a medical student when he was hanged in Mountjoy Jail in November 1920. Even the Vatican had pleaded for his pardon. 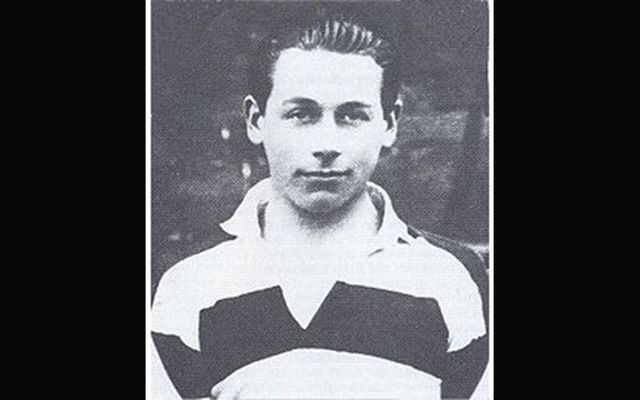 The mother of Irish martyr Kevin Barry was refused a pension by the Irish state after her son’s death, it has been revealed.

Barry was just 18 and a medical student when he was hanged in Mountjoy Gaol (jail) in November 1920.

He had taken part in an ambush in Church Street, Dublin in which three British soldiers were killed.

It was only days since the death on hunger strike of Terence McSwiney, Mayor of Cork, and emotions were running high.

His comrades escaped, but Barry was found hiding under a truck. One version of it holds he was spotted by a local woman who blurted out his hiding place to the British.

The arrest of Kevin Barry

He had thought he would be back at a medical lecture that day at 2 pm. The ambush took place at 11am. He was an exceptionally bright young man who got into medical school, very unusual for a farming family.

His mother’s application for a pension is one of 510 applications which were made public. Mary Barry, a widow raising six children from an early age, stated she needed the money to keep her house. However, she was not classed as a dependent and was refused.

It is incredible to look back on that decision. The mother of one of Ireland’s greatest heroes was refused the comfort of a military pension in her old age.

Barry was hanged despite a worldwide plea for clemency, including from the Vatican and the American government.

The ballad immortalized him, the most famous phrases being “Just a lad of eighteen summers”... “shoot me shoot me like a soldier, do not hang me like a dog”... “Kevin Barry gave his young life for the cause of liberty”

Amazingly, RTE Ireland’s national radio station banned the song during The Troubles, which just made it even more popular.

Barry made a statement before he was hanged stating that he had been severely tortured while in custody which was a well-known tactic of the British in Ireland at the time.

Barry was tried by a court-martial and immediately refused to recognize the court. He was found guilty and sentenced to be hanged, the first British execution since they had shot the 1916 leaders.

In his final moments, Barry was quoted as saying to his sister, "It is nothing, to give one's life for Ireland. I'm not the first and maybe I won't be the last. What's my life compared with the cause?”

Leonard Cohen and Paul Robeson are among the artists to perform Kevin Barry.