100 years ago this week, first IRA hunger striker died during the War of Independence

Michael Fitzgerald was the first IRA soldier to die on hunger strike during the War of Independence. 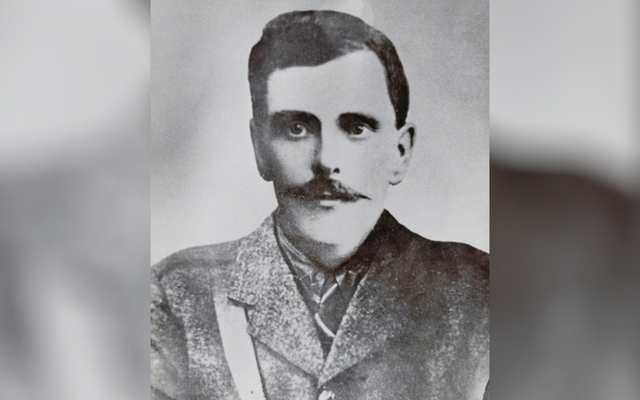 IRA officer Michael Fitzgerald became the first republican fighter to die on hunger strike during the War of Independence 100 years ago this week when he died in a Cork jail.

Fitzgerald was arrested for his part in an ambush in Fermoy on Sept 7, 1919, which resulted in the death of a British soldier. The ambush, later dubbed the Fermoy Ambush, was an IRA attempt to steal weapons and ammunition from members of the South Shropshire regiment of the British Army as they made their way to a local church.

The attack was successful and resulted in the death of Private William Jones and Fitzgerald, who was in one of the cars that collected the stolen weapons, was arrested when he returned to his home in the early hours of the morning.

He was held in a Cork RIC barracks along with four others and was charged with the murder of Private Jones the following April following a convoluted legal process, according to the Irish Times.

He was found responsible for the killing at a trial in Derry in July 1920 and sentenced to jail in a Cork prison.

On Aug. 11, Fitzgerald went on hunger strike in protest against the verdict and was joined by ten other prisoners. A day later, Lord Mayor Terence MacSwiney bolstered the protesters' cause by also deciding to go on hunger strike.

The IRA soldiers had been inspired to go on hunger strike by Republican soldiers in Mountjoy Jail and Wormwood Scrubs, who had used the protesting tactic to great effect the previous April.

However, the British authorities proved to intransigent and their appeals fell on deaf ears.

Fitzgerald, however, was just as inflexible and unyielding as the British authorities were, telling a friend that his hunger strike was "a fight to the finish".

"We shall continue to refuse food until our demands are met otherwise we’ll never leave this place alive," Fitzgerald once said.

By Sept. 22, almost six weeks into his protest, Fitzgerald was emaciated and he took a bad turn on Sept. 30 when due to ulcerations in his stomach.

Unable to keep down water, Fitzgerald knew that his end was near and tried to secretly marry his fiance Ciss Condon and he even secured a wedding ring for the occasion.

However, British prisoner officers learned of the plans and threatened to ban visitors for all other hunger strikers if they went through with it. The couple decided against proceeding with the wedding as they didn't want to strip striking prisoners of one of their few privileges.

His health deteriorated badly as September turned into October and, by Oct. 10, his sight and hearing had begun to fade. He was unconscious by Oct. 15 and died on the morning of Oct. 17 in the company of nuns and priests who said the rosary at his deathbed. He was 38 when he died.

Fitzgerald's body was taken to St. Peter and Paul's Church in Cork City the day after his death and an impressive crowd reportedly attended his funeral in St. Patrick's Church in Fermoy later in the month.

He was buried in the Republican plot at the local Kilkrumper cemetery and members of the Fermoy battalion of the North Cork Brigade fired three volleys of shots over his grave as a final tribute to their fallen comrade.

A memorial to Fitzgerald's memory was eventually erected in the center of Fermoy.