Where do Jewish people fit into Irish history? From a strong integrated community to the liberation of Europe and the population's decline. 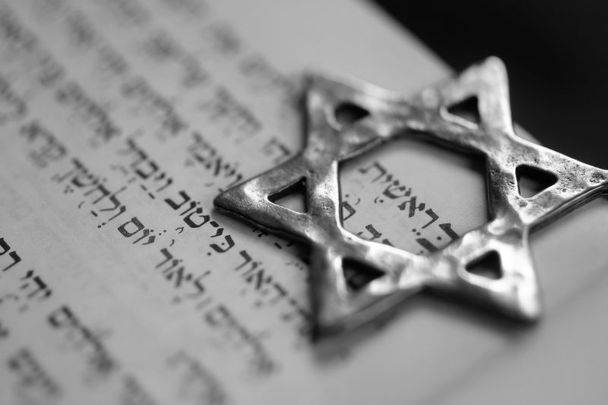 Catholic and Protestant remain Ireland’s two most important labels, so where do Irish Jews fit into Ireland's history?

The Chief Rabbi of Ireland once told a joke about three European Jews who were discussing their emigration plans. One said he would go to America for comfort and security, the second to Israel because it was the land of his ancestors and the third said he would go to Ireland.

Shocked, his two friends asked him why. “Because,” he said, “Ireland is the last country the Devil will look to find a Jew!”

Jews in Ireland for centuries

Despite the Chief Rabbi’s joke, there have been Jews in Ireland for centuries. The earliest known reference dates back to 1079 and a small community had been established by at least 1232 when the English King Henry III sent them a sum of money.

Ireland’s great Liberator, Daniel O’Connell, made common cause with the small Jewish community and although best remembered for his fight for Catholic emancipation, he did not forget the needs of his Jewish constituents.

When asked about religious freedom he said, “No man can admit the sacred principle without extending it to the Jew as to the Christian.”

The community’s population swelled dramatically during the Russian pogroms in the 19th century. Whereas the 1881 census had recorded only 394 Jews in Ireland the number soared by 282% to 1,506 in 1891. And although not the main destination for Jews fleeing persecution, by 1911 there were 3,805 Jews in Ireland. An astonishing tenfold increase in only 30 years.

Unfortunately, many refugees quickly found that their new home was not entirely free of the Antisemitism they had fled from. In 1904, Fr John Creagh launched a vicious attack on the small Jewish community in Limerick, warning his parishioners they had come "to fasten themselves on us like leeches and to draw our blood". The result was a two-year boycott of Jewish business by many of the city’s Catholics, forcing all five of Limerick’s Jewish families to leave for Cork or America.

Generally, Jews in Dublin or Cork were nationalists or republicans, whereas Belfast Jews remained pro-union. One such man was Sir Otto Jaffe, a German-born former Mayor of Belfast but naturalized British subject. A stalwart of the Irish Unionist Party, he and his wife had together founded the Jaffe School for the Jewish Children of Belfast and had a son serving in the British Army but felt so unwelcome in Belfast after the outbreak of the Great War they moved to London.

On the Republican side, Dubliner Robert Briscoe became a Captain in the IRA and was adamant that being “Hebrew” did not make him any less of an Irishman. Two sisters Fanny and Molly Goldberg were active in Cumann na mBan (the women’s IRA) and did everything from hiding soldiers to marching.

Most famous of Republican Jews was Belfast’s Rabbi Isaac Herzog who was described as “an open partisan of the Irish cause.” He learned to speak Irish fluently, was a personal friend of de Valera and by the time he was appointed Chief Rabbi of Ireland in 1919 he had well and truly earned his reputation as “the Sinn Féin Rabbi”.

His son Chaim was educated at Wesley College in Dublin and was later elected President of Israel in 1983. Reflecting on his Irish childhood in a Dublin accent he never lost Herzog said, “Ireland had no history of anti-Semitism, and while I did not feel outcast, I did feel different.”

Politics clearly runs in the family and his son Isaac is the current leader of Israel’s opposition Labor Party.

The rise of Hitler was closely followed by Ireland’s Jews, and whereas many Irish people felt antipathy towards Britain when war broke out in 1939, the Jews harbored no doubts as to whose side they were on.

Jews were heavily represented among Irish volunteers to the British Armed Forces and those that remained all made contingency plans for what they could do if a Nazi invasion of Ireland ever succeeded. They were right to be fearful; the infamous Wannsee Conference of 1942 which planned the Final Solution had noted Ireland’s population of some 5,000 Jews and earmarked them for death.

After the liberation of Europe, the community was faced with trying to organize entrance into Ireland for Jewish refugees. Their efforts were mostly thwarted by a skeptical Government. Minister for Justice Gerald Boland bluntly admitted that “It has always been the policy of the [Department] for Justice to restrict the admission of Jewish aliens, for the reason that any substantial increase in our Jewish population might give rise to an anti-Semitic problem.”

Nevertheless, one hundred Jewish children from Poland were brought to Meath for recuperation in 1946 and in 1948 Taoiseach Éamon de Valera personally overruled Boland to bring a further 150 into the country.

A community in steep decline

But despite the small post-War influx, the community could not evade the affliction of two centuries-old curses - one Jewish, the other Irish - that of assimilation and emigration and the second half of the 20th century saw the community go into steep decline.

And the decline was particularly dramatic outside of Dublin. Where once there been a small but vibrant community concentrated around an area in Cork City called Jewtown, by 1981 there were 62 left in a county that in 1946 had been home to 252.

In neighboring Waterford, the decline was even worse; in 1946 there had been 23 Jews in the county but by 1981 they had all died or moved.

As one historian lamented in 1987, “Today when one speaks of the Jewish community in Ireland, the reference is almost exclusively to Dublin.”

In February 2016, Cork’s synagogue held one final service and reluctantly shuttered its doors closed for good.

In Cork, the community’s decline was attributed mostly to assimilation but emigration was a significant factor too. Many observant Jews simply moved to Israel or Britain where there are a larger number of Jews to live among.

In Belfast, the shooting of a prominent community member by the IRA in 1977 and the kidnap of another in 1980 left the community feeling vulnerable and many simply packed up, never to return.

Steven Jaffe, who grew up in Belfast told IrishCentral, “The decline of the Jewish community in Northern Ireland pre-dates the Troubles and it is true that every regional Jewish community throughout the UK has also declined, except for Manchester. But I believe the Troubles did accelerate the process.”

He added that a desire to live in a larger Jewish community was also a factor in the community’s decline, “For young people looking for Jewish marriage partners and facilities such as Jewish schools, kosher restaurants, and social and cultural opportunities, a larger Jewish community in London or Manchester was going to be attractive. A number of Jewish families from Northern Ireland also made aliyah - the term for emigrating to Israel.”

The community is too small to play much of a role in the politics of the province and most would lean towards unionist parties in part at least due to their pro-Israel politics. However, the community was on occasion used as an important intermediary between the orange and green traditions.

“During the worst of the Troubles the Belfast synagogue was seen as a neutral space where Protestants and Catholics could meet sometimes under a Jewish chair to discuss local issues,” Jaffe told us.

Numbers have since stabilized and the last three censuses in the Republic have even shown moderate increases, fueled by emigration during the Celtic Tiger.

Among the remaining community members, attitudes can veer from gallows humor to optimism. “Children go away for university now, and they don’t come back,” Belfast’s Norma Simon told Forward.com. Her fellow worshiper, Michael Black agreed, “I am saddened,” he said, “that my generation will, likely, be the last that can offer a Jewish way of life in Belfast.”

But lifelong Dubliner Natalie Wynn is more cheerful, telling the Times of Israel in 2013, “The Jewish Chronicle archives show that, in the 1870s, observers considered the community to be on its last legs, little realizing that a large-scale immigration from Eastern Europe was just around the corner.  So you never know what may happen in the future.”