Genealogical archive of 52,000 Irish-Jewish, from over 200 years, presented to Dublin city

Jewish births, marriages, burials, school records and census information in Ireland dating back to 1664 released to the public. 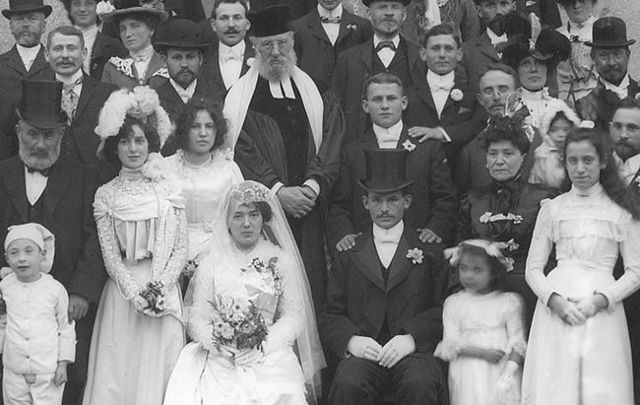 Jewish births, marriages, burials, school records and census information in Ireland dating back to 1664 released to the public.

In 2015, a genealogist who had compiled an archive of records of the Irish Jewish community spanning 400 years presented copies of the 16 volumes, made of 52,000 names to Dublin’s mayor.

Dublin-based retired businessman Stuart Rosenblatt collected and collated the information pertaining to births, marriages, burials, school records, and census information dating back to 1664. He presented 12 volumes of his work to the then Lord Mayor of Dublin Críona Ní Dhálaigh.

The history of the Jewish people in Ireland extends back almost a thousand years however the Jewish community has always been small in numbers, not exceeding 5,500 by religion since at least 1891. The community has generally been well-accepted in Irish life.

Rosenblatt told TheJC.com, “This marks a first for Ireland and a first in the world where the archival history of a country's ethnic minority over the last 300 years has been made freely accessible.

"So for anyone with Irish Jewish ancestry - and there are thousands worldwide - a wealth of information awaits."

Rosenblatt is the head of the Irish Jewish Genealogical Society, at Dublin's Irish Jewish Museum. He explained how the project got started: “I was researching my family tree and I discovered that my grandmother wasn't my grandmother at all [they were not even related].

"And I also found records about the Jewish community that others would not know existed. It's become a compulsive hobby.

"Over the past 20 years, Jewish communities around the world have become increasingly interested in their European ancestry, with many visiting the lands once inhabited by thriving communities which had existed for many centuries.

"Although the Jewish presence in Great Britain is well documented and, therefore, largely accessible to researchers around the world, Ireland is a totally different story. It is only now being revealed in detail."

He considered "this enormous collection, spanning approximately three centuries and containing details of over 52,000 individual records, as not only an enduring testament to my community and our ancestors. It is more an archival memorial to their important contribution to our much loved adopted homeland."

For more information and the records visit www.irishjewishroots.com.

Have you ever used these records to trace your family history? Let us know about your discoveries in the comments section, below.