WWII: The Irishwoman who saved hundreds of Jewish children from the Nazis

"She hid them in her car and drove them high into the Pyrenees. It will probably never be known how many children she saved.. 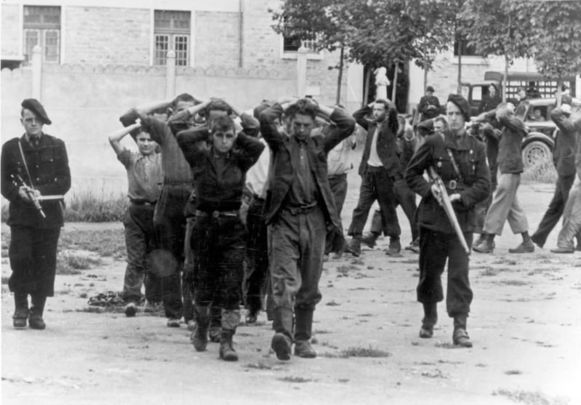 The Camp de Rivesaltes, also known as Camp Maréchal Joffre, was a military camp in the commune of Rivesaltes nearby Perpignan. German Federal Archives / CC

Mary Elmes, an Irish aid worker who worked with the Quakers, was never publically recognized during her life for saving at least  200 Jewish children during the Holocaust by hiding them in the boot of her car.

Mary Elmes was born, in Cork, in 1908 and attended Trinity College Dublin where she won a gold medal for French and Spanish. After studying at the London School of Economics, she joined the London Ambulance Unit in February of 1937. During the Spanish Civil War, she worked in a children’s hospital in Almeria. The Friend’s Service Council soon took over this work. Elmes continued her work until the war’s end in 1939.

In May of that year, Emes joined thousands in fleeing over the Pyrenees into France. There she continued her work with the Quakers. Elmes focused on organizing food supplies and providing educational books for children.

In 1940 France fell to German occupation and thousands of Jews and others fled to the south of the country where they were arrested by the French police and held with Spanish refugees. At Riversaltes, the refugee camp was overrun with lice and rats and those there had little protection from the harsh winters and scorching summers. Convoys departed weekly in railway wagons taking people to concentration camps.

The Irish Times reports how many Jewish refugees were “transferred to a former army camp in Rivesaltes [France]; after the 1942 round-up... all Jews taken in the unoccupied zone were interned there.”

Rivesaltes was known as a “barbaric” place for those who were held there. Lice and rats overran the camp, and prisoners were forced to wear only rags during the brutally cold winters and hot summers.

“Children even younger than me were being transported from Rivesaltes,” said Rene Freund, one of the then children that Elmes helped save. “At the very time, we arrived convoys were departing weekly in railway wagons. Thus, Mary Elmes was instrumental in saving our lives at this critical period.”

If their parents agreed to it, refugee children in the camps under the age of 16 could be taken away from the camp. Seizing this opportunity, Elmes helped transport the young refugees to “children’s colonies and hotels ... ruse to get them to safety since many simply slipped over the border.”

Since Elmes’ work thrived on being clandestine, the exact number of people she saved will probably never be known. She reportedly also arranged paperwork to help adults who were on the run “legally” get out of then occupied France.

In January 1943, Elmes was arrested on suspicion of helping Jews escape. She was never charged, but she was held for six months in Fresnes Prison near Paris. After her release, she continued her activities as before.

In 2013, Elmes is the first Irish person honored as “Righteous Among Nations” for her work saving Jewish children from the Nazi gas chambers. At the time, her cousin, Mark Elmes, who lives in Cork, added, “I am delighted that she has been given such a high award and not forgotten for her bravery, tenacity, and dedication to saving so many Jewish children during the Holocaust.”