One of the oldest surviving Jewish burial grounds in Ireland is to be restored and reopened more than 40 years after its closure. 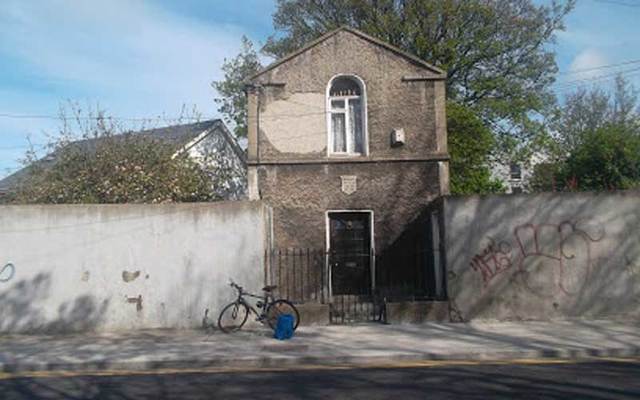 One of the oldest surviving Jewish burial grounds in Ireland is to be restored and reopened more than 40 years after its closure.

In 2017, the Dublin City Council took ownership of  Ballybough Cemetery, located on Fairview Strand, from the Dublin Jewish Board of Guardians, which could no longer afford maintenance of the site.

The council plans to refurbish the 300-year-old cemetery, which could merit consideration for National Monument status.

The cemetery, which holds 200 graves and is surrounded by a high wall, was founded in 1718. At the end of the 19th century, the Jewish community moved to south Dublin and a new cemetery was established in Dolphin’s Barn, TheJournal.ie reports.  The last interment at Ballybough was in 1958, and the cemetery  officially closed in 1978.

The cemetery is now under threat "due to the overgrown condition of the grounds, the dilapidated state of the mortuary house and encroachment from neighboring sites," reports The Irish Times.

According to a conservation and management report commissioned by the council, the grounds have been “colonized” by invasive plants, and mature trees are displacing and damaging memorials.

A plaque above the doorway at one of Dublin's two old Jewish cemeteries. It's the year 5778 btw. #indublin #dublinarchitecture #seenindublin #dublincity

The mortuary house, which was built in 1857, was once the residence of the cemetery caretaker. A plaque above the house’s doorway states that it was “built in 5618,” referring to the Hebrew calendar date. No longer habitable, it has in recent years been subject to break-ins and squatting.

The report states: “Of particular concern, given international experience, is the risk of anti-Semitic vandalism leading to the defilement of this sacred space.”

The mortuary house and cemetery would “remain a focus for anti-social behavior” unless a plan was put in place to establish the “preservation of the built heritage and the sanctity of the burials, while also making the site more secure and accessible to the public.”

It has been suggested that the mortuary house could be renovated as a museum or interpretive center, but the conservation reports suggests it be restored once again as a caretaker’s house for the protection of the cemetery.

The Irish Times reports that the conservation report will be presented to the council for approval after the summer recess.