Alice Collins Plebuch wanted to add to her family tree. What she discovered shocked her and changed her life. 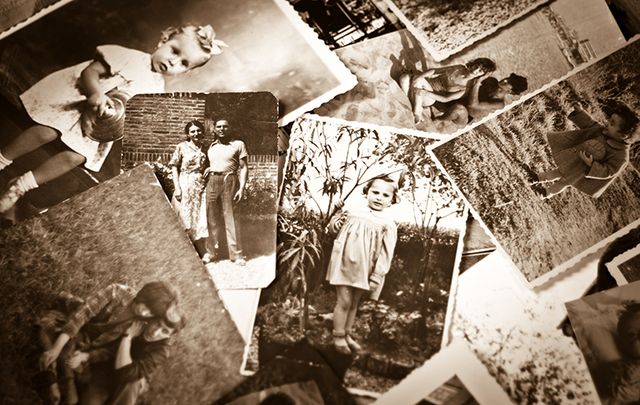 How did an American woman who believed she came from two Irish American families end up with such strong Jewish roots? A century-old secret was soon to reveal itself.

In 2017, Alice Collins Plebuch, living in Vancouver in the state of Washington, a retired University of California data information specialist, decided to do a DNA test from Ancestry.com to establish just how Irish she was.

At age 69, she felt it was time to finally add more information to the family tree and the Irish heritage she cherished.

What she discovered shocked her and changed her life.

Washington Post columnist Libby Copeland retold the story of what happened to this woman who grew up as one of six children born to Jim Collins, son of an Irish immigrant, and Alice Nisbet, a derivation of the Irish name Nesbitt, also of Irish ancestry. She was expecting a 100 percent Irish family tree.

She thought she was Irish:https://t.co/BzjILP1S7U

Instead, the DNA test came back showing her as half Ashkenazi Jewish. She was so confused she tested again but with the same result.

Her first thought was, “Did her mother have an affair?”

Each year, according to Ancestry’s calculations, approximately 7,000 people find out they are someone else's biological child, not their father’s.

Alice could not dismiss the possibility given her father was always away on army duty.

“My father, he was in the Army and he was all over the world, and it was just one of those fears that you have when you don’t know.”

However, it seemed far more likely the Jewish ancestry was on her father’s side as his past was far murkier. He was born in the Bronx and his mother died when he was an infant. His longshoreman, Irish immigrant father could not cope and he placed his three children in an orphanage.

His Irish heritage was very important to him. “He was raised in an orphanage. His Irish identity was all he had,” Alice told the Post.

At his funeral, it was like an Irish wake with “Danny Boy” being sung.

By a process of elimination and taking DNA samples from relatives on both her mother and father's side, she discovered the Jewish roots were on the father’s side.

But how? Her grandfather, who came from Ireland, was not Jewish and it was deemed highly unlikely given the minuscule Jewish population in Ireland that there was a Jewish connection from the Emerald Isle. Alice said the mystery deeply impacted her family. They’d been so certain of their family roots, and “now we know nothing,” she wrote.

The shocks kept coming. It turned out her father’s sister's kids had no trace of Jewish heritage which meant his sister was not his sister and not the same biological match.

As the Washington Post reported, “Plebuch and Wiggins came to the stunning conclusion that their dad was somehow not related to his own parents. John and Katie Collins were Irish Catholics, and their son was Jewish.”

“I really lost all my identity,” Plebuch says.

“I felt adrift. I didn’t know who I was – you know, who I really was.” She had some suspicions, especially after she visited Ireland in 1990 and none of the numerous relatives looked anything like her 5-foot-4 inches tall father.

Given there was no possibility of solving it through her father’s family as to why he was of Jewish extraction not Irish, the Collins women decided to trace back to his actual birth records at Fordham Hospital, in The Bronx, where he was born.

They could find nothing.

Then on January 18, 2015, lightning struck. She was speaking to a cousin, Pete Nolan, and discovered he had recently had someone new who showed up as a close relative. Her name was Jessica Benson, a North Carolina resident who took the test to find out her Jewish roots. Instead, she turned up Irish, which baffled her. She had discovered “that I am actually Irish, which I had not expected at all.”

Plebuch could hardly restrain herself, for some time she had suspected her father was given to the wrong family after birth. The key question was, 'Did Jessica Benson have a relative born on September 23, 1913, at Fordham Hospital in The Bronx?

Jessica answered. Her grandfather, Phillip Benson was born around that date, she wrote.

Plebuch cried. At last, the mystery was unraveling.

The New York City Birth Index had a “Philip Bamson,” born September 23 – this surely was Philip Benson. The hospital had screwed up back in 1913.

Suddenly everything made sense. Back in 1913, protocols to ensure that babies were tagged correctly were not in existence. The families exchanged photographs. Pam Benson saw Plebuch’s short, dark-haired dad Jim Collins, who looked far more like Benson’s 5-foot-4 grandfather and 4-foot-9 grandmother than did her father.

In January, the families, who had become friends, took a cruise together and unraveled the family histories as best they could. They both agree it was good their fathers never knew they were swapped at birth. It would have meant a terrible loss of identity late in their lives. But their families can now come together safe in the knowledge that the truth has finally come out.