No amnesty for innocent victims of the Troubles

The thousands who were maimed and brutalized during the Troubles in Northern Ireland are "being written out of history." 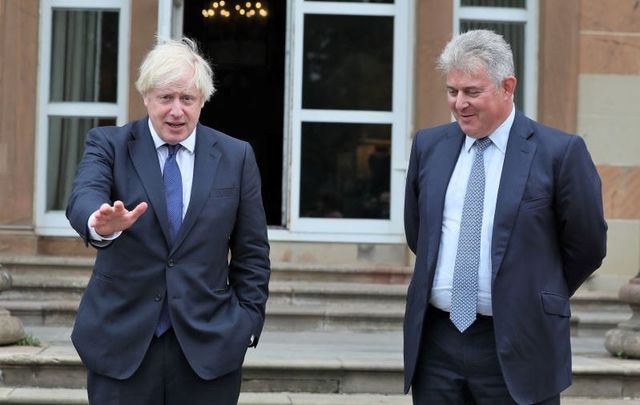 The announcement by the British government last week that it will introduce a statute of limitations later this year for crimes related to The Troubles in Northern Ireland has done the impossible. It has united all the political parties in the North.

Every one of them -- unionists, nationalists, loyalists, republicans, non-sectarians like the Alliance Party and the Greens -- have all condemned the proposal, which amounts to an amnesty for those responsible for the murders and atrocities carried out during the 30 years of violence in the North.

For once, all the parties are in agreement. This is a wrong decision, they say. And their opposition and condemnation is shared by the Irish government.

The reasons vary, of course. The British government says it is time to draw a line over the past.

They say that recent experience shows that it is now virtually impossible to achieve successful prosecutions. Too much time has passed. Witnesses are elderly or dead.  Evidence is difficult to gather and unreliable.  It is time to move on and concentrate on the future.

Republicans say it's a cover-up. They say it's all about hiding the crimes committed by the British Army and the security forces in the North.

It's not just about Soldier F, Bloody Sunday, Ballymurphy, and so on. It's about the collusion between the security forces and loyalist paramilitaries, about Loughinisland, the Miami Showband massacre, and all the other killings where security forces involvement is known or suspected.

Loyalists say it's outrageous because it's a blanket amnesty that makes no distinction between the terrorism of the IRA and the legitimate actions of the British Army and the police as they tried to contain the extreme violence that was happening.

The Irish government says it is a unilateral move by the British which ignores the requirements of the Good Friday Agreement for consultation between the two governments and cross-party support in the North. It is mistaken and will not succeed. Most importantly, it is a betrayal of the victims and their families who still want justice.

"They feel betrayed, they feel let down, and we have to prioritize the families and victims," Taoiseach Micheal Martin said. Even though it would be difficult and challenging, they still want those who murdered their loved ones to be brought to justice.

What is the best way forward? It is tempting to say that an amnesty at this stage does make sense. Prosecutions are extremely difficult because of the passage of time, as the British have said.

But the claim last week by Northern Secretary Brandon Lewis that this is the best way "to help Northern Ireland move further along the road to reconciliation" will be hard for the families of the victims to swallow.

Similarly, the claim by Lewis that an amnesty will help to promote an "information retrieval and provision process" so that the victims' stories can be told in public to satisfy their families. Even though that would be less demanding than a full-blown Truth and Reconciliation Commission, there is no sign that it is going to happen. Neither the IRA nor the loyalist paramilitaries have shown any willingness to take part in such a process and come clean about the appalling crimes they committed during The Troubles.

There is no doubt that a major motivation for the British in introducing an amnesty is to avoid any further difficulties for British soldiers who served in the North. U.K. Prime Minister Boris Johnson is under pressure from his party on this, and he does not want squaddies from areas in the north of England where the Tories won so many votes in the last election to be put on trial.

Of course, there were some bad apples among those who served in the North over the years, as there are in all armies in all wars (like some of the U.S. soldiers in Iraq). But the vast majority of the British soldiers in the North were youngsters from poorer areas in Britain trying to hold the line in a very difficult and dangerous situation. They had no axe to grind. And most people in the U.K. feel that putting any of them on trial at this stage so many years later is wrong.

The British are also conscious that even though most of the atrocities in the North were carried out by paramilitaries, most prosecutions in the future would probably be against soldiers and police because of the availability of records and retained evidence. The opposite applies to paramilitaries like the IRA and the UVF where fear and intimidation ensures that little evidence is available.

Since 10 percent of the 3,500-plus killings during The Troubles were caused by the security forces and 90 percent by paramilitaries (60 percent by the IRA and 30 percent by loyalists) that is unpalatable to the British government. They are aware that the PSNI’s "legacy branch" has active cases in relation to almost 1,500 people and there are ongoing civil cases as well as criminal.

In addition to that, an amnesty for all crimes related to The Troubles would mean the end of any official inquiries, tribunals, inquests, police ombudsman investigations etc. It would also mean that civil cases for damages, etc. would be difficult if not impossible, although legal challenges would be likely.

Bearing all this in mind, it's clear why the British government would like to put a final end to its legacy problem. There is no doubt that there are hugely embarrassing skeletons in its closet.

But in spite of all the claims by Sinn Féin about security forces collusion, the reality is that the British Army were probably no worse than other armies in other conflict zones. Infiltration and "dark ops" are part of what they all do...think of the U.S. in the Middle East and before that in Central America.

Particularly hard to take is the sanctimonious posturing of Sinn Féin about the proposed amnesty. The party's leader in the North Michelle O'Neill said that the reason for the amnesty is "to protect state forces and their dirty role here."

She had nothing to say about the decades of vicious IRA beatings, knee-cappings, and intimidation that were used to keep nationalist areas in line. All this was criminal just like the murders (and the IRA killed hundreds more Catholics than the loyalist thugs during The Troubles). But Sinn Féin can indulge in the luxury of being against the amnesty because they know that even now fear would undermine any attempt at prosecution of former IRA heavies.

Of course, we have been down this road before. The proposed amnesty applies to all Troubles-related crimes up to the Good Friday Agreement in 1998.

Making that peace deal meant all paramilitary prisoners then in jail had to be released, and there would be letters of comfort for the "on the runs" so they could avoid prosecution in the future. In effect this was an amnesty at the time, demanded by Sinn Féin/IRA. But now they are against an amnesty and are calling for "justice."

As we said above, it's very hard to decide whether this proposed amnesty is the right thing to do. It's easy to oppose it.

But the reality is that very few former paramilitaries (or terrorists if you prefer) are likely to be prosecuted successfully in the coming years if there is no amnesty. On balance, this may be the right time, even if the reasons given by the British last week are not the full story.

The sad thing in all this is the plight of the victims and their families, not just those who died but the thousands more who were maimed and brutalized and will never get over what was done to them.

They are being written out of history. The crimes committed against them are to go unpunished. Can you imagine how they feel?