Miami Showband Massacre how long must we sing this song? For 45 years and counting

Pursuing the truth about what happened on July 31, 1975, with a passion for justice and peace for everyone affected by the Troubles. 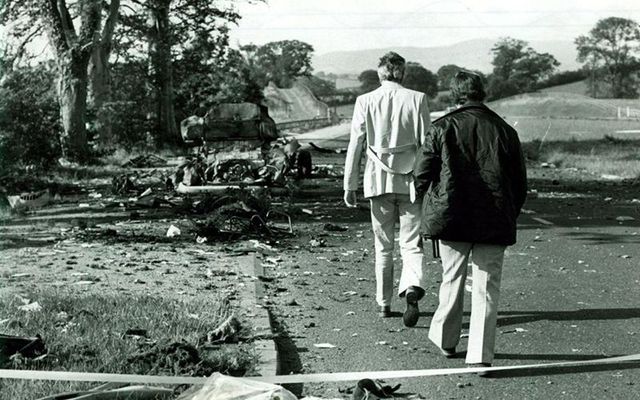 A promo shot from the Netflix documentary, ReMastered – The Miami Showband Massacre. Netflix

A child of Northern Ireland's Troubles recalls that fateful night when The Miami Showband was ambushed by the Ulster Volunteer Force, a loyalist paramilitary group.

On July 30, 1972, the final details were being planned for what would happen the next day in Claudy, a sleepy little village in Northern Ireland. Three car bombs would be strategically placed in a town center bustling with Monday morning shoppers. Carefully choreographed, the plan would include telephone warnings and code words to alert authorities before the bombs detonated. The warnings never came.

In nearby Feeney, the public telephone box was out of order; in Dungiven, the telephones were out of order following an earlier bomb attack on the local telephone exchange; and, by the time shop clerks were asked to tell the police that three bombs were about to explode in Claudy, it was too late.  The first bomb had already detonated at 10.15am, outside McElhinney's shop and bar on the village main street, killing instantly Joseph McCloskey, Elizabeth McElhinney, and Kathryn Eakin.

The other two followed in rapid succession, injuring thirty people and killing nine - five Catholics and four Protestants. Three of those killed in the assault were children, memorialized by poet, James Simmons:

“An explosion too loud for your eardrums to bear,
Young children squealing like pigs in the square
All faces chalk-white or streaked with bright red
And the glass, and the dust, and the terrible dead.”

Kathryn, a little girl on a step-ladder cleaning her mother’s grocery shop window, was the youngest victim, just eight years old, a year younger than me. Innocent, hopeful, unguarded.

Kathryn was one of a hundred people who died that July during a year that produced some of Northern Ireland's bloodiest memories, and although I was always, by nothing other than luck, in the right place at the right time, it occurred to me years later when I read a book about my country, that, I was "a child of The Troubles."

From a safe distance, I would learn to recognize the dull thunder-clap of a bomb, the tremble of our kitchen window in its wake, and the stench of days-old smoke from the rubble that used to be a hotel, a supermarket, a restaurant, a favorite pub. Physically untouched and on the other side of the world, I am still visited by the anniversaries of atrocities in "our wee country, " the Northern Ireland that shaped me and scared me and scarred me -  Bloody Sunday, the bombings of Omagh and Enniskillen, La Mon, Kingsmill, The Wayside Halt, Loughinisland, Greysteel, Warrenpoint - and too many more. Indelible images such as the pop star's platform-boot among the wreckage on the side of the road at Bushkill, County Down.

Rewinding my mental tapes, I also recall black and white news reports from the place across the water that some of us referred to as "the mainland" - of Aldershot, of parked cars packed tightly with explosives that blew up outside The Old Bailey and in Whitehall; The M62; bars in Guildford, then Birmingham; and, Warrington, Canary Wharf, and Brighton. And, I remember, following one of these atrocities, hearing a man on the radio remark that it “would give the Brits a taste of The Troubles.”

He really said that.

My friend, Stephen Travers, wouldn't say that. He would say what he has been saying now for 45 years - that "no community has a monopoly on suffering and loss."

Were it not for the Netflix documentary, ReMastered – The Miami Showband Massacre - millions of people might not know about Stephen Travers, who in 1975 was living his dream as a bass guitarist for The Miami Showband - the Irish Beatles - performing for thousands of adoring fans every night in every major city in Ireland, the UK, and the USA.

He lived a glamorous lifestyle; his band had records in the charts and their pictures in the newspapers. And, he loved every minute of it. The band - and its audiences - crossed all social, religious, and political boundaries and was drawn from both sides of the Irish border. It was a perfect blueprint for social, religious, and political harmony.

“Even in our darkest hour, music was the magic that brought us together. And the magicians were called Showbands.”

In the wee hours of July 31, 1975, Stephen and the other members of The Miami Showband, were traveling home from a gig at the Castle Ballroom in Banbridge. The sixth member, drummer, Ray Millar, had gone home to my hometown, Antrim, to stay with his family.

On a narrow country road outside Newry, they were flagged down by a group of uniformed men at what appeared to be a routine UDR (Ulster Defense Regiment) army checkpoint. Like the rest of us at the time, I imagine they were only mildly inconvenienced by it. They probably expected it, until that moment when they were ordered to get out of their Volkswagen minibus and stand by the roadside with their hands on their heads. Facing a ditch with their backs to the vehicle, The Miami Showband would wait while the men in uniform checked inside. 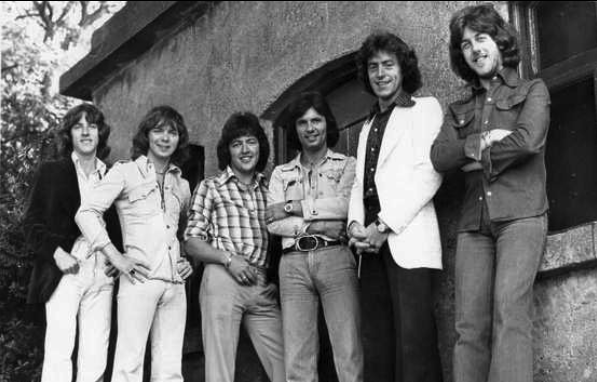 I don’t know when it was exactly that The Miami Showband realized this was not a routine army checkpoint, the kind they would usually breeze through when perhaps a soldier might ask for their autographs. This was not routine, the musicians were instead the unwitting victims of a vicious ambush.

As they waited, two of the UVF men – later revealed as members of the Ulster Defense Regiment - were hiding a bomb under the driver's seat, while the others rummaged in the back of the band's van. The plan had been to send the innocent musicians on their way, with a bomb timed to explode ten minutes later, killing all of them and consigning them to history as terrorists transporting explosives. But, the bomb exploded prematurely, blowing both men to bits, and in the chaos that followed, the remaining UVF members opened fire, killing three of the band members.

There were reports that the handsome young lead singer, Fran O’Toole, was shot 22 times in the face. Lying on his back on the ground, vulnerable to men who showed no mercy, he begged for his life. Trumpet player, Brian McCoy, shot nine times, was the first to die at the scene.  Lead guitarist, Tony Geraghty, was shot in the back – five times - and in the back of the head twice. Des McAlea and Stephen Travers survived the blast from the explosion that flung both of them into the night air. Des McAlea suffered minor injuries and somehow escaped into the night; Stephen was seriously wounded and survived only because he pretended to be dead. Facedown in the grass and motionless, he would later recall that one of the gunmen kicked the body of his friend, Brian, just feet away, to ensure he was dead.

It was washing day at our house when I heard the news. My mother was ironing, the quiet of our kitchen interrupted only by occasional bursts of steam and then the uncharacteristically solemn voice of the man on the radio as he related to us the emerging details of what had happened in the wee hours of the morning, that on their way home from a gig, The Miami had been attacked in a vicious, premeditated ambush, that members of the band were dead including heartthrob lead singer, Fran O’Toole.

Our David Cassidy was dead.

Sitting here at a computer in my kitchen in Mexico, 45 years later, the shock and revulsion return, the sorrow and fear as details of the massacre unfolded. My mother pressing a hot iron into one of my father’s shirts, shaking her head and muttering to God. It was unimaginable – these young men, Catholics, and Protestants, darlings of the showband scene, in their prime and adored by thousands of fans north and south of the border, slaughtered in the muck on a country road.

Until that moment, with unfathomable naïveté, we had believed musicians like The Miami were immune. They had represented what could be, themselves, and their audiences crisscrossing all social, religious, and political borders. But none of that mattered. On that summer night in 1975, what happened to The Miami Showband left no doubt that musicians were just as much of a target as the rest of us. It became known as “The Day The Music Died,” but such a tagline fails to convey its harrowing legacy. As Belfast writer, Stuart Bailie points out “The paramilitaries had literally shot the piano player.”

In the decades that followed, Stephen has pursued the truth about what happened with a passion for justice and peace for everyone affected by the Troubles. In 2019, when I heard he would be in Chicago to receive an award for his work, I suggested we find a way for him to stop in Phoenix, so he could share his story with audiences there and warn them, as he has all over the world, of the consequences of using or accepting violence as a means to bring about change.

And, I told him there would definitely be music because I would make it a priority to find someone with a five-string bass that he could borrow. What would you like to play, I asked him. He told me he loved jazz but because it's not everyone's cup of tea, he suggested some classic tunes, like Route 66 or maybe some Chuck Berry.

In Phoenix, as he has done everywhere he has visited, Stephen shared every harrowing detail of the carnage on that country road on July 31, 1975, forever changing the hearts and minds of those gathered to hear him.  And then, he picked up that borrowed bass guitar and joined us on stage, a reminder of what he has said before of the potency of music:

“People often say that music was harmless fun. It wasn’t. It must have terrified the terrorists. When people came to see us, sectarianism was left outside the door of the dancehall. They came in, they were brought together and they enjoyed the same thing. They looked at each other and thought, there’s not much difference here, and nature was doing its course. That’s the power of music and I think that every musician that ever stood on a stage, north of the border during those decades, every one of them was a hero.”

When I asked him how we should remember his friends on the anniversary of the massacre, Stephen has a simple request: “Wherever you are in the world this week, as we approach their 45th anniversary on July 31st, sing a song, play a tune, clap your hands or just say a verse of your favorite poem to remember them and post it on social media with the hashtag #MiamiShowband”

How long must we sing this song, I wonder?

I think Stephen would tell me we must sing it until the testimony of every victim has been heard until the truth is told until peace has a chance.

To help Stephen Travers and the Truth and Reconciliation Platform build a safer, more peaceful, and tolerant future for everyone, please consider contributing to the Miami Showband Peace Centre GoFundMe appeal.

*Yvonne Watterson is a native of Co Antrim in Northern Ireland. You can follow her blog here.