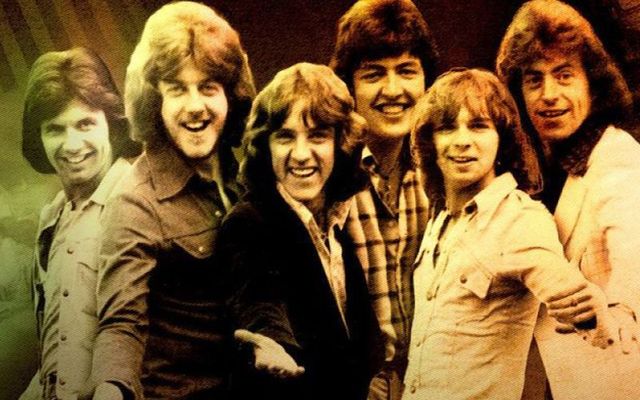 A promo shot for the Netflix documentary "ReMastered – The Miami Showband Massacre". Netflix

On July 31, 1975, three members of The Miami Showband were killed in Co Down. The incident, considered one of the worst atrocities of The Troubles, is examined in 'ReMastered - The Miami Showband Massacre,' now available on Netflix

"ReMastered – The Miami Showband Massacre" is a powerful tribute to the work of one man, Stephen Travers, who was present on July 31, 1975, when three of his bandmates were gunned down at a fake UVF checkpoint as they traveled home from a gig in Banbridge, Co Down.

The men's deaths are considered to be one of the worst atrocities of The Troubles. Travers, who was 24-year-old at the time of the incident, has spent his life keeping the story alive.

"ReMastered – The Miami Showband Massacre," now available on Netflix, tells the incredible story of where that quest for the truth leads Travers.

The shocking murders of three innocent musicians on a lonely border road created enormous shockwaves throughout Ireland and abroad that reverberates to this day.

Travers remembers vividly the checkpoint which the band members thought was an official British Army one and not unexpected in that dark era.

He remembers the armed men, the officer with the British accent overseeing the stop operation the growing sense of apprehension as they were lined up on the lonely road. Two of the UVF  gunmen placed a camouflaged bomb  in the rear of the van, set to explode soon after the band allowed to continue on its way

The bomb went off prematurely killing the two who had planted it. The rest of the armed unit began shooting at the band. Travers tried to escape but a dum dum bullet struck him breaking into sixteen pieces within his body. He played dead.

Only one other member of the band, Des McAlea, who has also joined in the battle to learn the truth of that awful night, survived.

The Netflix documentary proves the  British Government's collusion in the murders.

The Miami Showband, photographed in the 1970s.

The UVF gang who shot the men was led by Robert Jackson, AKA The Jackal, Ireland's greatest ever mass murderer suspected of killing up to 50 Catholics.

The plan apparently was to have the bomb explode in the van, have the band members labeled as terrorists and put pressure on the Irish government to seal the border.

Unnamed intelligence officers personally acquainted with Jackson stated that he was a psychopath who would often dress up and attend the funerals of his victims because he felt a need "to make sure they were dead."

The Netflix documentary reports extensively on Travers and his search for the truth. Thwarted at every turn, feeling the power of the hidden hand cover-up led by MI5, the heroic tale of how Travers overcame it all makes for gripping viewing.

It will reach millions of viewers who would not normally have heard of the Miami Showband and the brutal attack which left him so badly wounded in 1975.

Travers says the documentary will give a powerful boost to his cause: “I want to show that we can learn from history. And I want to remind people that we are not going away anywhere in our search for justice. It’s a story to highlight the injustice for all of the victims and families on all sides. The attack on our band was totally unnecessary."

Travers believes he has an important story to tell about the failure of violence to resolve political problems and believes his story is more important than ever as wrangling over Brexit heightens tensions between Britain and Ireland.

“It’s important to remind people that violence caused terrible, terrible problems. It failed the people who used it as an instrument for social change. It failed in every single way. It wasn’t successful at all. The people involved in the violence have all renounced it and rejected it. It’s proven that it didn’t work,” he says.

"ReMastered – The Miami Showband Massacre"  is now available to Netflix subscribers across the globe.