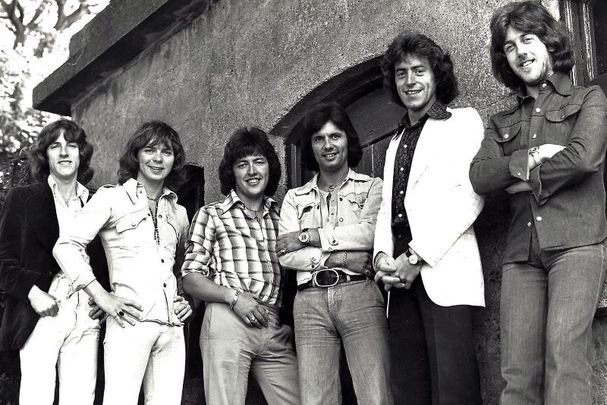 A long battle for justice for three members of a popular Irish music group, Miami Showband, who were murdered during The Troubles in Northern Ireland received a huge boost this week with official confirmation that an undercover British Army soldier was involved.

Heavily redacted Ministry of Defence papers released to the lawyer for the family of one of the victims have confirmed the involvement of Captain Robert Nairac in the murder of three members of the Miami Showband, in July 1975.

When it awarded him The George Cross, was Buckingham Palace aware that Captain Robert Nairac was named, in an official Ministry of Defence document, as having been "involved in the planning and execution of The Miami Showband murders" or was the palace misled by the government? pic.twitter.com/y0wrFflyYL

The documents back up the claims of survivors and family members, over many years, that British security force personnel were directly involved in the murders which sent shock waves across the island of Ireland.

The papers were released to solicitor Michael Flanigan, who represents the widow of one of the musicians who were murdered by the side of a road in a late-night attack as they made their way home from a gig in Bambridge, Co Down.

“The day the music died”

The Miami Showband Massacre, as it became known, shocked music fans on both sides of the border and was known as “the day the music died”. Other members of the band were shot and left to die near the border but survived and managed to raise the alarm.

After that atrocity, many people were too fearful to travel across Northern Ireland to attend concerts for the remainder of ‘The Troubles’.

The massacre is also known to music fans all across the world thanks to a gripping Netflix documentary which was released last year.

The killings took place after an Ulster Volunteer Force (UVF) gang ambushed the band’s minibus. The band members thought it was a military checkpoint when they were flagged down on the road.

Civil proceedings are being brought against the Ministry of Defence and Police Service of Northern Ireland (PSNI) by survivors Stephen Travers and Des McAlea, and the widows of Fran O’Toole and Brian McCoy. Because of the case, the authorities were forced to release documentation in recent days.

The documents back up the testimonies of survivors that they heard a “clipped British accent” at the scene of the massacre. They confirm allegations of British Army collusion which were made in the Netflix documentary.

For over four decades, it has been suspected that the atrocity was carried out under the instructions of a British Army intelligence officer, Captain Robert Nairac.

The redacted documents suggest that Nairac obtained equipment and uniforms for the killers and that he bore responsibility for the planning and execution of the attack.

Two years later, Nairac was abducted by the Irish Republican Army (IRA) while participating in an undercover operation in South Armagh – then known as ‘Bandit Country’ by the British forces – and his body has never been found.

Bass player and survivor Stephen Travers has vowed to continue the campaign for justice on behalf of the families and survivors. Lead singer Fran O’Toole, guitarist Tony Geraghty, and trumpeter Brian McCoy were all shot dead at the fake army checkpoint near Newry.

Two loyalist terrorists, who were part of the UVF checkpoint, were also killed when a bomb they tried to plant in the band’s van exploded prematurely.

Travers has always maintained that those who carried out the attack wanted to plant the bomb on the band in order to seal off the Irish border and force the Irish Government to increase the number of checkpoints on their side.

The loyalist terrorists intended the bomb to go off after sending the band members on their way. Instead, after it went off prematurely, the other members of the armed unit shot the musicians by the side of the road.

Travers was hit by a bullet, which broke into sixteen pieces within his body. He pretended to be dead until the loyalist terrorists had left the scene.

The Dublin-based Miami Showband regularly crossed the border for concerts and there were both Protestants and Catholics in the band. They were the most popular band in the whole of Ireland at the time.

The band members were killed by members of the notorious Glenanne Gang, made up of loyalist paramilitaries and serving British police officers and soldiers.

Mr Travers told IrishCentral that he was hugely disappointed to be proved right with the revelation that a British Army captain had planned the attack which saw three of his friends lose their lives.

“This was a case of the British army being involved in the planning of an execution,” he said.

The documents were released to the solicitor representing Varlie Andersen, widow of Fran O’Toole, who is taking legal action against the MoD and the chief constable of the Police Service of Northern Ireland (PSNI).

“When I first saw it, I must have read each line at least 10 times, desperately searching for some reason to be sceptical. But the stark reality of his name on the page before me was both dreadfully sad and at the same time tremendously exciting,” said Mr Travers on his Twitter feed.

For almost 45 years, his campaign for justice has been thwarted by the refusal of the PSNI and the British state to release documents relating to the case.

Mr Travers has become a leading cross-community campaigner for peace and justice in Northern Ireland and brings victims of State, loyalist, and republican terror attacks together.

He has been invited to give a speech at the annual Bloody Sunday commemoration ceremony in Derry on Sunday (February 2), when the people of the city will congregate to remember the 14 innocent people who were shot dead by the British Army in the Bogside area of the city on January 30, 1972.

Mr Travers has been invited to address the crowd in Derry by the Bloody Sunday March Committee because of the huge amount of work he has done with the Truth and Reconciliation Platform (TARP) over the years.

“I have a long association with the people of Derry and I can honestly stand in front of them and tell them that I know their pain,” he told Irish Central. “The murder by the British Army of 14 innocent people on Bloody Sunday was a huge event which shocked the world.