Both of the major political parties in Ireland, Fianna Fáil and Fine Gael, have mounted their high horses on the issue of going into government with Sinn Féin. 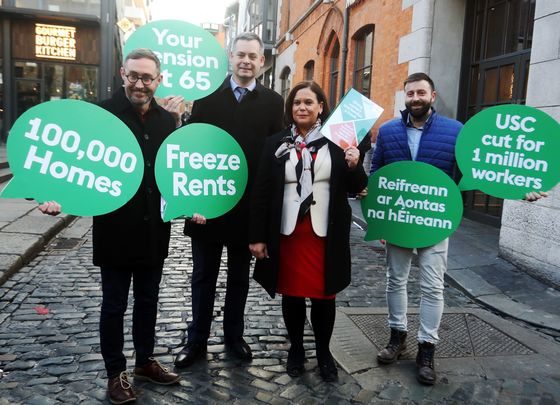 Both of the major political parties in Ireland, Fianna Fáil and Fine Gael, have mounted their high horses on the issue of going into government with Sinn Féin.

Sinn Féin are unclean, they say, still reporting to whatever remnants there are of the Irish Republican Army and not fit for government. Therefore, under no circumstances would they enter into government with them as coalition partners.

In the case of Fianna Fail it is downright comical to see them take that stance. They brought Ireland to the verge of bankruptcy with the death of the Celtic Tiger, allowing crooked banks and developers to drive the country into unimaginable debt.

Their own party leader back then could never explain where funds deposited in his own bank account, for people unknown, came from. In a hysterical moment, Bertie Ahern claimed to have won it on the horses. 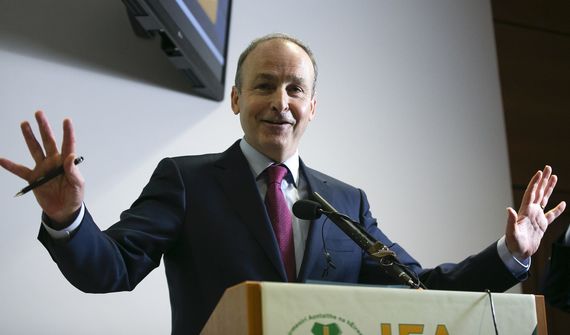 This is the party that now refuses to have any dealings with Sinn Féin with the election fast approaching. Instead, they would much prefer to deal with the Green Party, their hapless handmaidens in the last government who saw no evil as corruption almost bankrupted the country.

The Fianna Fáil leader Micheál Martin was a senior figure in the worst Irish government in history yet he is the one most loudly proclaiming he cannot be seen to govern with Sinn Féin.

It has become a major issue. Opinion polls show only a five percent or so differential between the three major parties.

Read more: Ireland may be on the cusp of a political earthquake this election season

Fine Gael has also adopted the Fianna Fáil position which is extraordinary for a party whose history is bathed in blood and who carried out some dreadful atrocities during the Irish Civil War, including tying prisoners to a mine at Ballyseedy, in County Kerry, and blowing them up.

I bring such long-ago incidents up only to point out that a few decades from now The Troubles will be firmly in the past as new generations are born with no memory of them. None of the three major Irish parties have clean hands.

It is high time that Sinn Féin was given the credit for reaching for politics and peace. Even the Democratic Unionist Party (DUP) in Northern Ireland consider their bona fides to serve in government to be just fine. Thank you.

But the North is different, say the Irish political parties who are not Sinn Féin. Well actually it is, but not in the way the South thinks. It is a clear example to the South that when men like Martin McGuinness and Ian Paisley made peace then any conflict can be resolved.

What is glaringly obvious is that young people especially are not buying the cant from the two major political parties. In this year’s election, polls show Sinn Féin has a clear lead with voters under 30.

As Una Mullally noted in The Irish Times:

“A generation of young people in Ireland became politicized not along party lines or old-fashioned tribalism but along issues...

"Fianna Fáil and Fine Gael are playing 20th-century politics with a 21st-century electorate.” 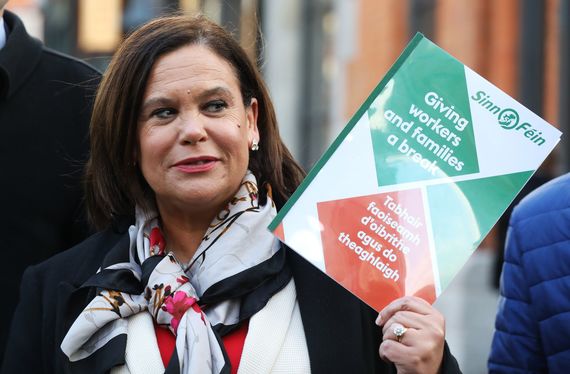 We here in Irish America spent decades working with Sinn Féin’s leadership and supported them on their march towards giving up the violence of the IRA and taking the political path.

Instead of working with them the major political parties are trying the old exclusion game that failed miserably during The Troubles.

The reality is that voters will give Sinn Féin a  mandate and that mandate must be recognized, as it is now in the North. Alas, the exclusionary mentality still rules in major political circles in Ireland but it is becoming more untenable by the day.

Who would you vote for in the Irish 2020 General Election? Let us know in the comments section below.