Irish Travellers say racism is nothing new in Ireland

Language used by President Donald Trump in the United States has emboldened far-right racist remarks among some politicians in Ireland. 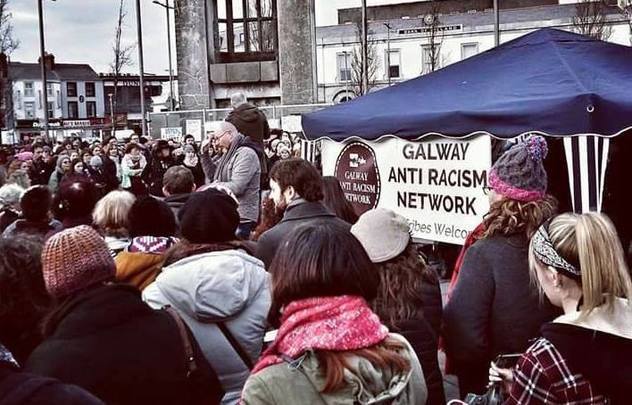 Campaigners on behalf of one of Ireland’s most deprived ethnic minorities have claimed that the language used by President Donald Trump in the United States has emboldened far-right racist remarks among some politicians in Ireland.

Following a report which highlighted Travellers’ lack of engagement with the political system on Thursday, campaigners have pointed out that racist rhetoric aimed at immigrants and asylum-seekers in recent years has been directed against members of the travelling community for generations.

Joanna Corcoran, of the Galway Traveller Movement (GTM), told IrishCentral that it was wrong to suggest racism was a new feature of Irish politics, as politicians have used fear-mongering against members of the 40,000-strong Traveller community for decades.

Read more: Racism is an issue in an Irish general election for the first time

In October 2018, a presidential election candidate, Peter Casey, experienced a surge in support after describing Travellers as “people camping on someone else’s land”. His controversial remarks led to calls for Casey, who lived in the United States for years, to pull out of the race. 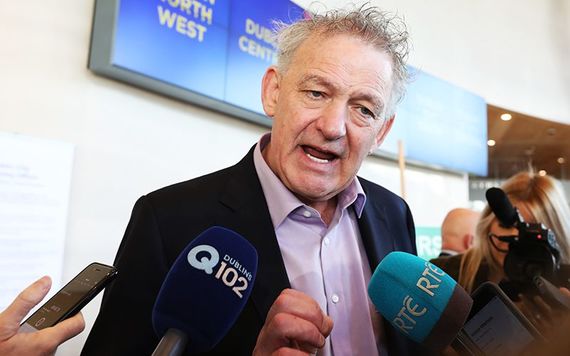 “If you pick on the most disadvantaged in any community, you are a bully. I think people in Direct Provision are experiencing that now. It’s bullying and it’s racism. Travellers have been experiencing this for as long as anyone can remember. There are policy documents from the 1960s where the authorities wanted to breed us out,” said Ms Corcoran.

Direct Provision is the system which the Irish Government has used to house asylum-seekers while processing their cases for almost two decades.

Corcoran said Travellers had been discriminated against for decades, particularly in relation to housing. There have been high-profile cases of mainstream politicians taking “credit” for blocking culturally-appropriate Traveller housing in their areas.

“People use anti-Traveller sentiment to get votes. That’s nothing new and it was nothing new with Peter Casey, either. We have had different people running for election over the years who have written letters to their constituents ‘taking the credit’ for not allowing Travellers into their areas,” she said.

“The likes of Donald Trump seem to have made it acceptable for some people to express racist views. A major part of the Brexit vote in the UK was inspired by Trump and now, unfortunately, it’s coming this way to Ireland. It’s nothing new, but it seems to be getting worse.”

Canvassing is now underway for the General Election in Ireland, which takes place on Saturday, February 8.

Corcoran said she hoped there would be a “dignified campaign” and that candidates would focus on the issues which affect ordinary people’s lives, rather than sowing the seeds of division and hatred.

“I hope people focus on what’s actually needed, rather than racism and hate. What is needed in terms of accommodation, mental health services, and funding for the public health system across the country,” she said.

“Some politicians exaggerate fears about people and make them worse, such as making comments about money leaving the country which later turn out not to be true. It’s feeding the fear and people’s imaginations.”

Corcoran said that Travellers’ groups were against all forms of racism. Travellers experience fear in terms of housing, getting a job, going to a shop, or even when booking a hotel for a wedding or a funeral.

“A member of the Travelling community cannot even pass away in peace. If we have a funeral, we have to wonder is the whole town going to shut down? If a member of the Travelling community goes to the shop, will he or she be followed around? If I want to get a job, will I have to change the way I look? Or change my address? Or my name? Those kinds of worries bring mental health implications,” she said.

Although Travellers were recognised as a distinct ethnic minority by the Irish State in 2017, businessman Casey ridiculed this designation during the election campaign in October of the following year.

“That’s a load of nonsense,” he said. “They are not from Romany or whatever. Let’s call a spade a spade. Your house price doesn’t start going through the roof as soon as you get two dozen Travellers moving in down the street from you.”

Corcoran said his comments were particularly hurtful to the Traveller community in the wake of the Carrickmines fire tragedy in Dublin in 2015 when ten people – including five children – lost their lives.

She pointed out that local authorities across the country have failed to spend money they have been allocated to provide housing to Travellers.

Martin Collins of Pavee Point said the Carrickmines tragedy should have been a catalyst to spur on local authorities and Government into action in terms of Traveller accommodation.

Following the Inquest into the ten deaths at Carrickmines, he said it was "quite disgraceful" that Travellers continue to live in unsafe conditions while millions of euro in allocated funding has gone unspent.

Corcoran recalled that the Carrickmines families were living in an unsafe halting site because of institutional racism, as the local authority in Dublin had failed to provide them with suitable accommodation.

The pain of the families following the devastating fire was compounded by the reaction of local people when alternative accommodation was sought for the survivors in the immediate aftermath of the disaster.

“What was the reaction of people when those families had to find somewhere else to stay?” she asked. “A whole estate came out and blocked roads to prevent them from moving into a place they were offered by the local authority. What did people think would have happened if Travellers blocked up the roads to prevent a settled family from moving into a Travellers’ estate?”

Corcoran said hatred would not solve anything at a time when Ireland was in the midst of crises in terms of homelessness and the provision of health care.

“I have attended meetings where I have heard people talk about my community as though we were nothing. We are human beings and yet people talk about us like we are nothing. As a Traveller woman, I was sick to my stomach when I heard Peter Casey make those comments in 2018 and I believe he has emboldened others to express racist opinions since then.”

On Thursday, a report by Seanad Eireann (the Irish Senate) recommended that there should be a place reserved in the upper house of the Irish parliament for members of the Traveller community. There has never been a Traveller in the Dail or Seanad since the foundation of the State in 1922.

Welcoming the report, Brendan Joyce of the Irish Traveller Movement said Travellers experienced huge levels of inequality. He said there was no place for anti-Traveller racism in Ireland and pointed out that half of Irish Travellers will not live until the age of 38.

* A digital journalist based in Galway, Ireland, Ciaran Tierney won the Irish Current Affairs and Politics Blog of the Year award. Find him on Facebook or Twitter here. Visit his website here - www.CiaranTierney.com.