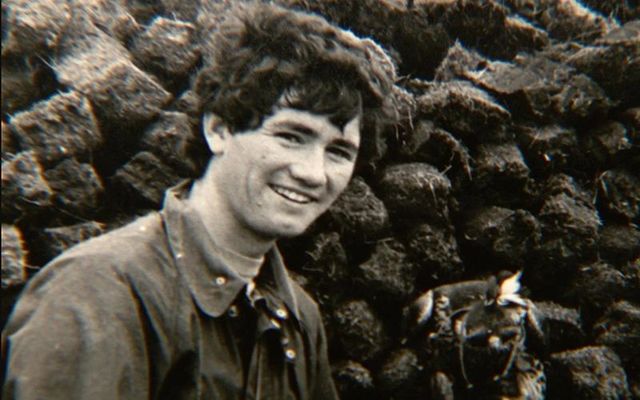 Captain Robert Nairac, a British spy, was murdered by the Irish Republican Army. His body may have been found in County Louth. YouTube

One of the most enduring mysteries of The Troubles is the location of the body of Captain Robert Nairac abducted and killed by the Irish Republican Army (IRA). Now cadaver dogs may have found him

The remains of a British army captain, Robert Nairac, may be buried in a wooded area of County Louth. Cadaver dogs led an investigator to the site.

Only three bodies including Nairac’s out of 16, who disappeared after being killed by the IRA during The Troubles have yet to be found.

Nairac was abducted and killed by the IRA, in 1977, in one of the most discussed killings of The Troubles.

On Tuesday, cadaver dogs led their owner Alan Barry to a spot in Ravensdale Forest, just on the Irish side of the Northern Ireland border. Barry is a former British soldier and now a documentary filmmaker.

Amazingly, a psychic hired by Barry had led him to the same spot.

Now a commission for “the disappeared” (those whose bodies have yet to be discovered), a government-appointed body, has decided to investigate the possible discovery because of the cadaver dog’s findings. The Irish Times reports the “information is being taken seriously” but the commission also cautioned against premature speculation that Captain Nairac’s remains will be located in the forest.

The Times also reported that the cadaver dogs were trained and handled by Paul Murphy who trains dogs for the Civil Defense and US police forces.

He said the dogs gave a “very, very, very strong indication” of human remains. One dog initially alerted something was buried at the spot. The second dog was then brought in and it alerted to the same spot.”

Nairac was on his fourth tour of duty of Northern Ireland when he was murdered by the IRA. He had become a familiar face in parts of South Armagh where he worked for military intelligence. 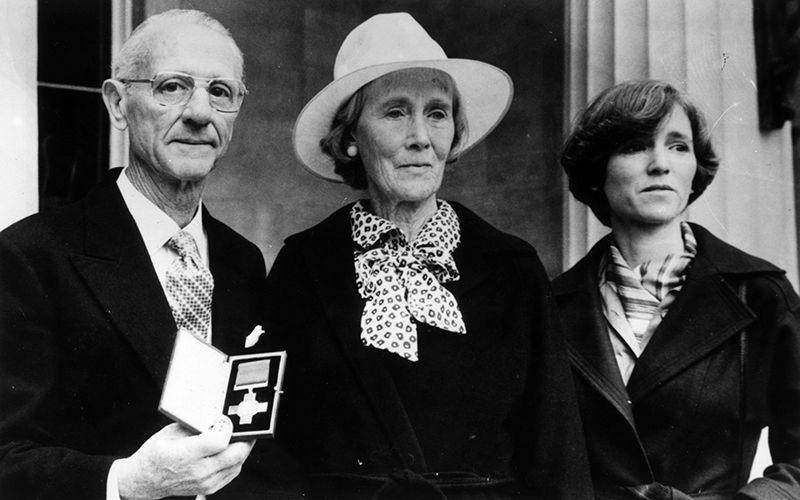 Members of the Nairac family, (from left) Maurice, Barbara and their daughter Rosamonde, at Buckingham Palace after they had been presented with the George Cross in honour of their son, Robert, a British soldier killed while undercover in Northern Ireland.

A New Jersey resident, Patrick Maguire, originally from Northern Ireland was named, in 2009, as one of his abductors.

Speaking to journalists in 2009 Maguire said "There's nothing I can say about that night... Of course, I have regrets about it... but I'm not going to say anymore he told reporters at the time.

Some reports say Nairac ran Loyalist gangs who specialized in killing Catholics and say he was deeply involved in the Dublin/Monaghan bombings by the Ulster Volunteer Force (UVF) in 1974, the worst atrocity of The Troubles. Some British Army sources have painted him as a lone-wolf operator who was out of control at the time of his death, taking insane risks.

Nairac was last seen on May 14, 1977, in a pub in South Armagh where he introduced himself as a mechanic and member of the IRA. He went under the name “Danny McAlevy “and stated he was from West Belfast.

He got up on stage and sang an IRA song, but the locals were suspicious. Later, a scuffle broke out in the nearby parking lot and he was abducted, sparking one of the largest searches of The Troubles.

He was tortured and then shot dead.

Local IRA commander Liam Townson who was found guilty of his murder, admitted: “I shot the English captain.”

He told detectives “He never told us anything. He was a great soldier.”

To one of Nairac's fellow officers, he said: “He was one of the bravest people I ever met.”

Nairac was posthumously awarded the George Cross – the second-highest decoration for bravery in the British Army and a rarely given one at that.

His citation described how “he was subjected to a succession of exceptionally savage assaults in an attempt to extract information which would have put other lives and future operations at serious risk. These efforts to break Captain Nairac's will failed entirely.”

Below is a BBC documentary on Captain Robert Nairac: