Captain Robert Nairac’s body is one of a handful still missing from the Troubles. 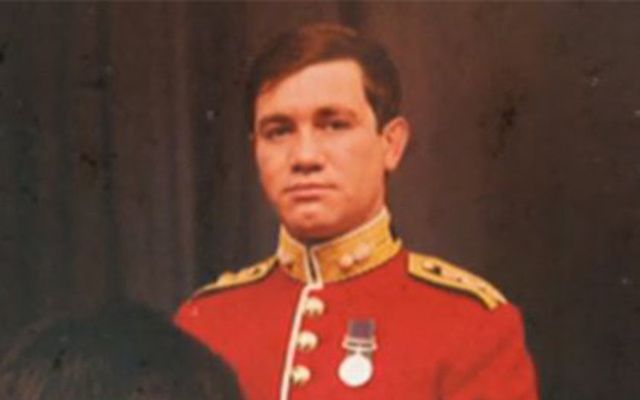 Captain Robert Nairac is one of ‘The Disappeared,’ that is to say, one of the people killed during 'the Troubles' whose bodies have yet to be found. He is also one of the most controversial figures of 'the Troubles.'

Now a former comrade of the murdered Captain has made a public plea that the location of his body be revealed to his family.

Nairac’s killers are said to have fled to the US, where they may still reside.

William Burke became a priest after leaving the British Army some years ago. Speaking to Irish television station RTÉ this week Burke says the search for his friend’s body remains unfinished business for him.

"Robert was a colleague and a friend. It’s unfinished business for me. I became the priest that he didn’t have when he was killed. I wouldn’t have left the army company if it hadn’t have been for that episode.

"All the people involved in 'the Troubles' – whatever side they’re on – are entitled to have a decent burial and respects paid by their family and friends. I would like to go to Robert’s Funeral Mass before I die.”

“Please may we have him back … for a Catholic funeral mass for his family and friends.”

Nairac was on his fourth tour of duty of Northern Ireland when he was murdered by the IRA. He had become a familiar face in parts of south Armagh where he worked for military intelligence.

Some reports say he ran Loyalist gangs who specialized in killing Catholics and say he was deeply involved in the Dublin/Monaghan bombings by the UVF in 1974, the worst atrocity of 'the Troubles.' Some British Army sources  have painted him as a lone wolf operator who was out of control at the time of his death, taking insane risks.

Nairac was last seen on May 14, 1977 in a pub in South Armagh where he introduced himself as a mechanic and member of the IRA. A scuffle broke out in the nearby parking lot and he was abducted, sparking one of the largest searches of 'the Troubles.'

He was tortured and then shot dead. Naraic was posthumously awarded the George Cross – the second highest decoration for bravery in the British Army and a rarely given one at that.

His citation described how “he was subjected to a succession of exceptionally savage assaults in an attempt to extract information which would have put other lives and future operations at serious risk. These efforts to break Captain Nairac's will failed entirely.”

Martin McGuinness family gets the right of a Christian burial my thoughts are with the family of Captain Robert Nairac and the disappeared pic.twitter.com/qsehXVqd0R

A 24-year-old Liam Townson was convicted of his murder that year. Townson told police, “He never told us anything. He was a great soldier."

Rumors spread that his body was put through a meat grinder but this claim has been utterly rejected by Geoff Knupfer of the Independent Commission for the Location of Victims Remains (ICLVR).

“We have it on good authority that he was buried and his body was not put through a meat processor,” he told RTÉ.

“His body was moved within the days immediately following these events and buried.

“We understand that he was then moved from that location and reburied.

“We don’t know exactly where, but we’re working on the basis that it would have been extremely foolhardy to drive around the area with a body.

“The chances are that the grave is in this general vicinity [in north Co Louth].”

Rumors that he colluded with loyalists have hindered the search as well. The ICLVR says such claims were investigated and proved to be untrue but Knupfer thinks they’re still holding people back from helping.

“It’s sad really because it’s because of that alleged reputation we just do not get any support from people who are probably in a position to help,” he said.