So valuable was Stakeknife to the British they even let another informer die to protect him. 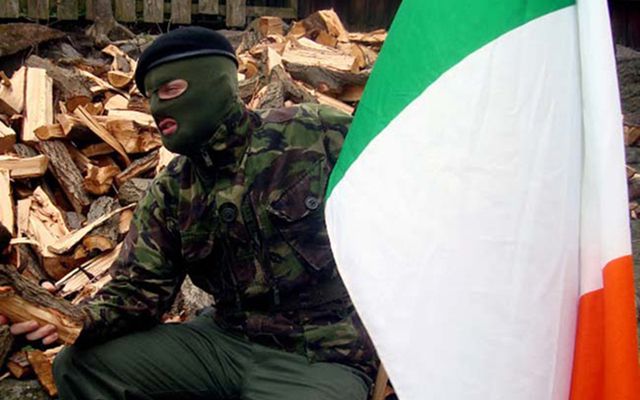 Northern Ireland’s Director of Public Prosecutions, Barra McGrory, has described a file on the British Army’s top informer in the IRA as “chilling reading.”

The attorney made the remarks in a BBC program about the agent.

“Stakeknife,” as the agent was nicknamed, is alleged to have killed up to 30 people as part of his work for the British Army’s feared undercover Force Research Unit. Scappaticci was a leading figure in the IRA's internal security unit, widely known as the “Nutting Squad” for their habit of shooting informers in the head.

Named Freddie Scappaticci in real life, Stakeknife is said to have been recruited by police after his arrest in a sales tax scam. His information soon proved so valuable to British authorities that he quickly came to be regarded as something of a “golden egg” and is thought to have even briefed Martin McGuinness, so senior was he in the republican movement.

But in his interview with the BBC, McGrory confirmed that “there is a connection between the agent known as Stakeknife and at least 18 murders.”

The figure remains disputed with some estimating single digits and others up to 30.

A retired RUC Detective Inspector told the BBC that efforts to have him arrested were thwarted from above; intelligence officials felt their work with him was saving so many lives they even let others die to protect him.

One of those men they knew the IRA had marked to die is said to have been 35-year-old Joe Fenton. The Special Branch informer gave the IRA use of his bugged house for meetings.

When the IRA discovered this, the father of four was interrogated in west Belfast and shot in the head.

Stakeknife had told his bosses Fenton was to be killed but the British seem to have taken no action to prevent the murder of the estate agent.

None of it makes McGrory comfortable.

“What we’re talking about here are almost parallel processes,” he admitted.

“We have one in which there’s a police investigation, but all along there is an entirely secret dimension to these events.

“Now that drives a coach and horses through the rule of law.

“It means that the people who carried out these murders were not properly investigated or brought to justice, so for me that is an appalling vista.”

The BBC claims Stakeknife was eventually rumbled by republicans after a man he interrogated was rescued from the same house where Fenton was shot. He was rumored to have made some kind of a deal with the IRA in order to survive.