With the US midterms upon us, it is time we all rallied to the flag and realized the real meaning of freedom. 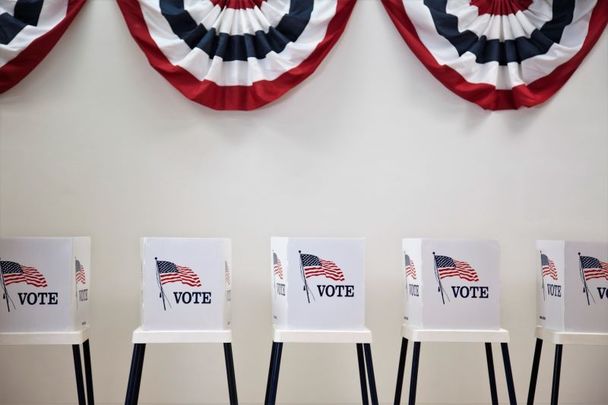 The US midterm elections will be held on Tuesday, November 8. Getty Images

For generations, the United States has stood for democracy and become a beacon to the world by allowing its citizens to vote. We hardly stopped to think about how truly magical the simple act of voting could be.

It removed incompetents from office, raised up extraordinary figures such as Abraham Lincoln and Barack Obama, and held a vast and fractious country together, blue and red, in the great experiment known as casting your vote.

Millions have died worldwide to safeguard the vote. Despots have tried to destroy it such as Hitler and Putin. Others pretend they vote, but the fix is in even before the stuffed ballot box arrives.

Millions of Americans will soon vote to decide their futures. The process is already underway with advance voting in many states ahead of Election Day on Tuesday, November 8.

None of this should even be news. It has become the time honored tradition from the time of Washington to make the vote of the citizen count.

No one ever saw the train wreck that was the 2020 election coming down the tracks. The idea that one man should decide with no evidence whatsoever that the election was rigged against him seemed so absurd as to be laughable.

Donald Trump’s election denial opened up an appalling vista of an American monarch whose vote canceled out about 180 million votes in a flash as he decided he had to have been cheated out of his “victory.”

The shockwave was that so many Americans – 60 percent of Republicans – went along with the farce and believed one fanciful story after another as to how the election was stolen.

Of course, nothing was found and King Trump’s own top law official, Attorney General William Barr, confirmed his boss had lost, as did Trump’s vice president, Mike Pence.

It followed as night followed day that despot Trump would still not accept the verdict and went to war in a treasonous action, mobilizing a militia to undertake a bloody insurrection.

At that point, you would assume normal Americans would say enough is enough and have Trump tried on sedition charges.

But no. The sheep-like worship of the false god and tinpot dictator continues to this day, and the situation seems more dangerous than ever.

Which brings us to the 2022 elections. Apparently, there are still enough dumb and desperate Trump followers who continue to pledge allegiance to the usurper who are set on undermining the sacred process of a secret ballot.

Some of the candidates, such as Arizona gubernatorial contender Kari Lake, say she will only accept the voters’ intentions if she wins. That’s fascism by the way, and it is showing its ugly face all over the country.

Fortunately, there is still time to pull back, to send the message that nothing matters more than democracy for those who gave their lives for it, for our generation, our kids and grandkids.

Inflation, immigration, and crime are deservedly major issues, but they are ultimately not issues that threaten the very fabric of society itself.

The rise of fascism, of the Proud Boys, of a crooked and careless democracy-hating president is of far greater amplitude.

Will we be the generation that lost American democracy? Deep shame on us if we are.

We should note there are many decent GOP members who do not parlay with the traitor Trump, but let’s be clear when we show up at the voting booth. A vote for a MAGA Trump candidate is a vote to kill democracy and accept autocratic fascist rule.

Alas, it had come to this. It is time we all rallied to the flag and realized the real meaning of freedom.

If not, our children will one day ask what happened to democracy, to the glorious transition of power without a shot fired which has set the US apart from every country on earth.

Trump and his jackboots are on the march in 2022. Only voting and defeating them at the ballot box can stop them in their tracks. And make sure to vote, because American democracy needs you.