There is no other explanation for Trump's actions in setting a mob on the Irish American Vice Preisdent who barely escaped with his life on January 6th, 2020. 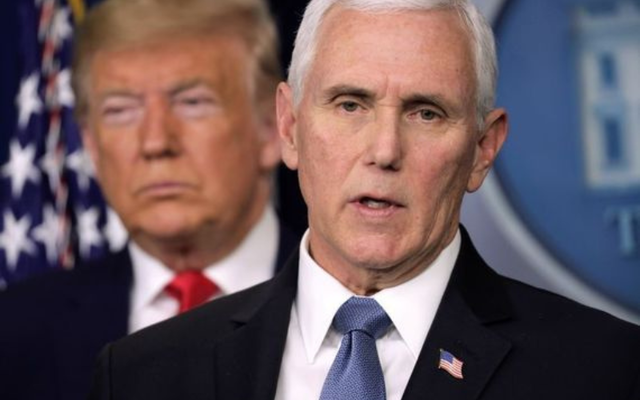 Donald Trump wanted Mike Pence dead. There is no other explanation for his actions in setting a mob on the Irish American VP who barely escaped with his life on January 6th, 2020.

The most dramatic moments of Thursday’s prime time meeting of the January Sixth Committee were the frantic calls from Pence staffers picked up on Secret Service radios.

In the calls, the Pence staff are clearly in terror of what is happening outside the flimsy door as the Trump rabble breakthrough the Capitol’s defenses.

Everywhere the tide of Trump supporters, urged on by their hero's inflammatory tweets, sweep through the Capitol building baying for blood but especially seeking Pence.

The Pence staff are in dire straits. Many ask to pass on messages to their loved ones thinking they will never see them again. Even Pence, apparently, called his wife and told her of the dire situation as the mob, chanting “hang Mike Pence” outside the door became ever more belligerent.

Trump had deliberately riled up that mob when he tweeted that Pence had not done his job and refused to decertify the election results as Trump demanded.

That was enough for the Trump footmen to erect a gallows and set off to hunt down the VP whose only sin was to follow the letter of the American constitution.

A president hunting down a vice president in the Capitol Building sounds like a bad plot for a dime novel but it was true.

As the intercepted calls from the right wing militias made clear, murder was on their mind on that January day and they would have strung up Pence like a piece of meat.

As the smoke clears all these months later the endgame is clear. There is the intent to kill Pence if he goes ahead and certifies the election.

Pence was the last card that Trump had to play and he was about to take part in the mob himself until the Secret Service denied his request. He had to know his presence among the mob would incite far greater violence.

We are getting a ringside seat in these hearings to what happens when America elects a psychotic president. Trump was simply unable to countenance losing fair and square. His deluded “Stop the Steal” campaign headed by the cadaver known as Rudy Giuliani, was a desperate attempt to drag America into a black hole with him and end all hope for democracy.

Fortunately, it did not work thanks to Mike Pence who should really have shown up in person at the hearings and told the entire story for the good of America.

Attorney General Merrick Garland doesn't really have a tough task--trying to kill your VP and slaying democracy at the same time is a formidable crime well worthy of a jail sentence. It was almost murder most foul inciting a mob and seeking to kill your own VP is a big deal. The American revolution started for less.