The January 6th Committee hearings prove that there is little question anymore that Donald Trump should be indicted. 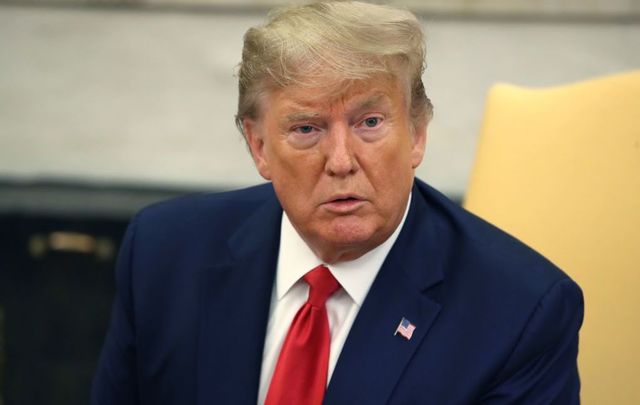 Former president Donal J. Trump, while he was in office. Getty Images

There is no longer any doubt Donald Trump engineered, planned, and carried out a seditious attempt to destroy the American constitution and steal the 2020 election for president.

Donald J. Trump's guilt has become crystal clear from the investigation and information gleaned so far by the Select Committee to Investigate the January 6th Attack on the United States Capitol.

There is little question anymore that he should be indicted.

Of the 45 men who have held the presidency, he is the only one who has besmirched the office by seeking to circumvent and undermine the constitution and steal the presidential election. If that does not deserve an indictment, I don’t know what does. Richard Nixon was set to be impeached for far less.

The January 6th Committee has done trojan work revealing the true narrative of that day. The committee has snatched the narrative back from Fox and friends who had pegged it as a few good old boys overdoing the fun and hijinks on a family picnic.

The evidence gathered at the congressional hearing has destroyed that illusion forever. What the committee has uncovered to date is truly frightening. It was a sustained attack on the Vice Presidency, the Justice Department, the voting booth workers, the secretaries of state, and indeed anyone who had anything to do with administering the election.

At first, it all looked like an uncoordinated, disparate series of events, unconnected for the most part. Instead, it has become a clearly defined attempt at a coup to overthrow the Biden administration.

The key to Trump is he always tips his hand and says what he means. When he called for the fascist Proud Boys to stand ready during the first presidential debate in late September 2020, it was the kick-off of the Doomsday strategy if Trump was denied power by the voters.

Then, during the campaign, he made his second move, managing to sow massive confusion about mail-in ballots which he knew were far more likely to be from Democratic voters.

On the night of the election, he ignored all his own counselors and decided to follow drunk Rudy Giuliani and set up the theft. In jig time, he had a fake case based on "theories" not "evidence," to quote Giuliani.

The good news is he did not succeed. The further good news is that the people who stopped him were men and women of integrity, mostly Republican supporters and office holders.

Still, it was a close-run thing, but democracy prevailed - for now.

We have surely learned that the “price of liberty is eternal vigilance,” as the 18th Century American phrase goes. We also know more colloquially, “If you do the crime, you do the time.’

Will that ever come true when it comes to Donald Trump? It is certainly looking more likely.