This week's Irish Voice Editorial: "It was heartening to see so many GOP lawyers, Donald Trump-appointed Justice Department officials, White House staff, and even Trump family members exposing the truth at last." 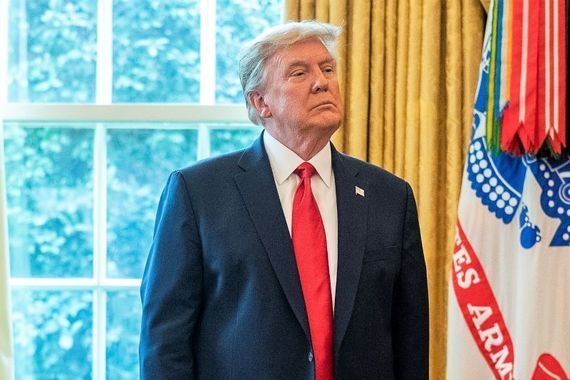 Mike Pence’s reputation for honesty and patriotism has only grown since the congressional committee investigating the January 6 insurrection has begun its public phase.

Indeed, apart from Pence, it was heartening to see so many GOP lawyers, Donald Trump-appointed Justice Department officials, White House staff, and even Trump family members exposing the truth at last of the attempt by Trump to stay in power based on no evidence other than what he pulled out of his lame brain.

As John King noted on CNN, members of Team Trump are the ones hanging their former boss.

The committee’s hearings also excoriated Trump’s henchmen in the delusion, the inebriated Rudy Giuliani and his merry pranksters making up voter fraud stories out of thin air.

When Team Trump told the former president the truth that Joe Biden had defeated him, Trump turned instead to Giuliani and other nutters.

But nobody is laughing at the intended end game. The committee has gathered irrefutable evidence that far from a series of ad hoc events with no unified command, the reality of January 6 now appears far more sinister.

The Trump “Big Lie” peddlers knew the only constitutional moment they could succeed with their dastardly plot against democracy was January 6, 2021, at 1 p.m. when the constitution promulgated that the Electoral College votes should be counted by the vice president.

As the man charged with counting the votes, Pence was in the crosshairs of the conspiracy. It was as simple as this — turn Mike Pence and you overturned the election.

Rarely has one man borne such a burden as Pence, the grandson of Irish immigrants. It is quite incredible that Trump said he deserved hanging by the mob. Needless to say, never has a sitting president wished for the hanging of his vice president.

Trump seized on the afternoon of January 6, knowing that if he stopped or changed the vote count, America would be thrown into a massive constitutional crisis. There was simply no direction or guide in the Constitution covering the possibility that the electoral votes were uncounted.

An educated guess would involve the election being decided either by the heavily pro-Republican Supreme Court as happened with Bush/Gore 2004, or thrown into the House of Representatives where the GOP had a numerical majority in the number of states eligible to be counted, with one vote for each state.

It was “a coup in search of a legal theory” as one of the 62 judges who found no merit in Trump’s attempt to overturn the election wrote.

So January 6 was a series of events leading up to that moment when the votes from each state were to be counted. Whatever the plan, everything leads up to and away from the moment that Pence opened the election boxes in the time-honored fashion going all the way back to George Washington.

We know that Trump and his enablers brought every ounce of pressure but could not move Pence.

Pence, conscious of the incredible burden he bore, refused to be bullied or to leave Capitol Hill and did the right thing by his own lights and history. The U.S. owes those Republicans who stood up for the Constitution a debt of gratitude.

Next up, hopefully, will be criminal charges brought by the Department of Justice against Trump for leading the attempted coup against his own country’s democracy. There certainly seems to be a mountain of evidence against the utterly disgraced and delusional president.

*This editorial first appeared in the June 15 edition of the weekly Irish Voice newspaper, sister publication to IrishCentral.