For far too long the GOP and Fox News have spread the gospel of white resentment and tolerated racism and it has come home to roost. 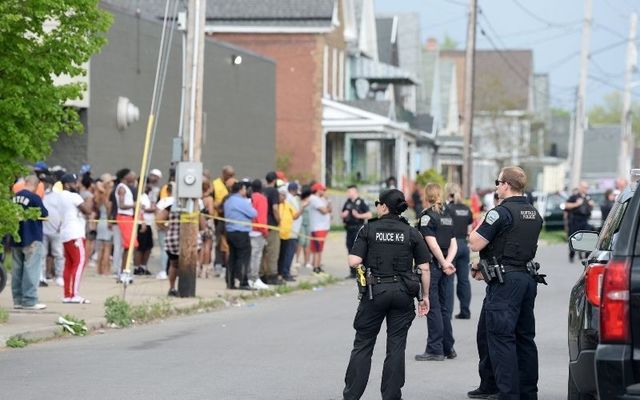 Matthew Dowd the chief campaign strategist for President George W. Bush and now a leading critic of the party he once served placed the blame squarely where it belonged after the Saturday Buffalo shootings.

“Though they aren't likely to be held criminally responsible, I hold morally responsible for the shooting in Buffalo, folks like Tucker Carlson, Laura Ingraham, Trump, GOP leaders like Elise Stefanik, Cruz, Hawley, etc.”

Strong words but true. For far too long the GOP and Fox News have spread the gospel of white resentment and tolerated racism and it has come home to roost.

When I  heard that a white supremacist, Payton Gendron, had gunned down 10 African Americans in a Buffalo supermarket, my mind immediately returned to September 2020 and the Biden/Trump presidential debate where moderator Chris Wallace asked Donald Trump to reject white supremacists, and all of their actions. I’m sure Mr. Gendron was watching too.

Here is the exchange:(Wallace to Trump)

“Are you willing, tonight, to condemn white supremacists and militia groups and to say that they need to stand down and not add to the violence in a number of these cities....?

TRUMP: Sure, I'm prepared to do that. But I would say almost everything I see is from the left-wing, not from the right-wing. If you look, I'm willing to do anything. I want to see peace.

WALLACE: Then do it, sir.

TRUMP: Proud Boys, stand back and stand by...

Instead of rejecting, Trump actively urged the white supremacists The Proud Boys to “stand by” for future instructions. Of course, we know they went on to play a major role in the attack on the Capitol on January 6th.

The supremacists rightly took it as a clear signal by the then-president to continue their racist ways.

I’m sure the 18-year-old gunman who killed those ten innocent Black people was encouraged and inspired by the fact that the President of the United States was siding with an organization that reflected his beliefs. Maybe that is why he live-streamed his murders, to show just how much hate he was able to tap into starting with a president who refused to condemn white racism.

Then there is the “replacement theory” which the killer referred to as one of his major gripes with America.

Pray tell who is the biggest proponent of that racist ideology in America?

Why Tucker Carlson of course.

When asked by NPR which racist theory did Carlson focus on most, Confessore said “replacement theory”, noting Carlson had referred to it in no less than 400 of his shows. Here is the exchange:

Confessore: “And I'll give you one example, which we can come back to. This idea of replacement theory - you've probably heard about it. And even if you're not paying much attention to cable news, you'll probably recall that last spring he got in some hot water for saying, yeah, the elites in this country are trying to replace Americans with obedient people from what he called the Third World.

"Now, that is a direct borrowing of language and concepts from white nationalists and not just conservatives. I'm talking about people who are neo-Nazis, open nativists, white nationalists, people who get together in dark corners of the internet, mostly, and propound theories about how a cabal of elites - sometimes Jews, sometimes broader - are trying to replace Americans. Now, that theme hadn't just popped up on the show last April. A version of it has been present in 400-plus episodes of the show."

400! and no doubt the Buffalo killer followed that debate with great interest.

Trump and Carlson are enabling and encouraging hate speech in America. The consequences have now struck home in brutal fashion.  When you play with fire innocent Americans get burned. There are ten dead in Buffalo, we may only be at the tip of the iceberg.