In an ideal world, the tragic death of Savita Halappanavar in Ireland in 2012 would force Supreme Court Justice Samuel Alito to reconsider his opinion on Roe v. Wade. 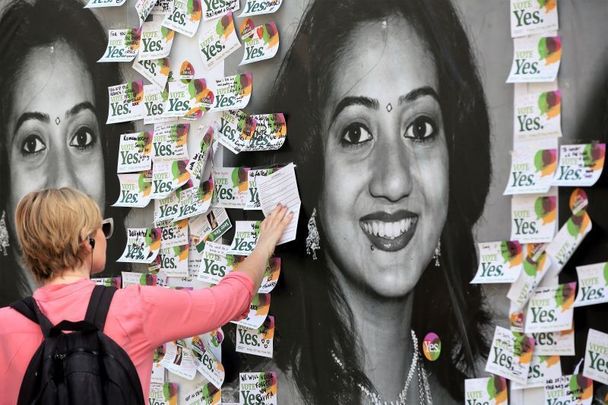 I wish Supreme Court Justice Samuel Alito had met the late Savita Halappanavar, a charming young woman and recently qualified dentist from India who made her home in Ireland in 2010 after meeting and marrying a fellow Indian who worked in high tech in Galway, a place and a country she had never visited.

In an ideal world, if Alito had a shred of humanity or compassion, the Savita case would stop him in his tracks and plant a tiny seed that his imminent majority judgment on Roe v. Wade should be reconsidered.

The utter certainty in the leaked draft document Alito authored is what scares the most, the trenchant belief that by banning abortion he can somehow reverse the tide of history, dust off his hands, and say all is clear and definitive.

But as a result of canceling Roe v. Wade, Alito is only ensuring more chaos in the future.

Women are not going to step back 50 years to backstreet abortions. Alito doesn’t even make exceptions in rape or incest cases.

But the justice has made a fundamental miscalculation and set up a battle for the ages. The U.S. has come too far in a half-century to suddenly dispose of women’s rights on this issue.

Ireland is among those countries which legalized abortion in recent years, in its case March 2018.

In Ireland, a bad law contained in the text of the 8th Amendment to the Constitution practically ensured a disastrous outcome at some point. The amendment created a lethal trap for a future abortion case.

Under it, the lives of the mother and child held equal value, and as long as the fetus had a heartbeat it could not be aborted. But what would happen if the baby still had a heartbeat but was no longer viable for birth and the mother was in imminent danger?

In October 2012, Savita showed up at the Galway hospital complaining of severe back pain. She was 17 weeks pregnant. She was sent home but came back later in dreadful pain, and it was confirmed the baby was not going to make it.

However, the doctors refused to carry out an abortion, citing the 8th Amendment which would have left them open to possible criminal charges. They waited too long to abort the non-viable fetus, and Savita died at age 31 from sepsis within a day.

Savita became a sacrificial victim, the hospital refusing her an abortion as long as the heartbeat continued.

It was a horrific outcome, one which eventually resulted in Holy, Catholic Ireland shocking the world by voting for abortion 66 percent to 34 percent.

Alito has overreached. We can only wait and see how this move to reverse time and send America back to an era where no abortion, even in the cases of rape and incest, was permitted will play out.

The legacy of Savita Halappanavar changed Ireland. Alito’s legacy will forever be his attempt to turn back time to an era when women had no rights over their bodies and justices and politicians knew best. Bill Clinton stated it best on abortion policy when he said abortion should be rare but legal.

Alito and his coterie clearly don’t believe that is so, and that they can merely wave a wand and America will reverse a law that has stood for almost 50 years.

Up next for the radical right could be same-sex marriage and I kid you not, birth control and IVF. Make no mistake, they are set to attack those freedoms too.