Ireland's passports rank joint sixth in the world's most powerful alongside France Portugal and the United Kingdom. 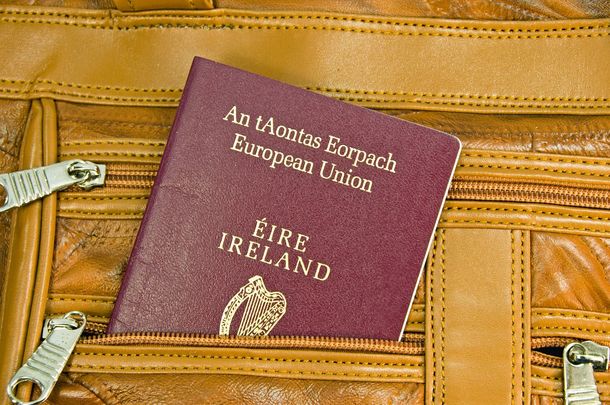 Have passport can travel! Irish passport continues to be ranked among the world's most powerful. Getty

The Henley Passport Index, which ranks countries' passports on the number of destinations holders can access without a visa, continues to list Ireland and other EU countries among the most powerful in the world.

The Henley Passport Index for 2022 ranked Japan as the most powerful passport in the world as they have access to 193 destinations without a visa before departure. Singapore and South Korea come in second with European Union countries dominating the top ten list thereafter.

Germany and Spain come in third place with Finland, Italy and Luxembourg following in joint fourth place, and Denmark, Netherlands and Sweden in fifth place.

Ireland and the United Kingdom are on par in sixth place along with France and Portugal, with access to 187 countries. The United States then comes in seventh place.

In the latest rankings, Ireland, the UK and the US all dropped a place. The report does mention that these rankings come as travel within the European Union and the United States has only returned to 60 percent of pre-Covid levels.

In comparison, Russian travel documents are ranked 50th. China placed 69th, India’s passport ranked 87th and Afghanistan’s passport is the least useful, getting the holder into only 27 countries.

The Henley Passport Index uses data from the International Air Transport Association (IATA), and ranks passports according to the number of destinations their holders can access visa-free or with a visa on arrival.

Dr Christian H. Kaelin, Chairman of Henley & Partners said “The latest results from the Henley Passport Index are a heartening reminder of the very human desire for global connectivity."

Dr. Marie Owens Thomsen, the Chief Economist at IATA, gave the heartening diagnosis that passenger numbers should reach 83pc of pre-pandemic levels in 2022.

The ten most powerful passports: