How hard is it to move to Ireland as an American? 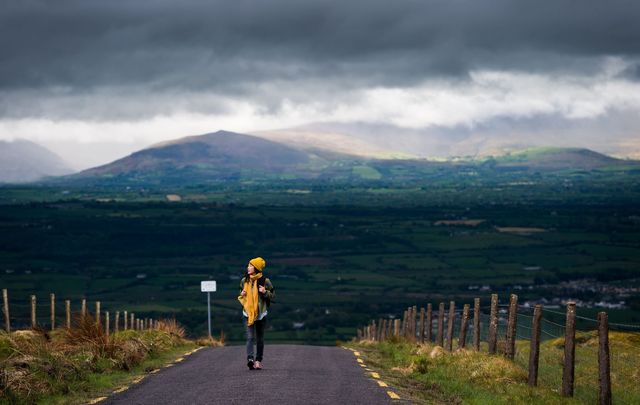 Start your research here if you're thinking of moving to Ireland from the US.

Is moving to Ireland your dream? We all have the ideal image, but, in reality, this is much easier said than done. Moving to any other country for good is going to be a big task.

Yes, for the average American, moving to Ireland may be hard but we’ve put together this handy guide to get you through or at least help you in the attempt.

Getting a visa to move to Ireland

As an American citizen, this is possibly the most difficult and uncertain part of the whole moving to Ireland process, but checking with your nearest Irish embassy is a good place to start.

The Irish Naturalisation and Immigration Service (INIS) was established in 2005 in order to provide a "one-stop-shop" in relation to asylum, immigration, citizenship, and visas. You can explore the options personally available to you here, or check out some FAQ here.

US citizens can travel to Ireland without a visa for three months but any plan to stay longer than that and they have three main options: go to Ireland to work, study, or retire.

The D-visa is a single-entry long-term visa allowing you to travel to Ireland to pursue a course of study, to work, or settle permanently in Ireland with family members who are already residents. (More information can be found here.)

Studying: One option is to enroll in a course of study but if you plan on staying in Ireland long-term, unfortunately, years spent in the country as a student are not counted as years of residence when applying for citizenship.

Working: To be completely honest, if looking for a work visa, it is difficult and there are many reasons why you may not be able to acquire a permit. You’ll need to have a job lined up before applying for the visa and convincing a company to hire you instead of an EU citizen may be hard. If you do manage to find a job, the chances of you getting a work visa are higher if you earn more. If you earn less than €30,000, for example, it becomes much more difficult.

You can check out the two largest Irish job sites to see what’s available at IrishJobs.ie, or try browsing LinkedIn.

Retiring: The third option is retirement and this also demands a lot of cash. Although one-third of Irish Americans would like to retire in Ireland, new rules implemented in 2015 make it increasingly difficult.

There is also a range of work or study visas available on the UK's Home Office website.

How to acquire Irish citizenship:

If you’re lucky enough to have a parent or a grandparent who was born in Ireland, you will not even need to worry about a visa but can instead apply for Irish citizenship. Hurray!

We have a guide on how you can do this and all the rules that apply here.

According to current tax agreements between Ireland and the US, a US citizen living and working in Ireland will pay taxes to Ireland on money earned while in Ireland and vice versa.

While the more right-leaning among us may already feel they’re paying way too much money to the government and the state in the U.S., Irish taxes (apart from the tempting 12.5% corporation tax to entice business, of course) are pretty high.

Interestingly enough, the U.S. still pays more taxes as a percentage of the country’s G.D.P than Ireland does (again the corporation tax could have something to do with this). In 2015, US taxes at all levels of government represented 26 percent of GDP, compared with an average of 34 percent of GDP for the 34 member countries of the Organisation for Economic Co-operation and Development (OECD). Among OECD countries, only Korea, Chile, Mexico, and Ireland collected less than the United States as a percentage of GDP.

Where are you going to live in Ireland?

I weirdly heard a person boasting recently that the rent in Dublin is now as high, if not exceeding, London. This is very far from a good thing, as while Dublin is a fantastic city with many great companies making their base there, we should not quite be at London standards yet.

House prices, not just in Dublin, but across the country and moving steadily upwards again, although certain quieter counties and towns will of course still offer cheaper accommodation.

While it’s a good idea to have visited the village, town, or city you wish to move to at least once before you move, to get a feel for the neighborhood and attempt to line up accommodation, temporary accommodation is an option. A downside would be, of course, how difficult this could be to coordinate if you plan on bringing most of your US possessions with you. (Do you want to move twice within a short space of time?)

To save yourself money on expensive hostels, hotels, and short-term leases and to avoid the sense of floundering on arrival, we’d advise that you know where you’ll be living before you make the move. It doesn’t always happen but with websites such as Daft.ie and the Real Estate Alliance offering advice on buying a property in Ireland, you can at least research well before taking the plunge.

Are you an American who has moved to Ireland? Let us know your story at editors@irishcentral.com.