Why she’s leaving Trump’s America and returning to Ireland

"I’m leaving a country devoid of compassion, for Ireland." 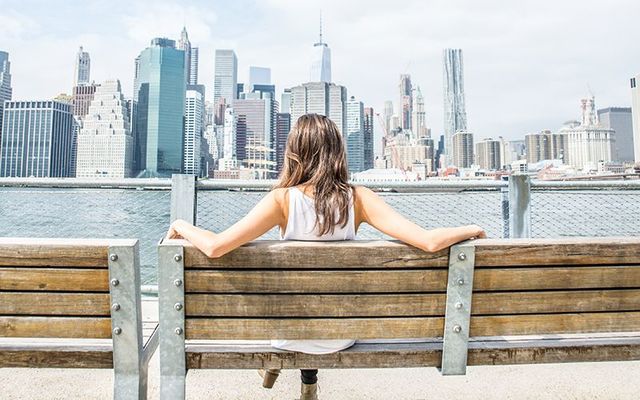 An Irish playwright living in New York has decided to leave the US due to its lack of compassion. iStock

"I’m leaving a country devoid of compassion, for Ireland."

An Irish playwright and social activist has revealed why she is returning to Ireland claiming there is no compassion in America.

Writing in The Irish Times Lisa Tierney-Keogh stated that:

She says it all comes down to the lack of one thing. “As I watch the horror unfold here in the US, I keep thinking of one word: compassion. It is not a part of the American experience. It is distinctly absent from its value system. This dearth of compassion is destroying the soul of the country.”

Ireland on the other hand she says has compassion as proven by the vote on the 8th Amendment allowing abortion up to twelve weeks.

I’m leaving a country devoid of compassion for Ireland, full of hope https://t.co/6HqBVxQh0V

“It’s been a month since the referendum… compassion and if there were more of it in the US and less need for power and control, life would be different here. I know it in my bones. Compassion is the answer. But it doesn’t exist in the fabric of American culture.

Ireland is not perfect. But Ireland is compassionate she says.

She says that is no longer possible in America.

Tierney-Keogh was one of the founders of Irish Stand, an organization. described as seeking “ justice, truth and equality in the US.”

The have hosted an anti-Trump event around St Patrick’s Day for the last two years.

“A little bit of compassion can go a long way,” she writes.

“Can you imagine what America could achieve, the kind of wonderful country it could become if it embraced and valued compassion?”

She says “When I think about coming home...I think about the future, the possibilities, the hopes I’ve held about Ireland for so long, and I know in my heart that it’s time to bring the centre of my world home.”

Do you agree with Lisa Tierney-Keogh there is no compassion in America? Let us know.