From Washington DC to Waterford and from Guinness to mates, what I've observed during four years living in Ireland. 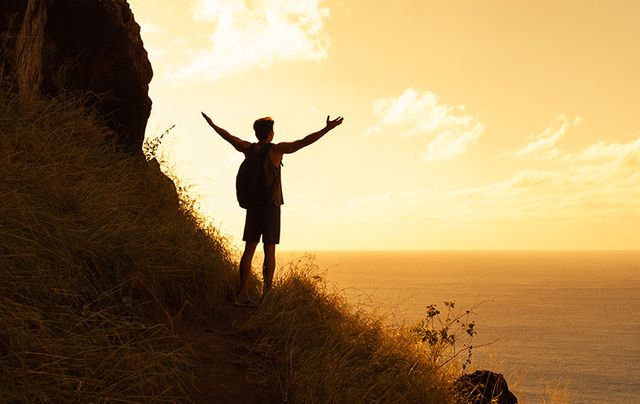 What I've observed during four years living in Ireland. iStock

I moved from the USA to Ireland four years ago with my wife to be and I have been reflecting on my journey recently. Here I share my thought about Ireland.

Irish people are some of the friendliest people in the world. I mean genuinely nice. 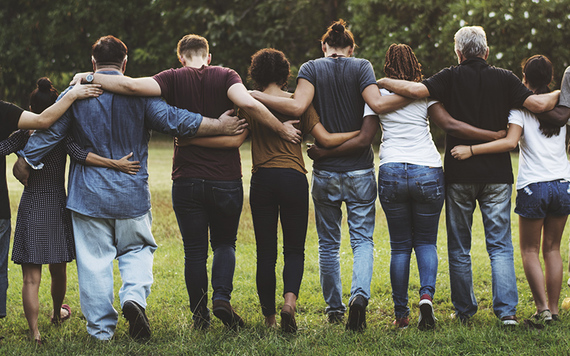 See, a lot of people think Americans are super nice, but they talk smack about you as soon as you're out the door. An Irish friend will tell you you're an ass and offer to help you move in the course of a pint. I can't stress this enough:

Irish people are the most down-to-earth, nicest people you could ever meet 99% of the time.

A sing-song during a lock-in is the greatest pleasure in the world. 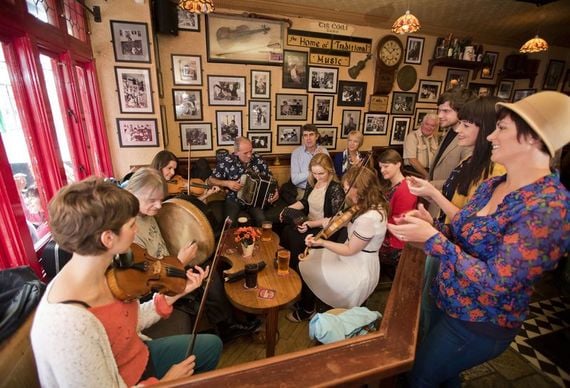 A music session in Galway.

I never would have thought I would love a sing-song as much as I do. When I first met my girl (this was when we lived in the States) I thought it was so weird when they would get some beer in their belly and start singing.

“Who does this,” I thought.

Well, let me tell you: after three years living here I picked a song, learned it by heart and any time there's a lock-in I'm not the first to sing, but I'm never the last.

Irish people are so picky about food. 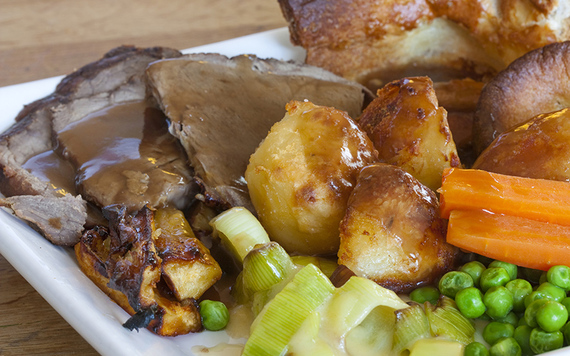 Irish people like plain food - for the most part. Give them meat and two veg anyday.

Where I grew up you would think stuff like Ethiopian food or insects were exotic eating. Living over here, I swear, spaghetti and meatballs is the most exotic thing some people would ever eat.

You go on holiday and just pray they serve chicken fingers and chips (fries). Now, I'll never understand this attitude, but think it's almost endearing.

I likes me stew and I likes me shepherd's pie and that's it! Maybe gravy! Anything else and I'd rather starve!

Brand loyalty when it comes to pints is surprising.

I always drink Guinness and if I go to my local and order anything else they look at me like I went off the rails. Miller? Sure, you're a Guinness man! Are you okay? Everything alright at home?

I think the Irish craft beer stuff is great and I like trying new stuff, but much like the food, I'm amazed by the number of people who would never drink anything but Carlsberg, Heineken, etc.

Racism here is one of the funniest things to me.

I grew up in the south, so I've experienced more than my fair share. Now, I certainly don't think most Irish are racist, very few are. But the ones you do meet over here, OMG! Like you wouldn't even hear people in the KKK say the word colored, yet over here you get people who say "Now I don't have anything against the coloreds except..." I just think it's amazingly awkward.

Ireland is a nation of pessimists. 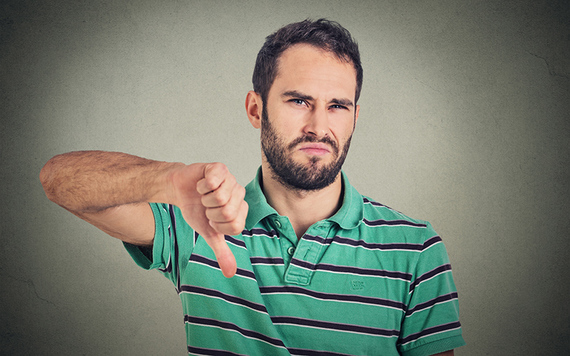 Irish are pessimists...Down with that sort of thing now.

I sincerely believe if Ireland was in a sunnier place no one would ever leave. You have so many great things going here. Real great quality of living, that kind of thing, but you wouldn't know it by talking to people.

On my previous point, I think it's amusing how so many people's idea of success is being an immigrant somewhere else but hate people that think moving here is the idea of the same type of success.

In the States people would kick your ass if you said anything negative about the country. Over here it's almost the opposite.

A breakfast roll is a national treasure.

What a meal! Although I think ketchup on it isn't nearly as good as brown sauce.

This is the most frequently asked question back in the USA… Guinness really is better here. 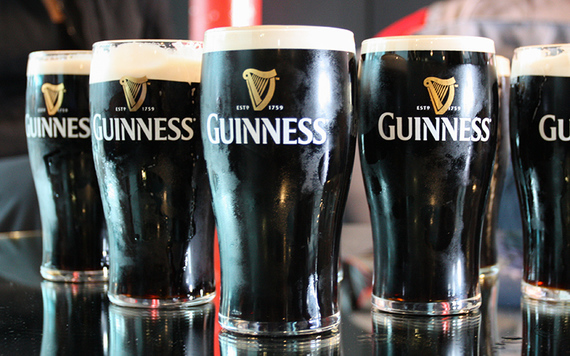 Guinness really is better in Ireland.

I don't know what it is, but it's so much smoother here. I think there are a couple of things that makes Guinness the best drink:

The hatred of cats over here goes over my head. 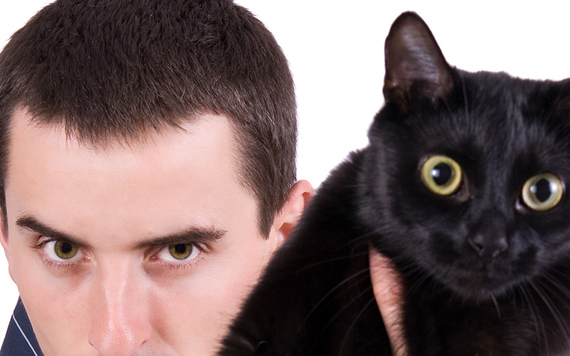 I grew up in a fairly rural area, and cats always meant less pests. I knew people that didn't like cats, but it was always like, "I prefer dogs."

Over here you tell people you have a cat and some people get visibly upset. I always think it's funny. I live next to a river, so I'd rather have one cat than 100 rats. That's just me though.

Macroom's Oat Porridge is the best thing this country's got going for it. 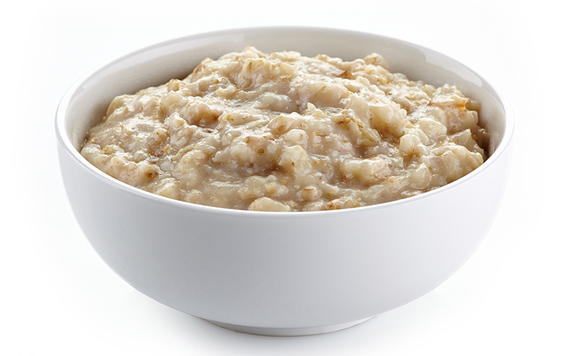 This porridge may be the best thing about Ireland.

I sincerely challenge you to find a better national product. The best oats you will find anywhere. Second only behind a blaa.

Hurling is so great.

I think what you grew up watching is always going to be your favorite sport. You compare everything else to it. I grew up watching American football. To me, that is the way sport is. But hurling is so great.

One of my favorite things I ever did was bring one of my buddies to Semple Stadium in Thurles, Co Tipperary to watch a game. His three main takeaways were this:

I have come a long way from where I first was with understanding Irish accents. 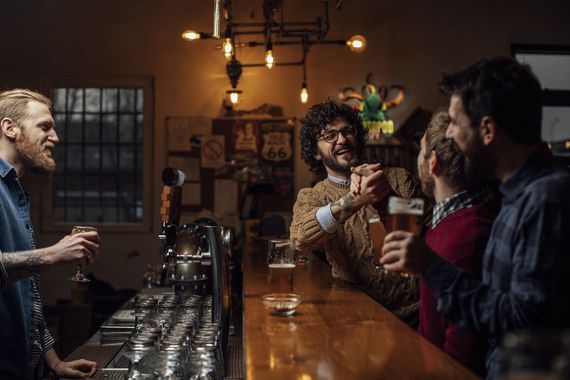 My mom still doesn't 100 percent understand what my father-in-law is saying. I think the accents everyone has adds so much to the fun of Ireland. You always know where someone's from!

*Steve Marshall is originally from Washington D.C. and has been living in Waterford for about four years now at this point. This article was originally published on www.reddit.com/r/ireland.