Nuclear war, hurricanes, plagues, famine - is this the End of Times?

There really is a lot of reckoning going on. 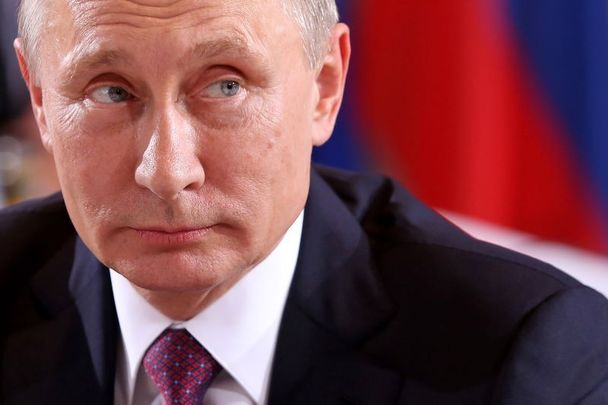 Religious conservatives often talk about “end of days” and “end times” being close, especially when catastrophes strike. We have had enough calamities recently that speculation about the end is once again filling evangelical minds.

In Ireland as a kid, such apocalyptic visions were the stuff of ordinary. Any time we looked at a girl or stole an apple or lied or omitted a sin in Confession, we were incurring God’s wrath.

The evangelists still hold that view. Furthermore, they have bought into the apocalypse.

Any day now, we can expect the pale horse from the Four Horsemen of the Apocalypse to show up scaring the bejesus out of everyone in sight.

Evangelists reckon they will be okay when calamity hits as Jesus returns and what they call “the rapture” occurs when he takes believers off to heaven.

If you happen to be Jewish or non-Christian, too bad, because after the rapture comes the Day of Reckoning when you are called to account for not being Christian.

You are pitched into the vast void of emptiness, and you can watch true souls like Newt Gingrich and Donald Trump whiz by on the one-way trip to heaven while you get to shake hands with the devil.

There really is a lot of reckoning going on. There is Russia’s stated pledge to use nuclear bombs against Ukraine if pathetic Putin does not get his way.

This no longer looks like an idle threat. He’s a small man like Hitler, no doubt worried that people talk about him behind his back.

Napoleon had the same problem but at least he had Josephine. Putin apparently has an acrobat wife or mistress who can twist herself like a pretzel. Useful that, if you are trying to get in the gates of heaven. Then there are the biblical floods in Florida and Puerto Rico to attend to, though if you were watching mainstream news, Puerto Rico hardly matters, it seems.

Poor Fort Myers looked like a hurricane had hit it, which is exactly what happened. I emailed a friend in nearby Naples. He was on the third floor and the water reached the second.

One can only imagine the anxiety watching it creep up inch by inch. Thankfully it stopped.

Floods and nuclear attacks are only the half of it. Pestilence is another prophecy, and what else was Covid-19 but pestilence at its very peak.

At least that one seems in the rearview mirror, and the brief scare about Monkeypox has faded. If one breaks out in Britain, we can call it “pox Britannia.”

Famine is with us again, with horrific stories out of Somalia and a huge food shortage brought about by soaring gas prices making deliveries much more difficult.

'Give us this day our daily bread' is an unreachable assignment for millions starving around the world. We need a miracle with the loaves and fishes.

What do we do with so many deadly cross currents flowing through our earth just now? You read workers in several Arab countries can no longer work outside as their body temperature coolant – i.e., their sweat – can no longer handle the fearsome power of the sun.

But there is no global warming. My favorite story about that involves James Inhofe, a senator from – where else? – Oklahoma, who brought a snowball into the Senate after a snowstorm saying global warming was a hoax because snow continued to fall every winter.

In the face of such ignorance, it is almost impossible to argue.

End of Times or Crazy Times?

Hopefully the latter. But bring your bible to work just in case.