Ireland has responded after Vladimir Putin announced that Russia would be signing "treaties on the accession" of four areas in Ukraine. 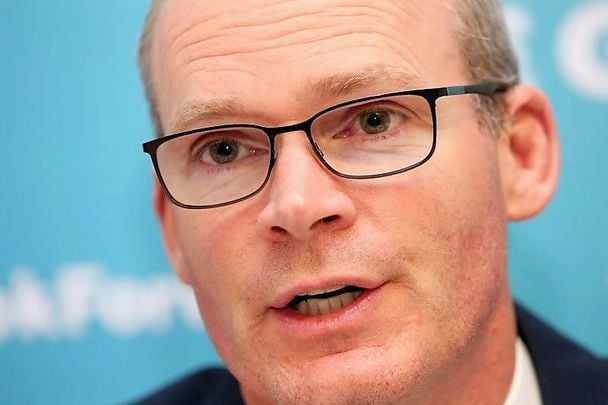 “Ireland does not and will not recognise the forcible changing of Ukraine’s borders,” Ireland’s Minister for Foreign Affairs Simon Coveney said today, September 30.

“The decision by the Russian Federation is a clear violation of the UN Charter.”

Ireland's Minister for Foreign Affairs, @simoncoveney, has condemned the decision by the Russian Federation to launch a process to annex part of the territory of Ukraine. pic.twitter.com/M9lDFOaQWy

Coveney was responding to President of Russia Vladimir Putin’s announcement on Friday that referendums have been held in four areas in Ukraine and that "the people have made their unequivocal choice."

He added: “I want the Kiev authorities and their true handlers in the West to hear me now, and I want everyone to remember this: the people living in Lugansk and Donetsk, in Kherson and Zaporozhye have become our citizens, forever.”

Elsewhere on Friday, the Council of Europe’s Committee of Ministers, of which Coveney is the chair, said in a joint statement that it “strongly condemns the decision of the Russian Federation to proceed with the illegal annexation of territories it currently occupies in Ukraine.”

Prior to Putin's announcement, Coveney said on September 28: "Ireland rejects the sham referendums which have just been conducted in occupied Ukrainian territory by Russia and its proxies.

"These referendums are both illegal and illegitimate.

"They are illegal because they violate the UN Charter and Russia’s obligations under international law, including the law of occupation. They also ignore Ukraine’s Constitution, which provides a legal basis for any referendum that would affect the territorial boundaries of Ukraine.

"They are illegitimate because they do not reflect the popular or freely expressed will of the Ukrainian people. Over 1 million people from those occupied territories have been moved to Russia as a result of Russia’s military invasion, including by forced deportation; and more than 7 million people are internally displaced within Ukraine because of this war.

"Ireland will never recognise Russian claims to illegally-annexed parts of Ukraine, and will remain steadfast in its support for the people of Ukraine."

Earlier this week, Russia's Ambassador to Ireland Yury Filatov said on The Pat Kenny Show: “I don’t think Ireland is our enemy.

“I know many people in the country who are still friends of ours and will be I am pretty sure.

“The [...] policies of the Irish Government is something else. There is certainly an unfriendly policy towards Russia and that has been stated quite clearly on many, many occasions."

Filatov told Kenny that he "does not see any inclination" for Russia to use nuclear weapons.

In February, Russia launched what it called a "special military operation" in Ukraine. The conflict has continued, and on September 21, Putin announced a "partial mobilization" which will see military reservists "called up."

The latest figures from Ireland's Central Statistics Office show that there have been 47,962 arrivals in Ireland from Ukraine as of August 7.