Ireland's Embassy in Kyiv, the capital of Ukraine, has resumed operations after it switched to remote work amidst the Russian invasion in February. 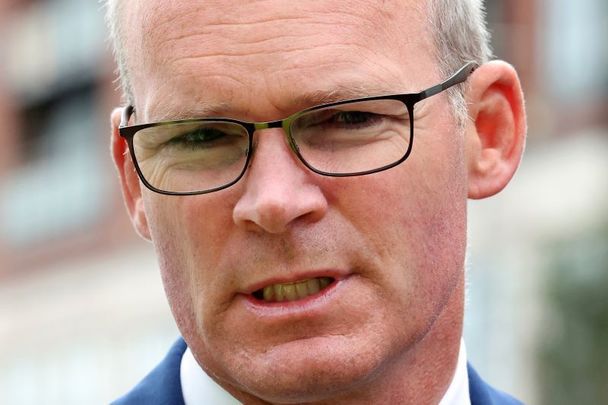 The Embassy of Ireland to Ukraine has resumed operations in Kyiv after operating remotely since the Russian invasion of Ukraine in late February.

Announcing the re-opening on August 22, Ireland's Minister for Foreign Affairs Simon Coveney said that “as the Embassy resumes its operations on the ground in Kyiv, the team’s key priority will be renewing and building their network of contacts with Ukrainian government officials to better inform Ireland’s provision of support and assistance to the government and people of Ukraine.”

Minister Coveney said in a tweet that reopening the Irish Embassy in Kyiv "is an important statement of solidarity and support to Ukraine." He also reiterated Ireland's support of Ukraine's entry into the European Union.

Reopening our Embassy in Kyiv is an important statement of solidarity and support to #Ukraine. #Ireland will be there for Ukrainians, through this war, for the rebuilding process in the aftermath and on the pathway to #EU membership! #StandWithUkraine ?????? https://t.co/Va8l5VNSBa

In common with other Embassies operating in Ukraine, the Irish Embassy will be functioning with very limited capacity to provide any in-person consular assistance, the DFA said.

Ireland's Department of Foreign Affairs said it is closely monitoring the situation in Ukraine together with its EU and other international partners. The Department continues to strongly advise against all travel to Ukraine, for any purpose. More information can be found here on the DFA's website.

The Irish Embassy in Kyiv is resuming operations nearly six months to the day since Minister Coveney told the Dáil that it would be ceasing operations.

"Our embassy is no longer operating in Kyiv and our staff and other staff are transferring to a safe place as we speak," Coveney said on February 24. Earlier that day, Russian President Vladimir Putin had announced a "special military operation" to demilitarize Ukraine in a televised address at around 5 am local time.

Ireland formally opened its Embassy in Ukraine on August 23, 2021. In April of this year, Minister Coveney was the first foreign minister from a UN Security Council state to visit Ukraine in the wake of Russia’s invasion. During his trip to Kyiv, he visited areas directly impacted by the war and held meetings with officials, including his Ukrainian counterpart Dmytro Kuleba.

According to Ireland's Central Statistics Office (CSO), there have been 47,962 arrivals from Ukraine in Ireland as of August 7, 2022.