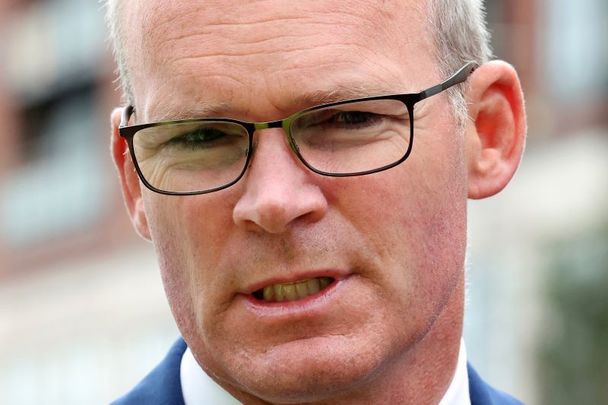 “I deem it necessary to make a decision that should have been made a long time ago – to immediately recognize the independence and sovereignty of the Donetsk People’s Republic and the Lugansk People’s Republic,” Vladimir Putin, the President of Russia, said in a televised address today, February 21.

In recognizing the regions, Putin defies the warnings of Western nations and "paves the way for Russia to openly send troops and weapons to the long-running conflict pitting Ukrainian forces against Moscow-backed rebels," Al Jazeera reports.

Ireland’s Minister for Foreign Affairs Simon Coveney said today's development is “very negative” and in breach of the Minsk Agreement:

Coveney said in a statement later in the day on Monday: "Ireland’s support for Ukraine’s sovereignty and territorial integrity within its internationally recognised borders and its right to choose its own foreign and security policy path is unwavering.

"The decision by the Russian Federation to proceed with the recognition of the non-government controlled areas of the Donetsk and Luhansk oblasts of Ukraine as independent entities contravenes international law, is a blatant violation of Ukraine’s territorial integrity, and marks a clear and unilateral breach of the Minsk agreements.

Ireland’s support for Ukraine’s sovereignty & territorial integrity is unwavering.
The decision by Russia to recognise the areas of Donetsk & Luhansk contravenes international law.

Ireland's Department of Foreign Affairs has been advising against all travel to Ukraine since February 14 and has asked Irish citizens to leave the country immediately by commercial means. Since then, more than 100 Irish citizens had registered with the Irish Embassy in Kyiv, the capital of Ukraine.

President of the European Union Ursula von der Leyen and President of the European Council Charles Michel also responded to Putin's move on Monday. They said in a statement that they "condemn in the strongest possible terms the decision by the Russian President to proceed with the recognition of the non-government-controlled areas of Donetsk and Luhansk oblasts of Ukraine as independent entities.

"This step is a blatant violation of international law as well as of the Minsk agreements.

"The Union will react with sanctions against those involved in this illegal act.

"The Union reiterates its unwavering support to Ukraine's independence, sovereignty and territorial integrity within its internationally recognised borders."

Both von der Leyen and Michel shared the same brief statement on their Twitter feeds, with Michel tagging Volodymyr Zelensky, the President of Ukraine, and Joe Biden, President of the US.

The recognition of the two separatist territories in #Ukraine is a blatant violation of international law, the territorial integrity of Ukraine and the #Minsk agreements.

The EU and its partners will react with unity, firmness and with determination in solidarity with Ukraine.

The recognition of the two separatist territories in #Ukraine is a blatant violation of international law, the territorial integrity of Ukraine and the #Minsk agreements

EU and its partners will react with unity, firmness and determination in solidarity @ZelenskyyUa @POTUS

In the US, President Biden scrapped a visit to his family home in Delaware amidst the developments. President Zelensky said he spoke with President Biden on Monday and that more discussions will commence.

Discussed the events of the last hours with @POTUS. We begin the meeting of the National Security and Defense Council. A conversation with @BorisJohnson is also planned.

The White House further said in a statement on Monday afternoon: “We have anticipated a move like this from Russia and are ready to respond immediately.

"President Biden will soon issue an Executive Order that will prohibit new investment, trade, and financing by U.S. persons to, from, or in the so-called DNR and LNR regions of Ukraine. This E.O. will also provide authority to impose sanctions on any person determined to operate in those areas of Ukraine. The Departments of State and Treasury will have additional details shortly. We will also soon announce additional measures related to today’s blatant violation of Russia’s international commitments.

“To be clear: these measures are separate from and would be in addition to the swift and severe economic measures we have been preparing in coordination with Allies and partners should Russia further invade Ukraine.

“We are continuing to closely consult with Allies and partners, including Ukraine, on next steps and on Russia’s ongoing escalation along the border with Ukraine.”