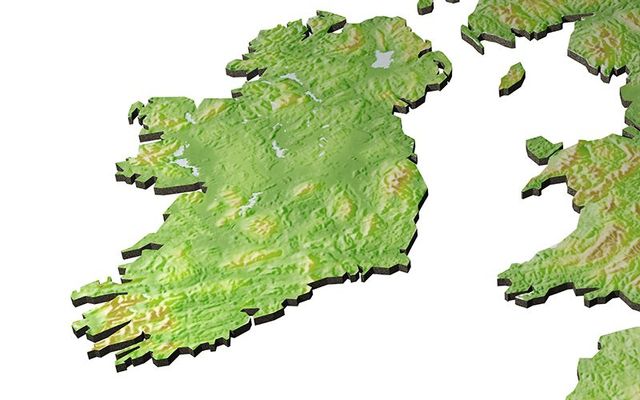 Ireland: Could a United Ireland be in sight as Catholics outnumber Protestants in Northern Ireland. iStock

Is a United Ireland  a valid objective as 45.7% of Northern Ireland's population now identify as Catholic? It is  a thought that 100 years ago would have seemed unfathomable.

It was the supreme act of gerrymandering, the creation of the Orange State of Northern Ireland in 1922. Every possible pathway to power for the Catholics who made up 33 percent of the population was blocked.

Lassoed against their will into the Orange State, Catholics were expected to tug their forelock in the presence of their lords and overseers and form a permanent underclass.

The original population of about 1.5 million in 1922 was based on a demographic sure shot that Northern Ireland would always feature a unionist majority. So the imperial power in London drew up its map and created what they thought was a permanent reality.

Then they closed the book on it. Protestants were 66 percent of the population and Catholics 33 percent ensuring an Orange State forever, or so they thought. To make sure they even gave extra votes to propertied businessmen, all unionists, to nail down that majority further.

Incredibly, one of the earliest slogans of the nationalist civil rights protestors was “one man, one vote.” Even the white South Africans never attempted to hand out extra votes like confetti to their followers.

A century later, amazingly, the Orange State is no more. The latest 2021 census figures for Northern Ireland, just released, show that 46 percent of residents registered as Catholic and 44 percent as Protestant.

The world has turned upside down.

The signs were there, of course. The recent Assembly election put Sinn Fein in position to form the next government. It was a huge win and a clear sign the tides of history are turning.

The new figures are stark. The number of those who identify as Protestant has fallen from 66 percent in 1922 to 44 percent if we round up the number today.

Meanwhile, nationalists have leaped from 33 percent to 46 percent.in the same period. The nationalist population is also much younger, sealing any chance the days of unionist misrule will return.

If we were to stargaze another century ahead and have the same percentage shift, it would roughly be 66 percent Catholics to 33 percent Protestant.

Of course, that will never occur. Within 10-15 years a border poll might well settle the question.

But how to accommodate unionism in a united Ireland?

Firstly, by making it clear the old order no longer rules. Second, by offering far more generous terms in the sense of participation in a new Ireland than nationalists ever received.

Neither side should be able to make unconditional demands. Let there be a dialogue of the hearing, not the deaf, with nothing off limits and recognition by both sides that change has to come.

Someday soon unionism will feel, once again, the betrayal of their lords and masters in London who would like nothing more than to be rid of the contagion called Northern Ireland.

They should not take it personally. This occurred in India and many other countries too.

A dynamic, inclusive, united Ireland is the only valid objective.

The days of “woe to the conquered” are truly over, but so is unionist hegemony.

The dismantling of the Orange State has begun and let there be no doubt – Ireland is on its way to becoming a nation once again.

*This editorial first appeared in the September 28 edition of the weekly Irish Voice newspaper, sister publication to IrishCentral.