Rise in those who identify as "Irish only" in Northern Ireland, Census 2021 reveals

The latest Northern Ireland Census has shown an increase in those that identify as Irish or Northern Irish while there has been a fall in the number of people who identify as British. 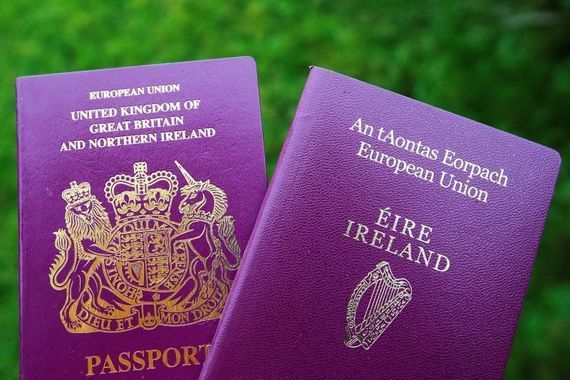 Statistics from the Northern Ireland National Identity Census 2021 reveal that there has been an increase in the number of people who identify as Northern Irish or Irish.

The fastest growing group proportionately is those people with ‘Other National Identities’ - typically from outside UK and Ireland. This is up from 61,900 people in 2011 to 113,400 people in 2021.

Previous 2021 Census results show that Northern Ireland now has more Catholics than Protestants. This is the first time in 101 years, since census records began, that Catholics have outnumbered Protestants.

The 2021 census also shows that there has been an increase in the number of people in Northern Ireland holding an Irish passport. These figures increased from 375,800 people in 2011 to 614,300 people in 2021. That is an increase of 63.5%, consistent with the increased demand for Irish passports since Brexit. The numbers holding a UK passport solely or jointly decreased slightly from 1.07 million in 2011 to 1 million.