Joe Kennedy III has emerged as the favorite to become Biden's US Special Envoy to Northern Ireland, a role which has been vacant since January 2021. 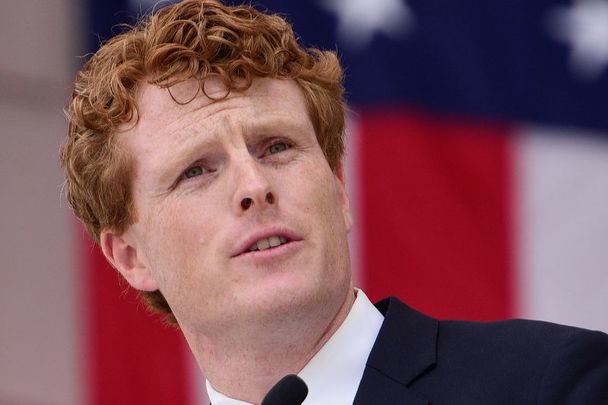 Kennedy, the former Massachusetts congressman who served four terms, spoke recently in Ireland at the Kennedy Summer School in New Ross, Co Wexford, and has been a frequent Irish visitor. He kept a close eye on Irish issues when in Congress.

Bloomberg News reported this week that an announcement on the US Special Envoy, long lobbied for by Irish American groups, would be made early in the new year.

President Biden himself is expected to visit Northern Ireland in April to celebrate the 25th anniversary of the Good Friday Agreement.

Biden and the late Ted Kennedy were close allies, both reveling in their Irish roots. Since coming into office, Biden appointed Caroline Kennedy as Ambassador to Australia.

Joe Kennedy III was a rising star in Congress, even giving the State of the Union rebuttal speech in 2018, but made an ill-fated decision to challenge incumbent Senator Ed Markey who defeated him handily in 2020.

Following the defeat, Kennedy signed up as a commentator for CNN but has not ruled out a return to politics.

The Special Envoy will be arriving at a critical time with Brexit undermining the relationship between Britain and Ireland. The appointment has been sought by Irish American leaders who point to the current stalemate with the parliament not convening in contrast to the dramatic progress that was made when former Senator George Mitchell was first appointed. He became a key architect of the Good Friday Agreement in April 1988.

Joe Kennedy III is the son of Joe Kennedy II who was outspoken on the North when he was in Congress, once telling British troops to ”go home” when he was stopped and searched in Derry. His uncle Teddy, however, was more moderate, and played a key role in the Irish peace process.

The fact that a fellow Massachusetts politician, Claire Cronin, is Ambassador to Ireland would be of significant help if Joe Kennedy is appointed. On a personal level Kennedy is widely liked. When he was in Congress his financial records showed he had a net worth of $18 million from the Kennedy trust fund.