The Kennedy Summer School is a festival of Irish and American politics, history and culture held in the Wexford town where JFK visited in 1963. 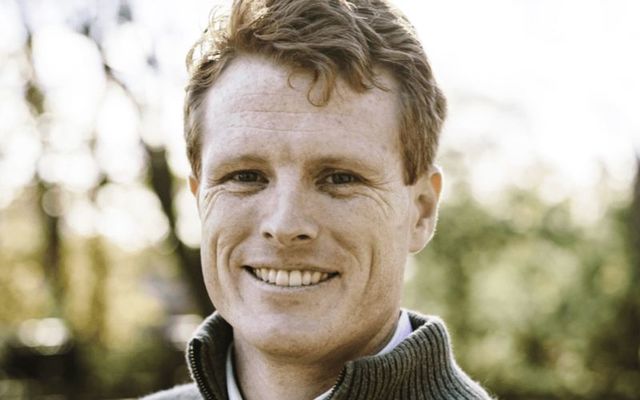 Joe Kennedy III,  a U.S. politician and grandson of Robert Kennedy, will make a keynote speech at the annual Kennedy Summer School, which is set to take place in New Ross, Co. Wexford, on September 8 - 10, 2022.

The Kennedy Summer School is an annual festival of Irish and American politics, history and culture. It is held in the Wexford town where former US president John F Kennedy visited in 1963.

In addition, the Irish American State Legislators’ Caucus will join a panel discussion, and a host of politicians, political commentators and correspondents and leading global academics will all join in the discussions.

This year's Summer School will feature more than 40 guest speakers from both sides of the Atlantic who will focus on topical issues in Irish and U.S. politics, along with a focus on Russia and Ukraine, plus a focus on the 100th anniversary of Michael Collin’s death, and a discussion on Sustainable Futures and political impact.

Announcing the program details for the upcoming event,  Chairman Willie Keilthy said: “We are delighted to announce an exciting program of events for what is the 10th year since we commenced the Kennedy Summer School. There is no shortage of topics from our own politics in Ireland and the impact of the Ukrainian war on Europe and beyond to Biden’s political impact on global inflation and more, we will also look back as we approach the 100th anniversary of the death of Michael Collins and talk about the young leaders who were all lost too soon.

"It is a joy to this year be in a position to welcome audiences back into St Michael’s Theatre, we have missed what has always been insightful and lively audience interaction and look forward to faces old and new in New Ross this September.”

**NEWS** #JFKSS 2022 is launched. In New Ross from Sep 8- 10, with US politician and grandson of JFK, Joe Kennedy, giving a keynote address. There be talks on: #UkraineRussianWar, Michael Collins 100 years on, & experts on Irish & US politics. For more, https://t.co/imrBR4HStR pic.twitter.com/Vib1qCTrSA

The 2022 Summer School will open on September 8 with a panel discussion on ‘Sustainable Futures,’ on working together for policy and political change in combination with personal responsibility, with Matthew Jebb of the National Botanic Gardens, Senator Grace O’Sullivan, journalist Jo Linehan, founder of GIY Michael Kelly, youth activists Alannah Wrynn and Anabel O’Hora of the National Youth Assembly on Climate chaired by David McCullagh.

In the afternoon, a Tea Party at the JFK Memorial Park will honor the moment when President John F. Kennedy stood in the yard of his ancestral home in New Ross and drank tea with his Irish cousin Mary Ryan. Irish broadcaster Mary Kennedy will host the event, which will feature a screening of the Peggy Walsh film of JFK visiting New Ross in 1963.

Also that afternoon, authors Neal Thompson, Professor Sarah Churchwell, Larry Donnelly, Dr Brian Murphy and Professor Donnacha Ó Beacháin will donate their titles on US politics and the Kennedys to the Kennedy Book and Research Archive at New Ross Library.

On Thursday evening, US Ambassador to Ireland Claire Cronin will officially open the summer school and give a short public interview.

Failte Ireland will then take the stage with a panel of tourism experts to discuss the impact of the global economy and the pandemic on Ireland’s tourism and hospitality sector.

This will be followed by the Edward M Kennedy lecture, which will see Senator Tom Clonan, Prof Donnacha Ó Beacháin, Tony Connelly and Shona Murray discuss ‘Putin’s War: The Invasion of Ukraine and what it mean for Europe?’, and, at 7pm, a discussion of life in the Irish tourism sector with Wexford natives Paul Kelly, CEO Fáilte Ireland, and Siobhan McManamy of Tourism Ireland.

On Friday at 12.30 pm, Minister Simon Harris will take to the stage at the Kennedy Summer School Speakers Lunch. Delegates and invited guests can meet and mingle with the 2022 summer school speakers at the JFK Memorial Park & Arboretum. Boston College hosts this lunch event.

The annual Kennedy Summer School session bearing the name of the summer school founder, the late Noel Whelan, ‘The Noel Whelan Interview’ with a "yet-to-be-revealed VIP guest" will be unveiled at a later date.

Many people have been asking about this year’s Kennedy Summer School (@JFK_SS). Well, here is our initial announcement with more details to come. A great three days coming up in New Ross from 8-10 September. Stay tuned! https://t.co/gjqMggT2Nx

The keynote speech by Joe Kennedy III will follow the interview.

Joe Kennedy III, the great-nephew of John F. Kennedy, is a lawyer and politician who served as the US representative for Massachusetts's 4th congressional district from 2013 to 2021.

Events will close on Friday evening with a discussion on Ulysses and Gatsby, 'Irish and American Geniuses at Work,' with Prof Philip McGowan, Prof Sarah Churchwell, and Ambassador Dan Mulhall.

Saturday at noon, "taking things off the air and onto the stage" will be Cal Thomas and Marion McKeone.

Later in the afternoon, US politics will be the topic of discussion with Prof Sarah Churchwell, John Feehery and Royston Brady.

The event will close on Saturday evening with a panel from the American Irish State Legislators’ Caucus, which will join Senator Mark Daly in conversation with Larry Donnelly.

The Kennedy Summer School and Festival is hosted in association with the John F. Kennedy Trust, New Ross and Wexford County Council.

The 2022 Kennedy Summer School program of events is now available online at www.kennedysummerschool.ie. Tickets for the event are now available on the website or call St. Michael’s Theatre on 051 421255.