John F. Kennedy’s great-nephew rules out having his sights set on a higher political office. 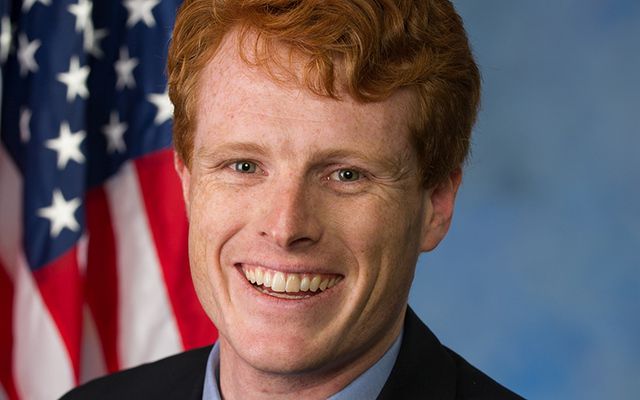 On the 100th birthday of President John F. Kennedy, many members of his family reflected on the influence of the 35th President on both the US, the world, and on their own lives. Among them was Rep Joe Kennedy III, the latest member of the Kennedy clan to continue on their political dynasty as a representative for Massachusetts.

Although born in 1980, almost 17 years after JFK’s assassination, the 36-year-old is already being linked to a run for higher office although he himself denies that he has yet set his sights on further political ambition, instead deciding to focus on his young family.

“None of that is on my mind at the moment,” Kennedy told WBUR.

“This job is demanding. I have an amazing wife and a beautiful little girl that I don’t see often enough at the moment. Trying to balance the challenges of a legislative agenda here, trying to push through some bills that I believe in, that I hope will gain bipartisan support, and trying to spend time with an infant little girl is pretty much all the time that I can require at this point.”

In fact, despite his family’s history, the young Kennedy claims he felt no pressure at all to pursue a career in politics and it was his father Joe Kennedy II who most pushed him not to run for office.

“This is only something that I think anybody should do if they are committed to wanting to do it,” he explained.

“And if you're not doing it because it's something you believe in that you want to do, it's going to be a pretty brutal experience. And my dad, my family, pushed me pretty hard to make sure that this was something that I wanted to do personally and not for any other reason — and I'm grateful for that.”

President Kennedy didn't just ask a generation to serve. He promised them a country worthy of their service. #JFK100

With his father’s friends made up of fellow senators and congressmen, however, it was hard to avoid politics as a child and Kennedy believes he was set an example early in his life to try and make the world a better place, his family members setting a high bar for him in terms of striving for the country’s success.

“The success that some of my family members have had in their commitment to this country and how they were able to push our country to a better place is something I admire, but anybody trying to emulate that level of success or that level of commitment — I think that's a high bar to set,” said Kennedy.

And JFK’s legacy, in particular, in believing the American people could do anything to work out their problems is also one that has inspired him.

“His extraordinary faith in the American people to overcome whatever obstacle is put in front of them if we come together as a people — whether that was civil rights or putting a man on the moon,” he said.

A radical notion from @RepJoeKennedy: We must take care of everyone, not just the wealthy & healthy. Add your name: https://t.co/PkCtf94xgk pic.twitter.com/Fk5P3NYiFx

“And his call to everybody to find a way to contribute to taking on those challenges, to bringing down those barriers and to push our country forward.

In the lead up to what would have been John F. Kennedy’s 100th birthday, his daughter Caroline and three grandchildren also reflected on the impact of the Kennedy legacy, revealing that she thinks about and misses her father every day, being just short of six years old when he died.

“I’ve thought about him, and missed him, every day of my life,” said Caroline, the only living child of President John F. Kennedy and his wife Jackie Kennedy Onassis.

“Growing up without him was made easier by all the people who kept him in their hearts, who told me that he inspired them to work and fight and believe in a better world, to give something back to this country that has given so much to so many,” continued the former US Ambassador to Japan, who has recently sparked rumors of having her sights set on her own Senate seat.