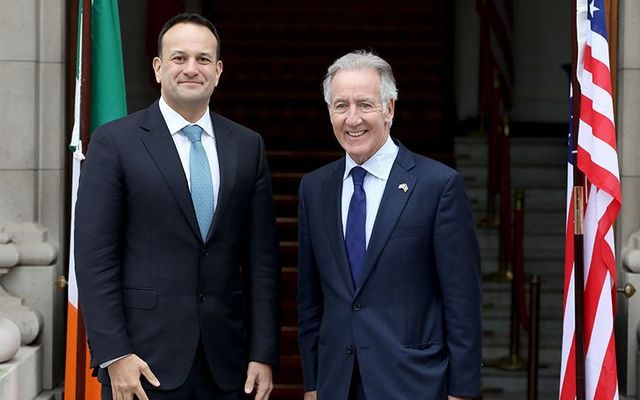 Much to the relief of Irish American activists and the Irish government, Massachusetts Democratic Congressman Richard Neal, Ireland’s most prominent supporter in Congress, was re-elected to the House.

Congressman Richard Neal, who is chairman of the Friends of Ireland Caucus and head of the powerful House Ways and Means Committee, easily won his re-election race. However, it was not good news for Congressman Joseph Kennedy III who lost his senate challenge to incumbent Irish American Ed Markey, who ran out an easy winner.

Markey had started the race far behind Kennedy but ran to his left and overwhelmingly won the younger well-educated vote.

Neal faced a tough re-election primary in September, against Alex Morse, the Mayor of Holyoke, Massachusetts. Morse was endorsed by Alexandria Ocasio-Cortez, the liberal icon who had also backed senate winner Ed Markey.

Neal (71) has represented the Springfield-Holyoke 1st District of Massachusetts since 1988 and was previously mayor of Springfield.  He also has a very close relationship with House Speaker Nancy Pelosi and accompanied her on her Irish visit last year.

Richie Neal and Nancy Pelosi photographed on the Derry peace bridge, in Northern Ireland, in 2019.

However, with the defeat in 2018 of former Congressman Joe Crowley, and the primary loss recently of Congressman Eliot Engel, a long time friend of Ireland, the Irish clout on Capitol Hill would have diminished greatly if Neal had lost.

Morse claimed Neal has not been aggressive enough in seeking President Donald Trump’s tax returns, which the chairman of the Ways and Means Committee is supposed to have access to. Critics also claimed he has not conducted enough oversight over Trump.

Neal’s spokeswoman countered by saying that “it was absolutely critical that no mistakes were made for Donald Trump or his various attorneys to capitalize on, so Richie Neal worked closely with House counsel and followed direction on how to proceed.”

Neal requested Trump’s federal tax returns from the Internal Revenue Service, in April 2019, but Trump ignored the request. The case is tied up in the courts. 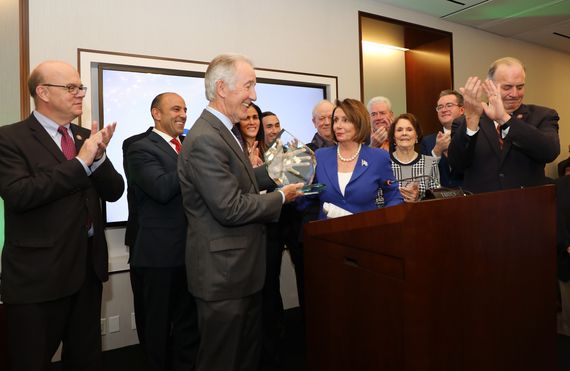 In 32 years in Congress Neal has been an indispensable friend of Ireland and Irish America.

He told Irish America magazine that it was the story of Bobby Sands, the IRA hunger striker, who died in 1981, which first got him involved in Ireland.

“The first time I got involved was in 1981 when Bobby Sands died (on hunger strike). That’s when I took up a position because people in my community were pretty outraged. You know, those guys were dying on hunger strike, and Margaret Thatcher’s response was that they were criminals.” Neal said.

“The first time I went to Ireland was around 1983; I went to visit relatives in Co. Down. In those days it was a militarized state. There were 30,000 British soldiers in an area the size of the state of Connecticut.

“My first or second speech on the House floor after I got elected was on the use of rubber bullets (in Northern Ireland)."

To Neal, Ireland was in some ways an extension of his heavily Irish district.  To this day, Neal leads the House Friends of Ireland committee, which played an essential role in the lead-up to the 1998 Good Friday Peace Agreement.

As for Joe Kennedy,  at the age 39, he may well have a future career in politics but he has become the first Kennedy to ever lose a Massachusetts election showing that a younger generation does not have the same reverence for the family that older and African American voters have. As The New York Times observed for the first time ever the Kennedy name may have been a liability.

Read more: Wake up - Donald Trump could win on November 3