Celebrating the Irish roots of F. Scott Fitzgerald, the iconic author of "The Great Gatsby." 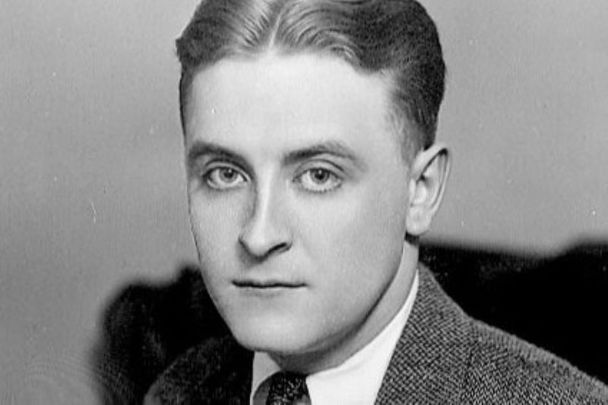 A publicity photograph of writer F. Scott Fitzgerald circa 1921 published in the June 1921 issue of "The World's Work." Public Domain

In honor of F. Scott Fitzgerald's Irish roots, we look back at the life and death of the famed author.

It is true that F. Scott Fitzgerald wasn’t much of a Catholic.

Yes, he had strong Irish roots on both his mother's and father’s side. But while his last name is as Hibernian as it can get, his full name – Francis Scott Key Fitzgerald – also reflects his family’s obsession with its Yankee Protestant roots.

Francis Scott Key, after all, was the famous author of the American national anthem, “The Star-Spangled Banner,” not to mention a distant cousin of Fitzgerald's.

Still, there are still lessons to be learned not only from Gatsby’s writing but his life. And his death.

The final chapter of F. Scott Fitzgerald’s life is well worth revisiting. Fitzgerald famously said there are no second acts in American life. The ultimate irony is that Fitzgerald himself had about 15 or 20-second acts during his tragically brief life.

Fitzgerald died at the age of 44 in 1940 while toiling away as a screenwriter in Hollywood. He had been a notorious alcoholic and suffered a fatal heart attack.

A few years earlier, Fitzgerald had written in a letter that whenever he died, he hoped to be buried in a Catholic cemetery in Baltimore where other family members rested.

“I belong here [in Maryland], where everything is civilized and gay and rotted and polite,” he wrote in a letter to Laura Guthrie, his secretary. “I wouldn’t mind a bit if in a few years Zelda and I could snuggle up together under a stone in some old graveyard here."

Ah, Zelda. Fitzgerald’s infamous flapper wife. That’s where some of the trouble begins.

Zelda Sayre, alas, was a Protestant. And though Gatsby attended Catholic schools as a boy he had lapsed as the years wore on.

In fact, the Catholic Church thought along the same lines as many readers did when Gatsby first came out. They were not impressed. Fitzgerald’s books, with their drinking and debauchery and extramarital affairs, were on a list of works deemed forbidden for good Catholic readers.

Fitzgerald may have wanted to be buried in St. Mary’s Catholic Cemetery in Rockville, Baltimore. But the request was denied. And so, reminiscent of his famous fictional hero’s own funeral, Fitzgerald’s burial was a poorly attended affair, and he was laid to rest in Rockville Union Cemetery, a Protestant facility.

After dying in a hospital fire a few years later, Zelda was laid to rest in the same cemetery.

The story doesn’t end there, however. Scott and Zelda’s only child, Frances, petitioned St. Mary’s parish officials. This was a great American author with deep ties to the area. It took three decades, but finally, in 1975, Scott and Zelda’s remains were moved to St. Mary’s.

“The church believed it important to consider his God-given talents and literary genius,” a St. Mary’s priest told The Washington Post this week.

And maybe there’s a little hope for all of us in this story. With all the fighting over abortion and birth control and gay rights, it becomes very easy for everyone to forget that forgiveness is a central tenet of the Catholic faith. God knows if O’Malley or Kenny or the millions of us who fight about the church will ever forgive anyone for anything.

But St. Mary’s parish in Baltimore, which granted a doomed, brilliant writer his last wish three decades too late, shows us that at least they might.