"When we toured Ireland, we played in Cork and the entire day I walked around in a daze. I'd never felt more spiritual in my life". 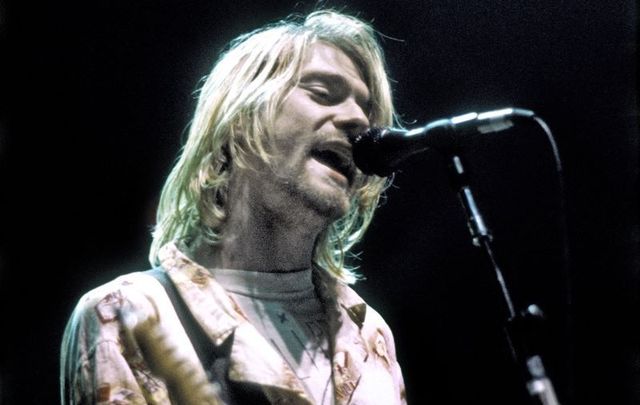 Kurt Cobain, pictured here playing his last US concert at the Seattle Arena on January 7, 1994 in Seattle, Washington. Getty

Kurt Cobain, frontman of Nirvana, tragically took his own life, aged 27, on April 5, 1994. Nine months prior to his death, Cobain said he “had a sense that [he] was from Ireland”.

There are many people and places that wish to claim Kurt Cobain as their own. First, there’s his hometown of Aberdeen in Washington, whose sign on the entrance to the town reads, “Welcome to Aberdeen, Come As You Are."

Then there’s Olympia, the capital of Washington state, where he wrote many of the tracks that featured on Nevermind, Nirvana’s breakthrough second album.

Nearby Seattle, where he lived for two years, has been long associated with the musician.

But one place that Cobain laid claim to wasn’t in Washington State. In fact, nine months before he died he said that he “had a sense that [he] was from Ireland”.

Little was known about Cobain’s heritage until July 1993, when Guitar World’s Jon Savage interviewed the musician on his world tour. When the question of identity arose, the musician said that he had recently found out that his surname was Irish.

“My parents have never bothered to find that stuff out,” he said, “I found out by looking through phone books throughout America for names that were similar to mine. I couldn't find any Cobain's at all, so I started calling Coburns. I found this one lady in San Francisco who had been researching our family history for years.”

He later discovered that ‘Coburn’ had originally been ‘Cobain’, but the family name changed when they emigrated from Co. Cork. The Cork connection was “a weird coincidence” he said, “because when we toured Ireland, we played in Cork and the entire day I walked around in a daze. I'd never felt more spiritual in my life.”

Cobain was referring to their 1991 tour with Sonic Youth when Nirvana played support in Cork and Dublin. The gig took place weeks before the release of ‘Smells Like Teen Spirit’ catapulted the band to international attention.

He said the experience had left him feeling “more spiritual” than ever before, “It was the weirdest feeling and I have a friend who was with me who could testify to this. I was almost in tears the whole day. Since that tour, which was about two years ago, I've had a sense that I was from Ireland.”

Although the subject of his Irish heritage was largely forgotten for over a decade, it was brought to light in 2010 when Tyrone woman Fionnula O’Reilly discovered that she was related to the musician.

While tracing her family tree, she discovered that her ancestors Samuel and Letitia, whose surname was originally spelled Cobane, left Tyrone and settled as shoemakers in the state of Washington. Kurt Cobain was a fifth-generation descendant from the emigrants.

It’s not known whether Cobain continued to search for his ancestors after the interview with Jon Savage. He took his own life nine months later on April 8th, 1994 - a day he was originally scheduled to be performing at the Point Theatre in Dublin.