John C. Reilly says being the International Guest of Honor in Dublin "has deep meaning as an Irish-American and I know that my father who is somewhere watching right now couldn’t be more proud." 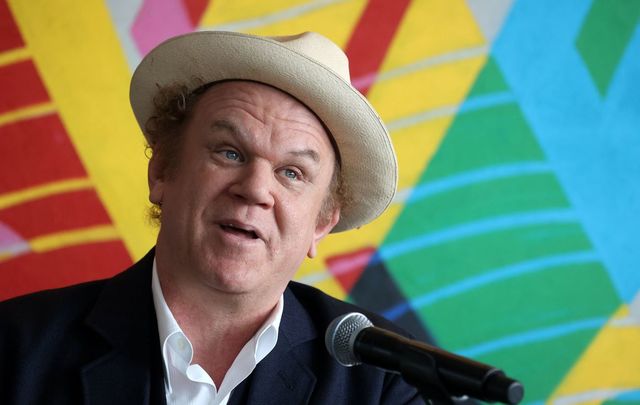 John C. Reilly at the Guinness Storehouse in Dublin. RollingNews

An International International Guest of Honor at the national St. Patrick’s Day Parade in Dublin this year, this isn't the first time Reilly's Irish ancestry has gotten him noticed.

After two years, the national St. Patrick's Day parade is back in Dublin and proud Irish American John C. Reilly has been announced as the 2022 International Guest of Honor.

Watch John C. Reilly chatting wIth US media on Grafton Street today about his excitement at being #StPatricksDay International Guest of Honour for this year’s @StPatricksFest. Be sure to watch tomorrow’s parade via livestream at https://t.co/gt6WX1fHKx #loveireland #GreenButton pic.twitter.com/udmpWAaKFQ

Reilly, who was born in Illinois, is the fifth of six children from an Irish-Lithuanian household. He grew up in Southwest Chicago in a predominantly Irish neighborhood. His paternal grandfather, along with other family members, emigrated in the 1900s to start a new life in Chicago.

Reilly is the perfect star to represent the 70 million+ Irish Diaspora around the globe and has often commented on his love for and connection to Ireland.

Speaking at a press conference at The Guinness Storehouse in Dublin the day before St. Patrick's Day 2022, Reilly said “This is a big honor for me actually.

“It might just seem like a goof to just appear at a parade but to me, it has deep meaning as an Irish American and I know that my father who is somewhere watching right now couldn’t be more proud.

“You know, I have always been a big supporter of Ireland. I have come here many, many times over the years; I have vacationed here, I have worked here but it feels especially important to come here now to let people know that Ireland is open for business again.” 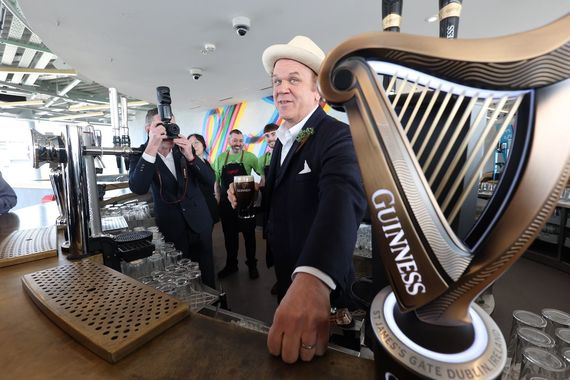 John C. Reilly at the Guinness Storehouse in Dublin.

Proud to be Irish

Back in 2019, Reilly appeared on the Late Late Show in Ireland promoting his movie "Stan and Ollie" with Steve Coogan. On the show, he joked that he'd obtained his Irish passport, whipping out his Wild Atlantic Way passport, used by travelers visiting the coastal route.

He added how much he loves spending time in Ireland and how much it means to him.

“It’s a beautiful place and every time I come here things just seem to go well for me,” he said.

“I don’t know what it is, I suppose it’s my heritage and how Ireland embraces artists.

“[But] I really would [like an Irish passport] so consider it, Mr. President!”

Sadly, Reilly has also spoken out about the racism he has suffered. In 2018 he revealed that he has been subjected to racist remarks concerning his Irish heritage.

Speaking with The Independent, the Irish American actor said, “Well, there is still a certain latent racism in England toward Irish people.”

Reilly continued, “So when I see a piece by some English writer that begins ‘I sat down with potato-faced John C Reilly’, I think to myself ‘Oh, really?’ I could make racial comparisons about people’s appearance but I wouldn’t do that."

“Because it’s to do with something Irish, it’s couched in this sort of friendly twee way but, in fact, it is racism. I mean, even the whole ginger thing being a negative. That’s just another way of criticizing Irish people. But hey, listen, we are all just hustlers out here, trying to sell our stories.”

“Some English guy leading off with a description of how I look is just trying to get someone to notice the article. What some anonymous writer says about me actually doesn’t matter.”