Joe Kennedy in fight of his life for US Senate seat

Joe Kennedy III is running against Ed Markey in the Democratic primaries ahead of the Massachusetts Senate elections. 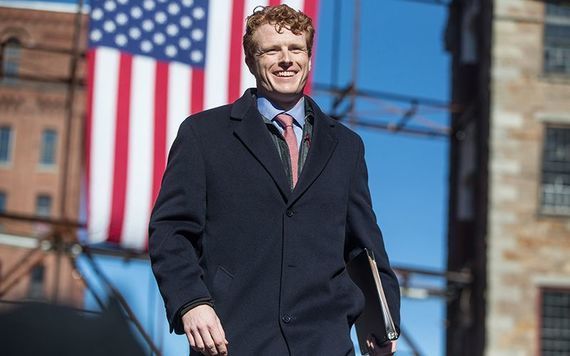 Kennedy was once considered a shoo-in for the seat due to his lead over Markey in the polls that there was widespread speculation in Massachusetts that Markey would retire rather than face the embarrassment of a humiliating defeat.

However, the veteran politician has rebounded and is currently on the warpath against Kennedy, collecting endorsements from some of America's most progressive politicians due to his previous work on the Green New Deal.

The incumbent Senator has also won the support of younger politicians thanks to his many policies that are tailored for the current climate, including liberal immigration and equality proposals.

His support of Medicare for All at a time when healthcare is such a dominant issue also appears to have garnered him support among progressives.

Whatever the reason, Markey's support is increasing rapidly and the gap between the two politicians is closing.

Markey remained on the offensive during a televised debate between the pair on Tuesday, Aug. 12, claiming that the Kennedy family was supporting a super PAC running negative ads against him.

He made unfounded claims that Kennedy's father, Joseph Kennedy II, is helping to fund the super PAC and hinted that Kennedy believes that he is entitled to the seat due to his family connections.

Markey believes that the Kennedy Family will do everything it takes to ensure that the new heir to the Kennedy throne wins the election and that they will stop at nothing to remove the incumbent Senator standing in their way.

A pro-Kennedy super PAC called New Leadership PAC has spent around $2.5 million on campaign ads, according to the Boston Globe, while single-issue environmental super PACS have spent more than $3 million on Markey's campaign.

Markey has continued to attack Kennedy's reliance on super PACs and since tweeted a video set to "Rich Girl" by Hall and Oates that appears to mock Kennedy for using a super PAC as soon as his sizable lead began to diminish.

"Free advice for Joe Kennedy. Don't rely on the old man's money," said in a tweet that linked the video, referencing the famous song and also attacking Kennedy's father for allegedly contributing to the super PAC.

However, some critics believe that Markey's attacks on the Kennedy Family will do him no favors due to the family's emotional attachment to the state of Massachusetts.

Kennedy, however, has failed to convince undecided voters why they should unseat Markey in favor of him.

Markey was first elected to the House in 1976 and has a long history of progressive voting on Capitol Hill. He has proved to be an extremely popular politician in the state of Massachusetts and a number of his supporters were greatly angered by Kennedy's decision to run against him.

Kennedy, on the other hand, has been able to attack Markey over his votes in favor of the Iraq War and the 1994 Crime Bill in addition to his previous stance on abortion.

The young politician has performed strongly in debates ahead of the Sept. 1 primary but will have to hope that the Kennedy name still holds sway over Massachusetts voters.

Most commentators seem to agree that the race is too close to call, especially since the attention of the Boston Globe and other prominent newspapers is fixed on the issue of COVID-19, leading to something of a polling drought in the state.

Consequently, voters and politicians approach September's primary in the dark.

Politico argues that Kennedy still retains a slight edge in the race, but it is razor-thin at best and he still has a huge amount of work to do in the next three weeks.