Representative Richie Neal is up against Mayor Alex Morse in the Democratic primary for Massachusetts' 1st Congressional District seat in the U.S. House of Representatives. 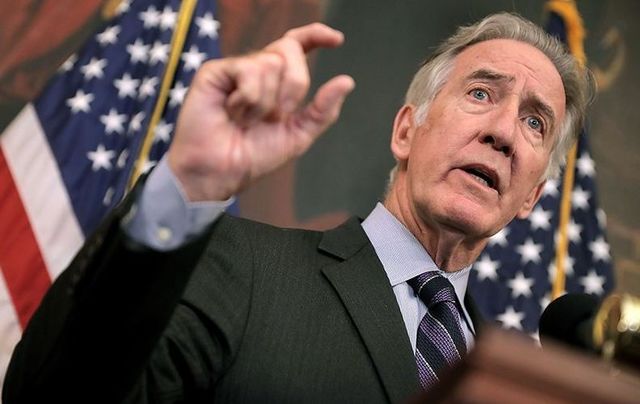 Rep. Richie Neal denies that he or his campaign had any involvement with the allegations put against his House opponent. Getty Images

Representative Richie Neal says he "will not tolerate my name being associated with any homophobic attacks."

The race for Richie Neal’s House of Representatives seat which features Neal, chairman of the Friends of Ireland Caucus in Congress, against Alex Morse, the mayor of Holyoke, Massachusetts, has exploded following accusations of sexual misconduct against Morse, as well as accusations that Neal's campaign may have planted the allegations.

On August 7, The Daily Collegian, the student-run newspaper for the University of Massachusetts, reported that the College Democrats of Massachusetts accused Morse of using "his position of power for romantic or sexual gain.”

Mayor Morse replied to the allegations in a statement to The Daily Collegian in which he admitted to having “consensual adult relationships, including some with college students” and “apologized to anyone I have made feel uncomfortable.”

Boston.com reports that Morse later said: "I believe it’s highly suspicious that this story emerged three weeks before the primary election. I will let the public, the voters, and residents of here in the district come to their own conclusions as more information seems to come to light.”

Representative Neal, who was first elected in 1989 and currently serves as the chairman of the House Committee on Ways and Means, denies any prior knowledge of the accusations put against Mayor Morse, who is a gay man.

In a statement, Neal said: “I learned about the allegations against Mayor Morse the same way everyone else did, in The Daily Collegian last week.

“I also want to be clear I will not tolerate my name being associated with any homophobic attacks or efforts to criticize someone for who they choose to love. That’s inconsistent with my character and my values.

“Any implications that I or anyone from my campaign are involved are flat wrong and an attempt to distract from the issue at hand,” Neal said. “I have been and will remain entirely focused on the respective records of myself and Mayor Morse.”

A separate statement issued by Neal's campaign said in part: “Richie has always run his campaigns based on ideas, and has always condemned personal attacks on any candidate.

“But we want to be clear — homophobia has no place in campaigns or public life.”

Neal's campaign statement added: “As we have previously said, the College Democrats independently came forward. The students named in ensuing news stories have no involvement with the Neal campaign and have never been employed by Richie or his campaign.”

Representative Neal and Mayor Morse are set to face off in a debate on August 17 ahead of the Democratic primary on September 1.